“We have no idea what war will be like. There are flags on all the houses in town, just as if we were having a festival.”

— Excerpt from the diary of Piete Kuhr, a 12-year old girl from East Prussian Province of Posen

Many thought World War I would be over in days, surely by Christmas. To many, Christmas was a time of peace and goodwill towards others, the celebration of the Prince of Peace. Each cause was just. God was on their side, but the war was not over by Christmas.

Pistol shots of an assassination on a Sarajevo street on June 28, 1914 ignited the match of war. Quickly, the growing flames led to threats, armies mobilizing, war being declared, and dreadnoughts steaming to sea.

War was romantic. War was colorful flags, spiked helmets and flashing sabers. War was an adventure. Those called to arms would be heroes, defending their homelands and way of life. Over By Christmas: August-December 1914 examines these romantic notions colliding with the harsh realities of war. The exhibit highlights the first five months of the war through specific topics or case studies including: Germany Mobilizes and Germany’s Rush to War, Invasion: Belgium and France and War in the East.

Objects and documents featured in Over by Christmas are from the extensive and diverse collection of the National WWI Museum. Most items have not been exhibited before with several recently acquired just for this special exhibition, giving new and repeat visitors a fresh viewpoint on the critical first months of the war.

One prominent case study featured in the exhibition stems from the early war in the Pacific with the S.M.S. Cormoran. Waves crashed against the hull of the Russian mail steamer, the S.S. Rjasan in the Straits of Tsushima north of Japan in a rough sea on Aug. 4, 1914. A lurking German raider, the S.M.S. Emden, spotted her as quarry. The Rjasan (originally built in Germany) was captured and soon brought to the German-controlled port of Tsingtao, China and renamed the S.M.S Cormoran. A brass and glass porthole, the lower end of a copper voice tube used to communicate between decks and an engine room steam gauge made by Schaffer & Budenberg in Magdeburg, Germany are among the exhibited items.

The exhibition showcases objects that represent different aspects of the war, including:

Open from May 3 through April 12, 2015 in Exhibit Hall, Over by Christmas is the second of the Museum and Memorial's exhibitions in observance of the World War I Centennial and in conjunction with On the Brink: A Month That Changed the World. Exhibits are included with Museum and Memorial admission and free for members.

“One of the most beautiful memories the war has given me was the sight of Paris during the first days of mobilization. The city was quiet and somewhat solemn. The drop in traffic, the absence of buses, and shortage of taxis made the streets almost silent. The sadness that was buried in our hearts showed only the red and swollen eyes of many women.” 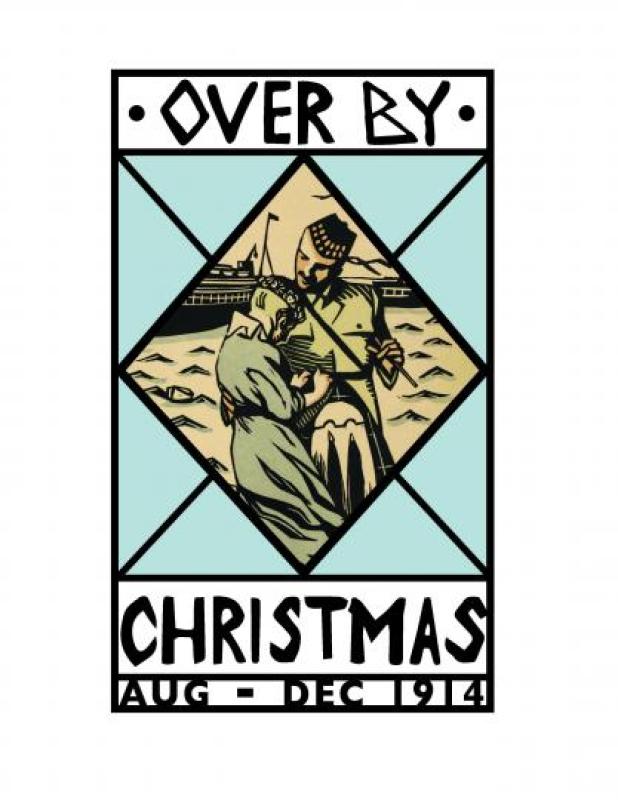 Over by Christmas logo 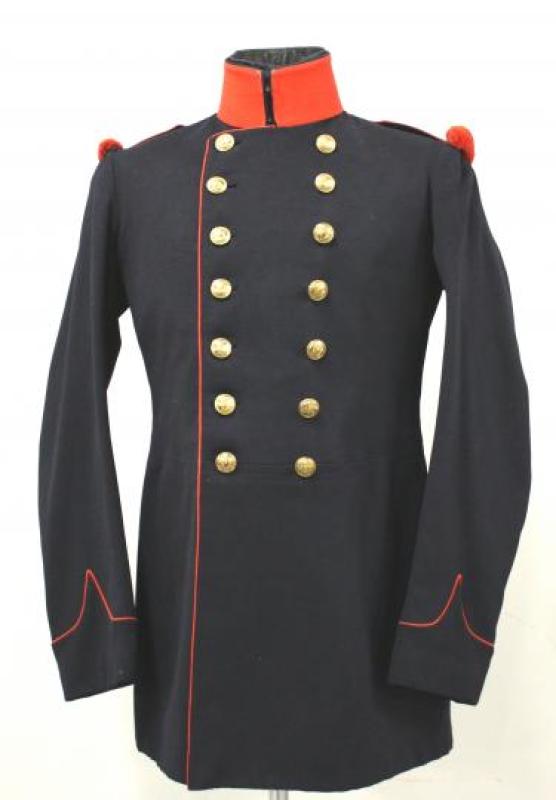 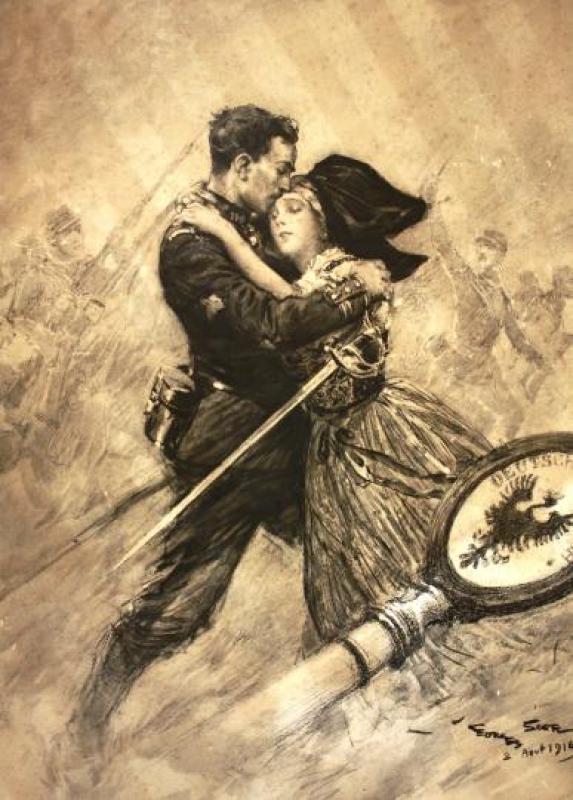 Lithograph print by French artist Georges Scott in August 1914 of the French movement into Alsace and the symbolic and romantic reunion of the French soldier and the Alsatian girl. Note the knocked-down German border sign. 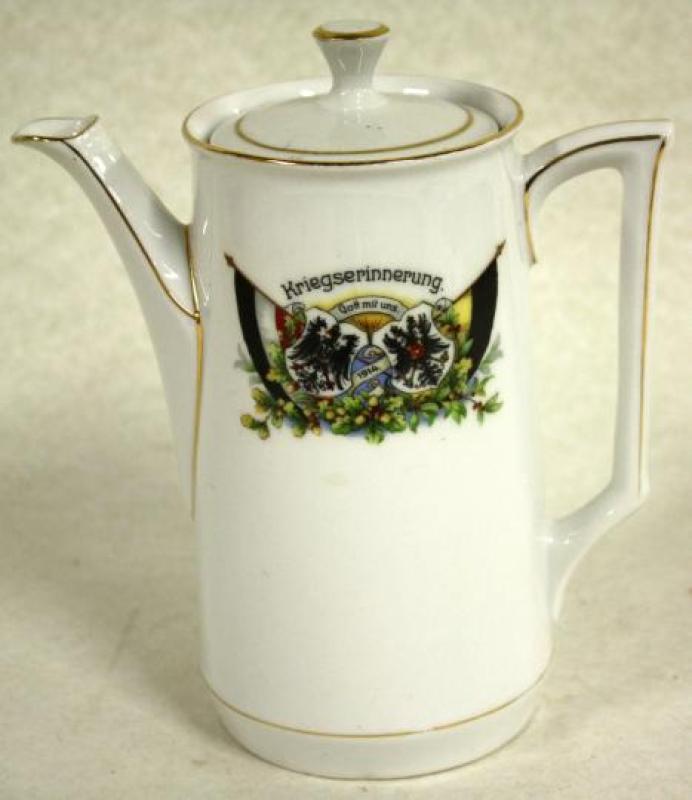 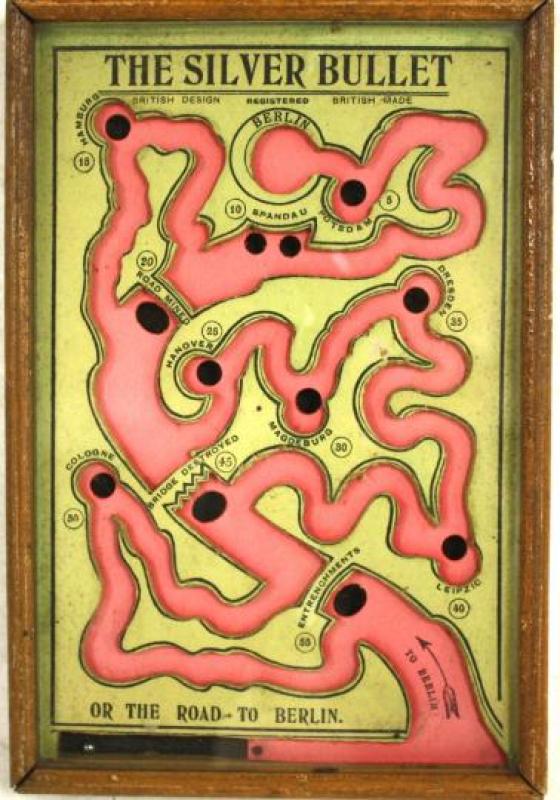 The Silver Bullet or the Road to Berlin game, 1914. The new war game of British design and British manufacture earned its name to ensure that purchasers knew it was not a German-made game. The player rolled the metal ball all the way to Berlin. 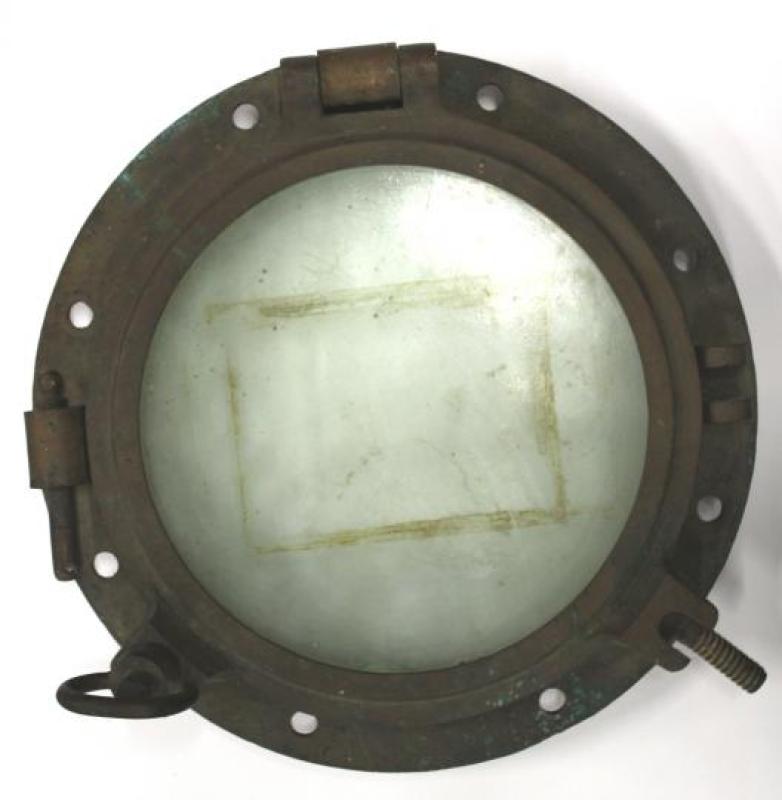 Brass and glass porthole from the S.M.S. Cormoran. 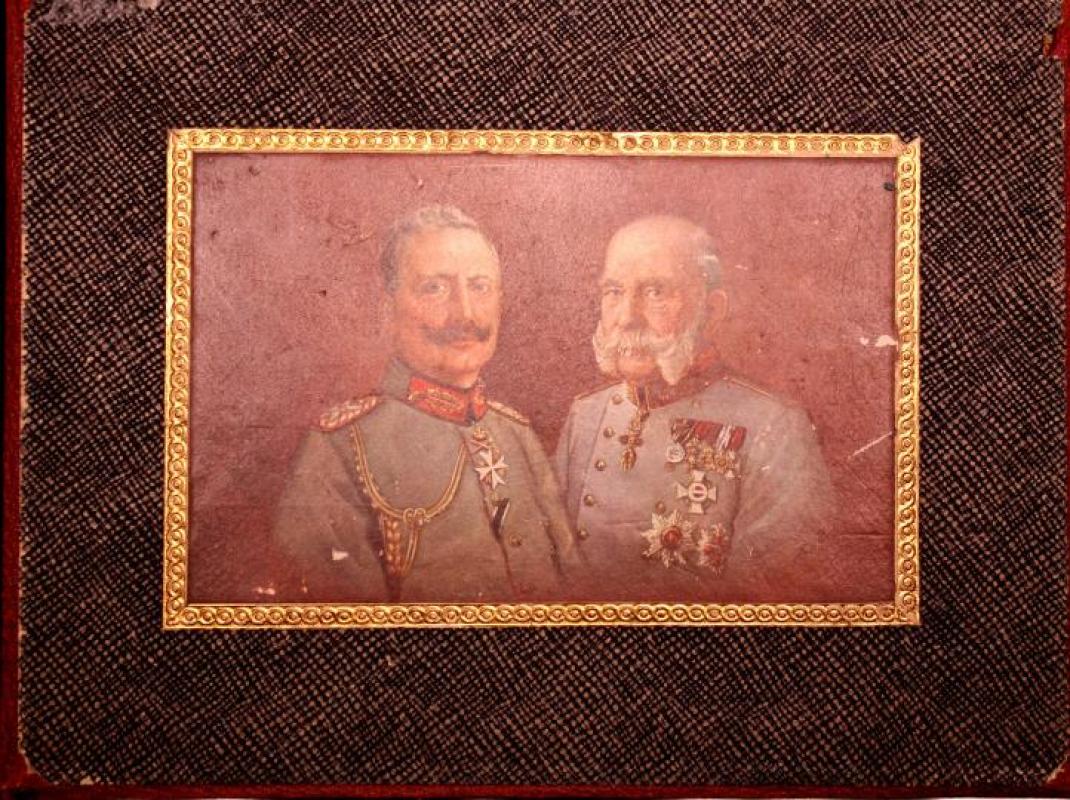 German cigar box for Christmas 1914 with the portraits of Kaiser Wilhelm II and Emperor Franz Joseph of the Austro-Hungarian Empire on the lid. Christmas wreaths and the German Iron cross decorate the interior lining. 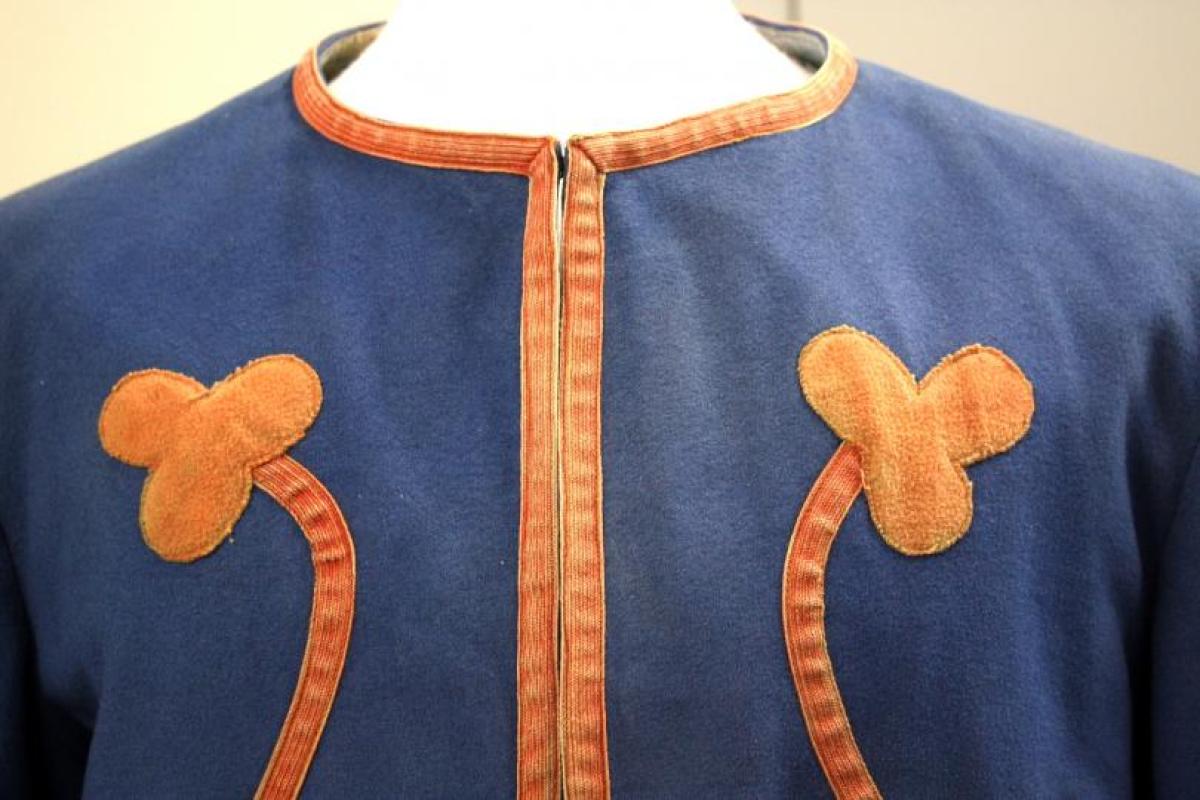 French colonial zouave infantry uniform, 1914. The infantry from French North African colonies known as zouaves were famous for their colorful uniforms before the exigencies of war made the switch to more practical uniform a necessity. 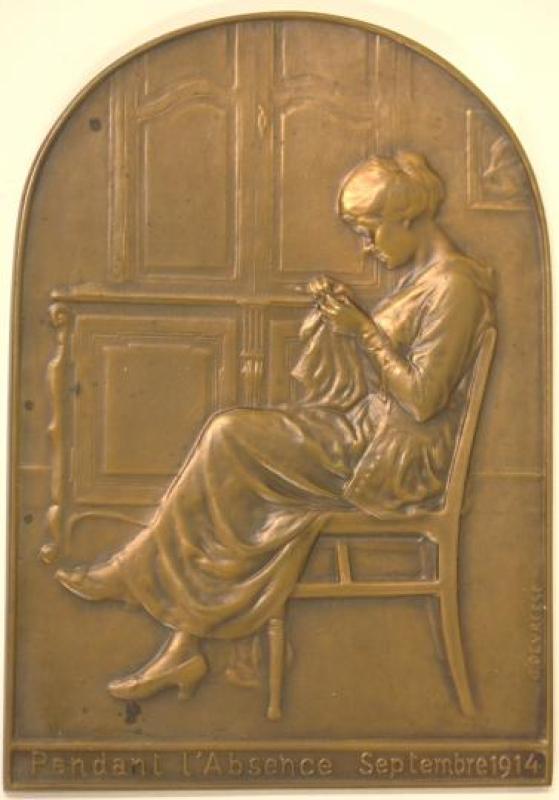 Bronze medallions created during the war honored events or individuals and their war efforts. Here, a Belgian woman is shown knitting but it also illustrates the concept of those waiting at home for their loved ones to return from war.

A sculptural reminder of the ironies of history. While we mark the Centennial of the first months of World War I, this bronze sculpture casting serves as a reminder of another centennial of war from 1814. 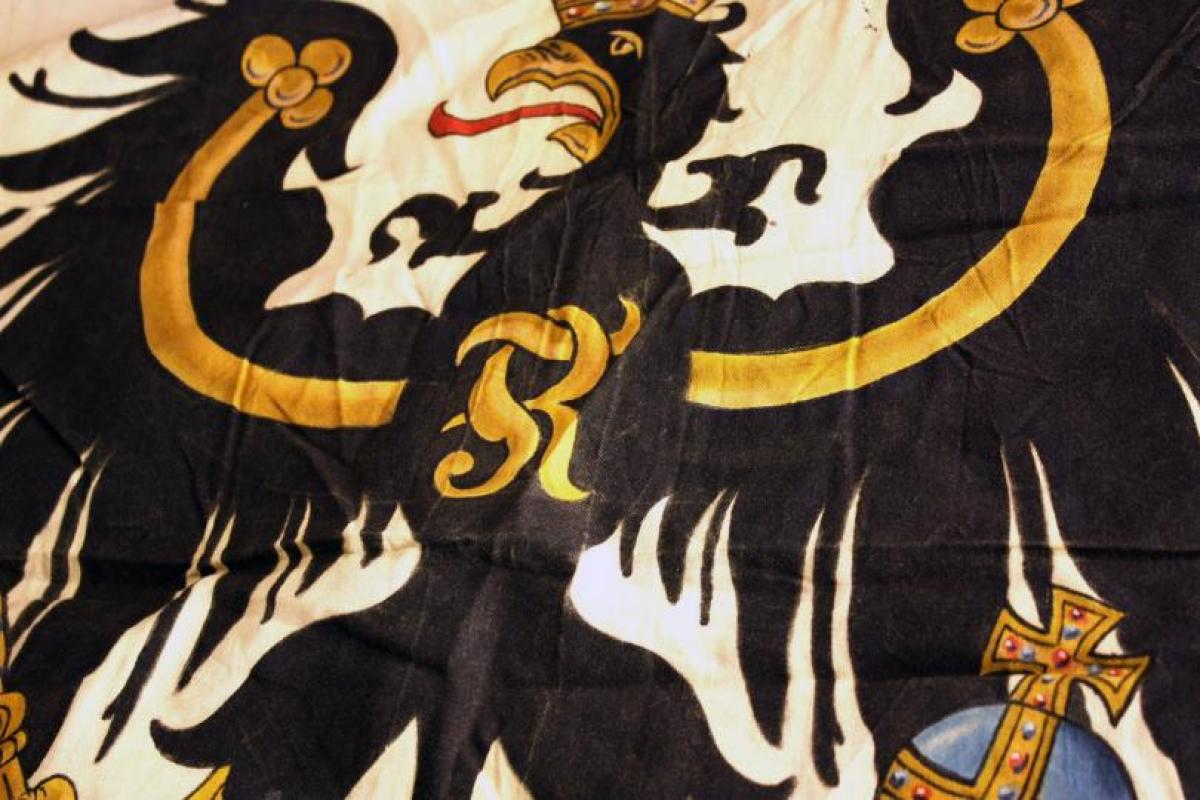 1914 flag for Prussia with the white field and black stripes. The hand-painted Prussian eagle is in the center.