Built By Kansas Citians, Embraced By the Nation

Soon after World War I ended, Kansas City leaders formed the Liberty Memorial Association (LMA) to create a lasting monument to the men and women who had served in the war. In 1919, the LMA and citizens of Kansas City raised more than $2.5 million in just 10 days. The equivalent of more than $35 million today, this staggering accomplishment reflected the passion of public sentiment for the Great War that had dramatically changed the world.

In 1921, more than 100,000 people gathered to see the supreme Allied commanders dedicate the site of the Liberty Memorial. This was the first time in history these five leaders were together in one place.

Construction on the classical Egyptian Revival-style monument was completed in 1926 and the Liberty Memorial was dedicated by President Calvin Coolidge in front of more than 150,000 people.

“It [The Liberty Memorial] has not been raised to commemorate war and victory, but rather the results of war and victory which are embodied in peace and liberty…. Today I return in order that I may place the official sanction of the national government upon one of the most elaborate and impressive memorials that adorn our country. The magnitude of this memorial, and the broad base of popular support on which it rests, can scarcely fail to excite national wonder and admiration.”

Once again, Kansas Citians voiced their support for the Liberty Memorial and, in 1998, they passed a limited-run sales tax to support the restoration. In addition to revitalizing the Memorial, plans took shape to expand the site by building a museum to better showcase the WWI-related objects and documents the LMA had been collecting since 1920.

Thanks to the support of the City of Kansas City, the State of Missouri, the United States Government, and generous individual donors, more than $102 million was raised for the restoration and expansion.

In 2004, the Museum and Memorial was designated by Congress as the nation's official World War I Museum, and construction started on a new 80,000-square-foot, state-of-the-art museum and the Edward Jones Research Center underneath the Liberty Memorial.

The Liberty Memorial was designated a National Historic Landmark on Sept. 20, 2006, recognizing the monument as a nationally significant historic property. It is a distinction given to less than 40 historic properties in Missouri and slightly more than 2,500 in the United States.

“The National WWI Museum and Memorial is America's museum dedicated to remembering, interpreting and understanding the Great War and its enduring impact on the global community.”

Today, the Museum and Memorial operates as non-profit organization dedicated to honoring those who served in the Great War by:

Support the Museum and Memorial 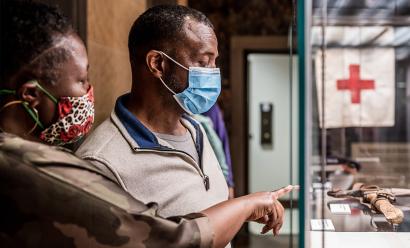 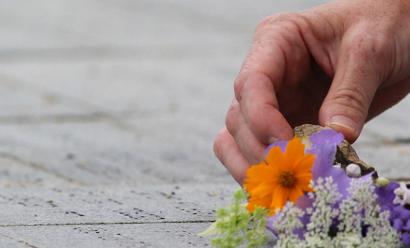 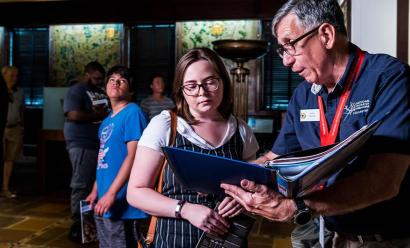