“For many years hatred against the Monarchy has been sown in Servia. The crop has sprung up and the harvest is murder."

A hungry teenage assassin and a wrong turn. The two bullets fired on June 28, 1914 outside of a delicatessen in Sarajevo, the capital of Bosnia-Herzegovina, placed the world “on the brink” and led to a sequence of events that changed the world forever.

Secret societies and nationalist organizations strove for an independent Slavic nation free from foreign domination, unknowingly represented on that fateful day by the Archduke Franz Ferdinand, heir to the Austro-Hungarian throne.

On the Brink: A Month That Changed the World examines the underground organizations, diplomatic communications and international newspaper reporting of the assassination and its political aftershock. The exhibition presents the assassination in a manner never seen before.

The assassination was pretext for the Austro-Hungarian Empire to declare aggressive action, with the intention of a short-lived conflict, in its long-standing feud with Serbia. A war declared between an empire and its neighbor on July 28, 1914 eventually resulted in combatant nations from five continents involved in the world's first global conflict by the end of August, 1914.

The exhibition incorporates a journalistic and documentary approach and portrays the story of the assassination and aftermath through a series of newspaper articles, photographs and quotes from diplomatic sources. The comprehensive exhibition is represented with items from:

Open from March 15 - through Nov. 9 in Memory Hall, On the Brink: A Month That Changed the World is included with Museum admission and free for members.

— Frederic Courtland Penfield, U.S. Ambassador to Austria-Hungary, in a cable to the U.S. Secretary of State on July 27, 1914 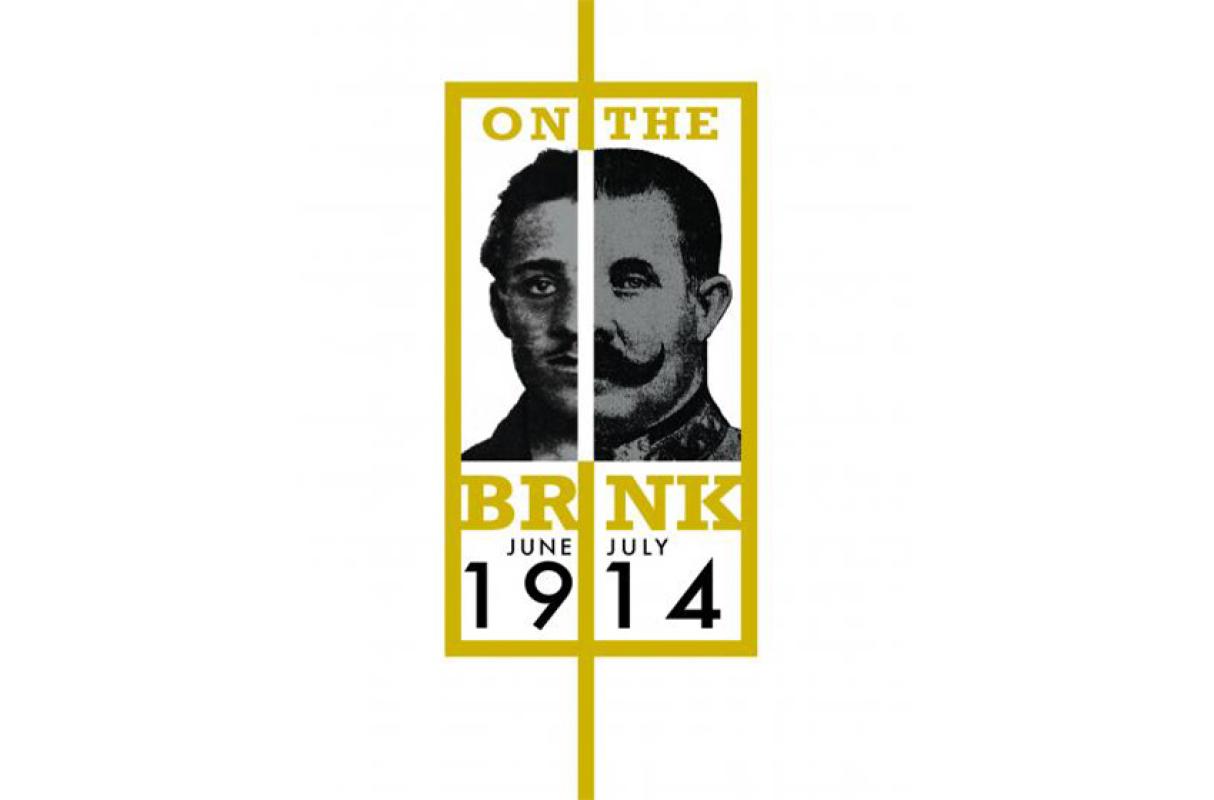 On the Brink logo 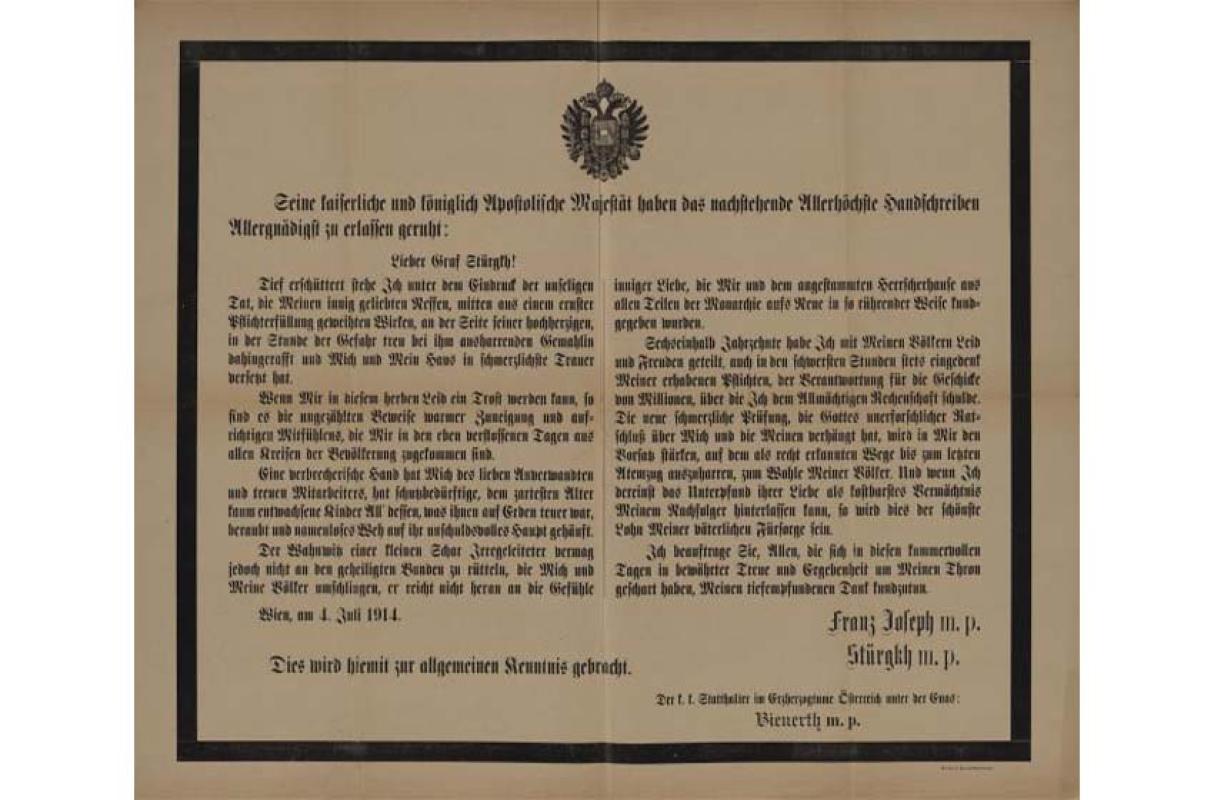 Proclamation issued by Austria-Hungary Emperor Franz Joseph on July 4, 1914 to his subjects addressing the assassination, in German. 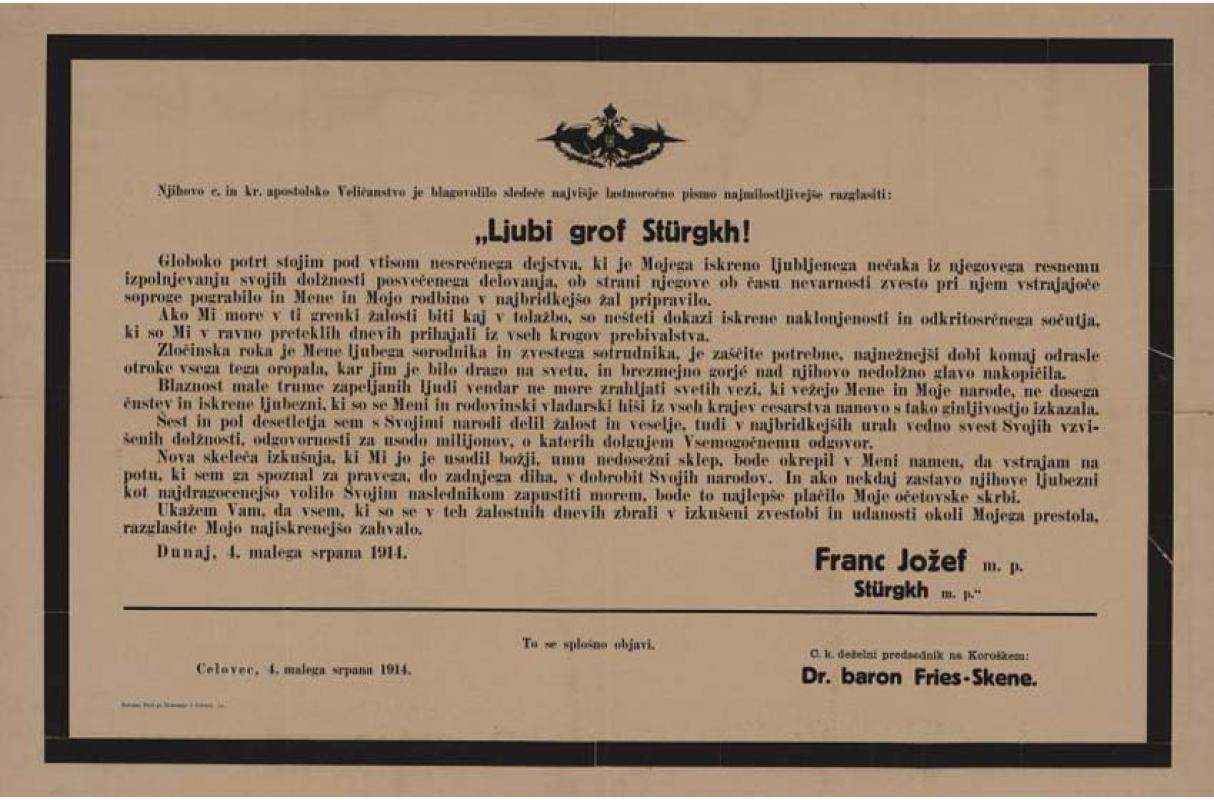 Proclamation issued by Austria-Hungary Emperor Franz Joseph on July 4, 1914 to his subjects addressing the assassination, in Slovenian. 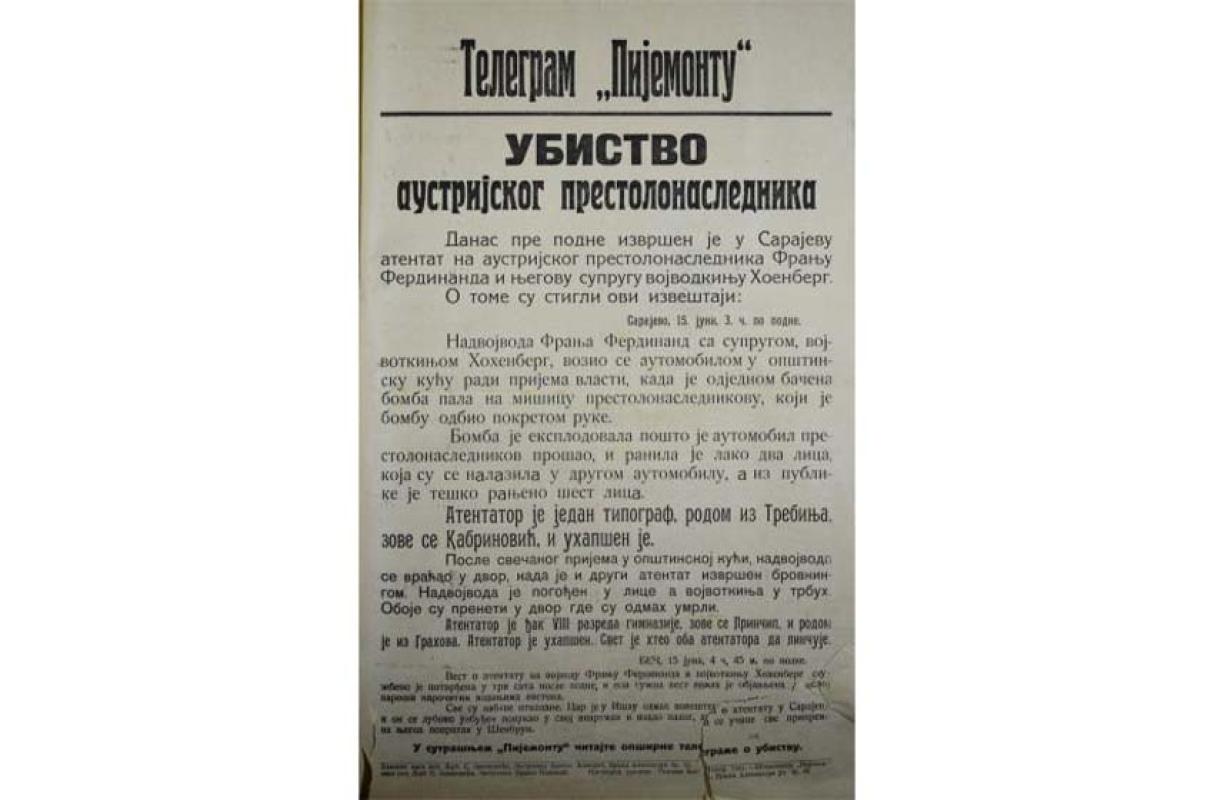 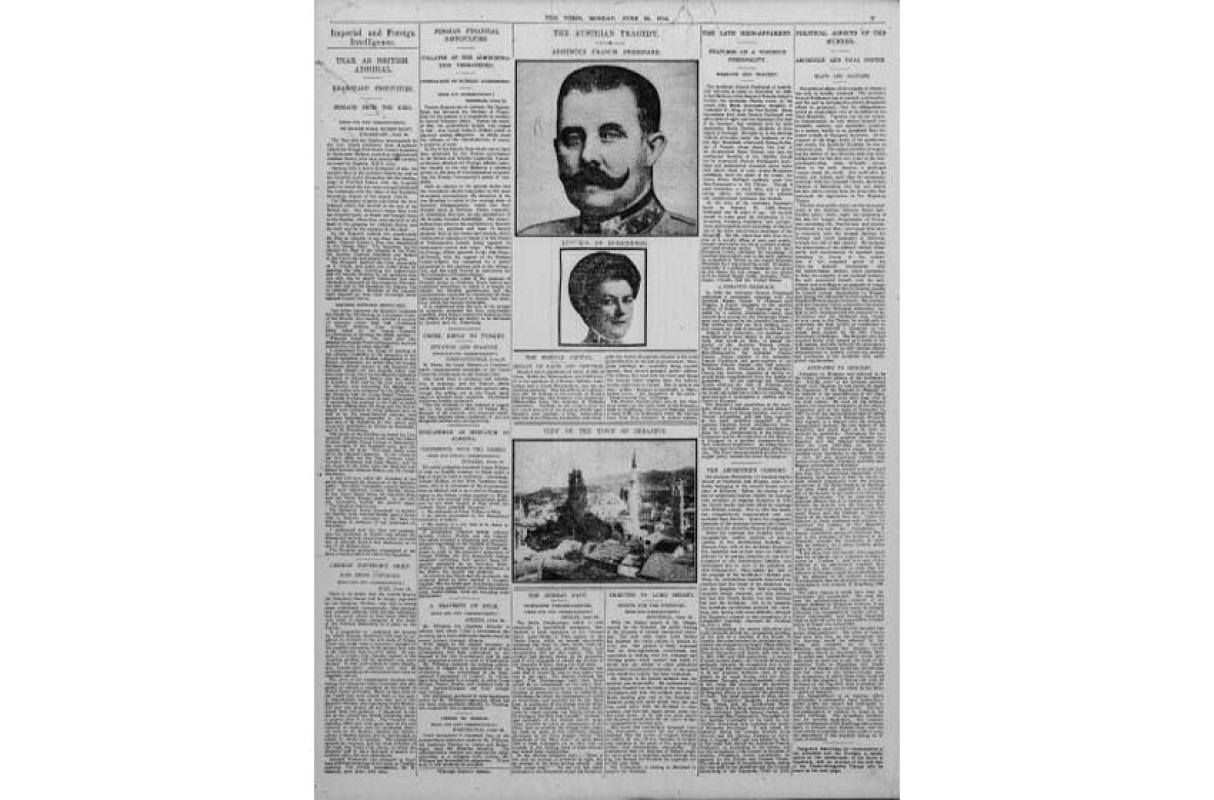 The Times (London) reporting the assassination on June 29, 1914. 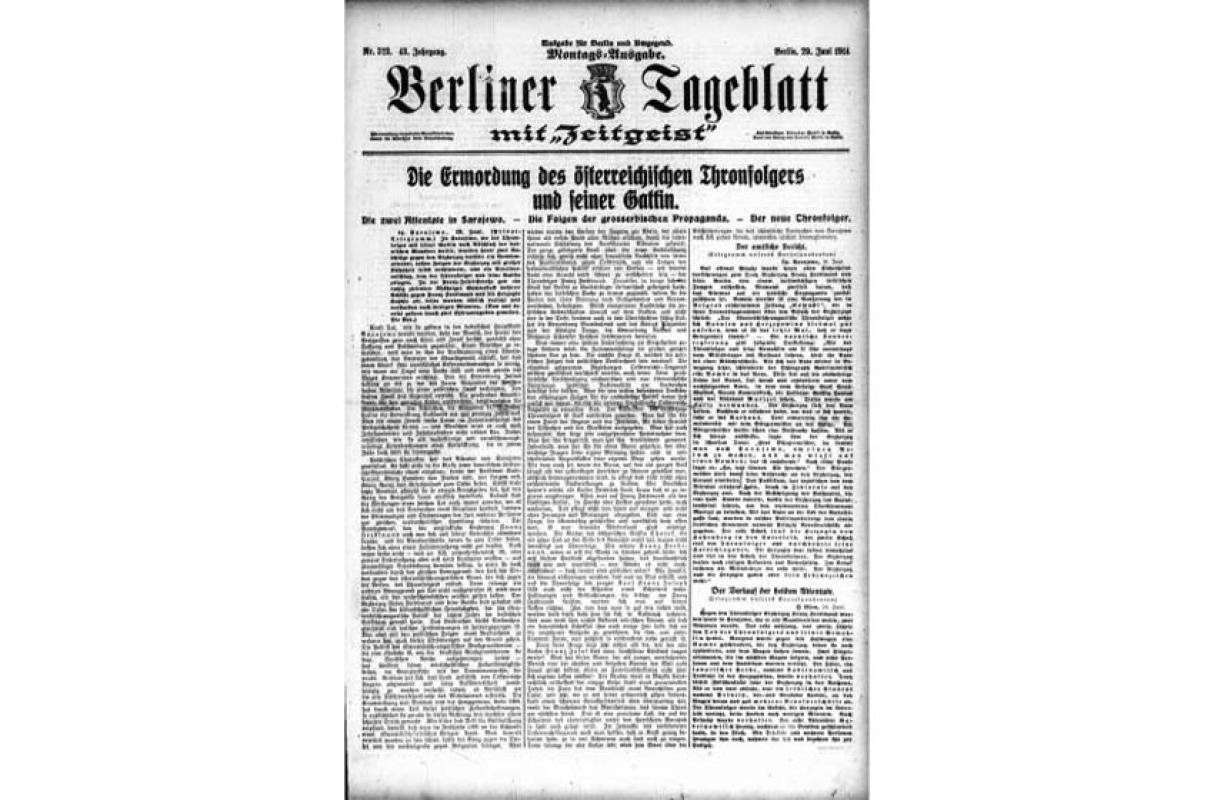 Berliner Tageblatt of Germany with a headline "Murder of the Austrian Heir to the Throne and His Wife/The Two Assassinations in Sarajevo" on June 29, 1914 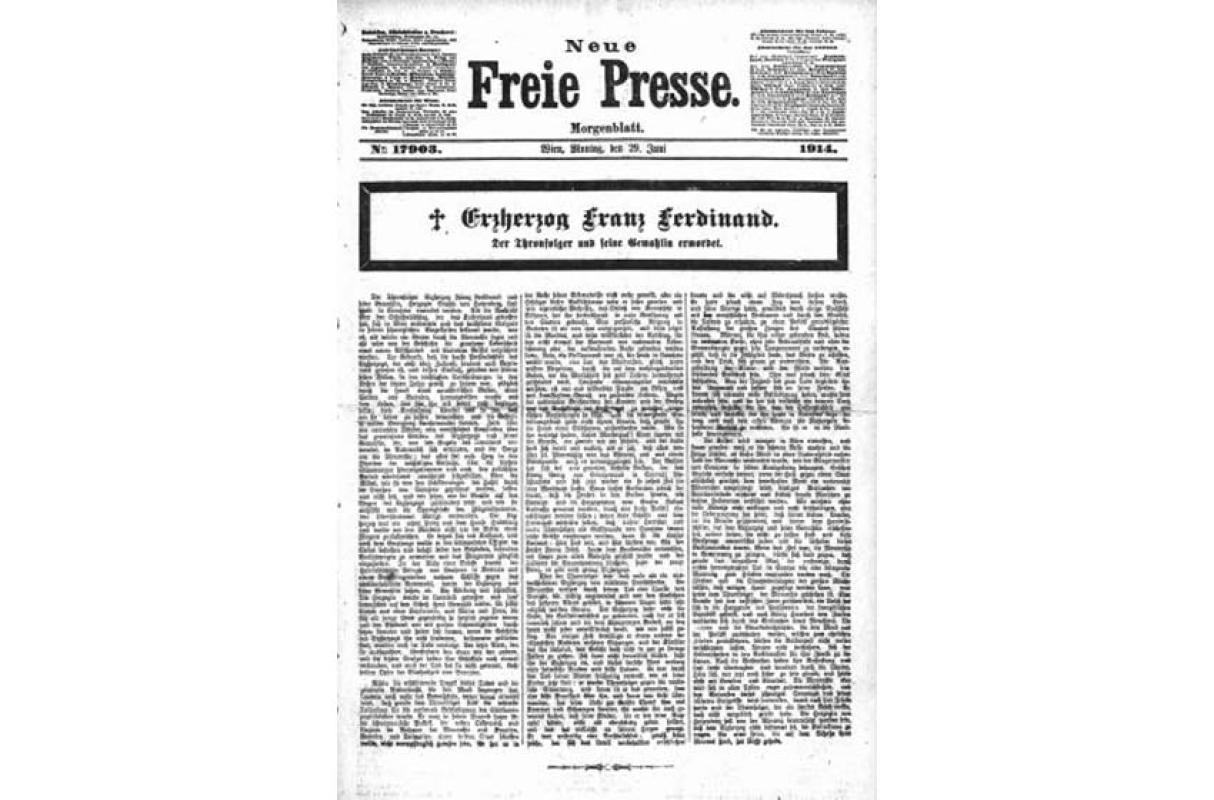 Austrian newspaper Neue Freie Presse with a headline "Archduke Franz Ferdinand the Heir to the Throne and His Wife Murdered" on June 29, 1914 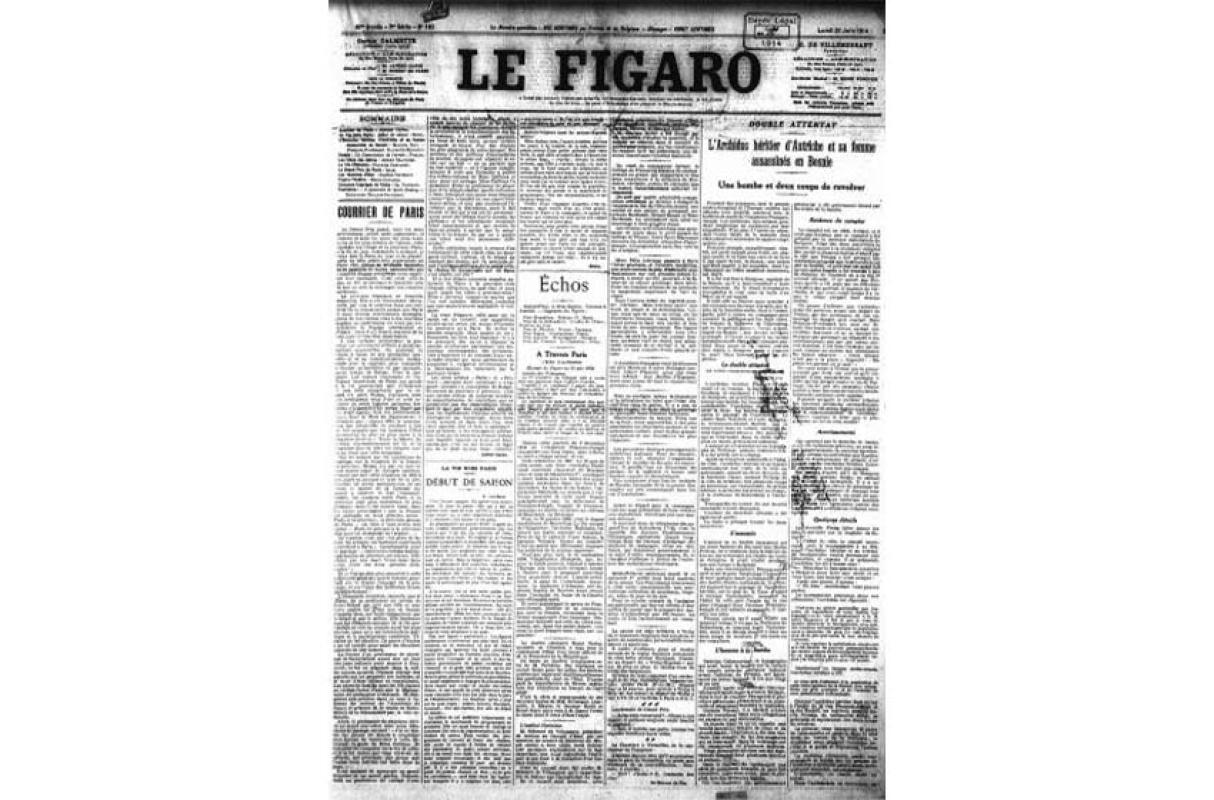 French newspaper Le Figaro with a headline "Double Crimes/The Archduke and His Wife Assassinated in Bosnia/A Bomb and Two Revolver Shots" on June 29, 1914 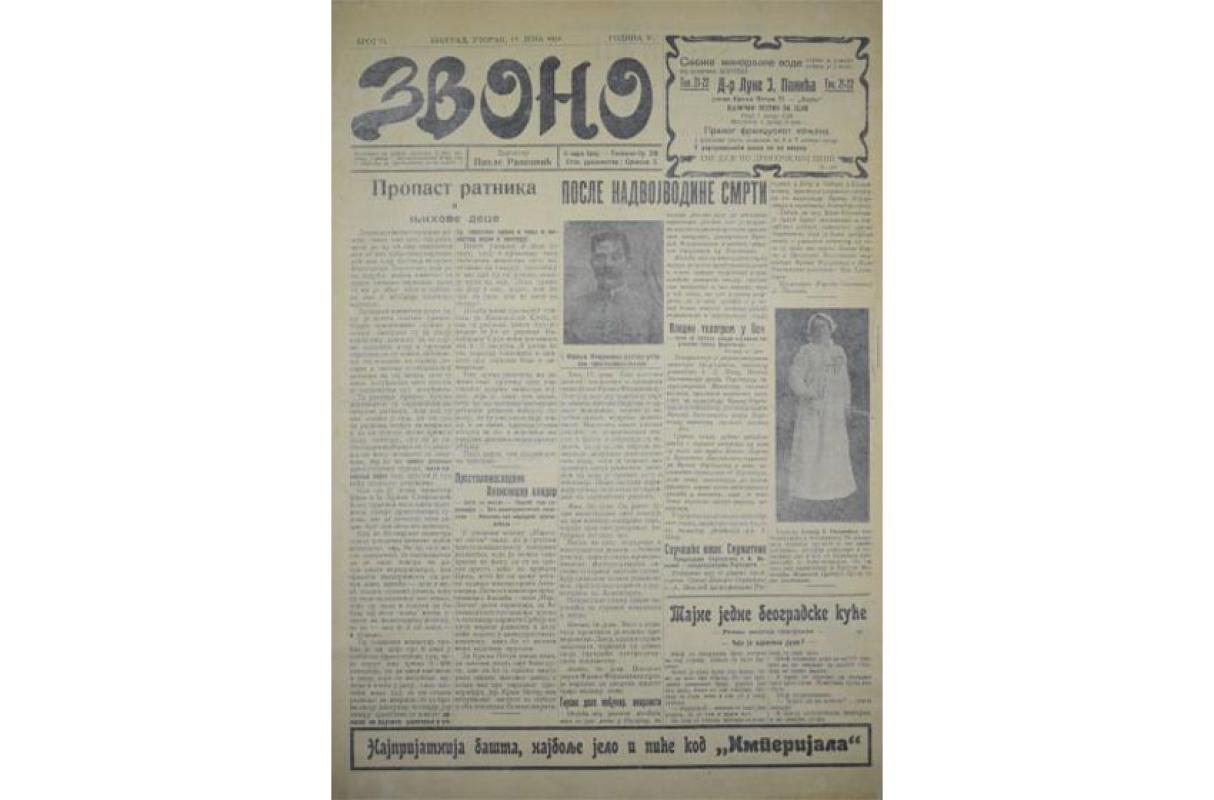 Serbian newspaper Zvono with a headline "After the Archduke's Death" on June 29, 1914 (western calendar) 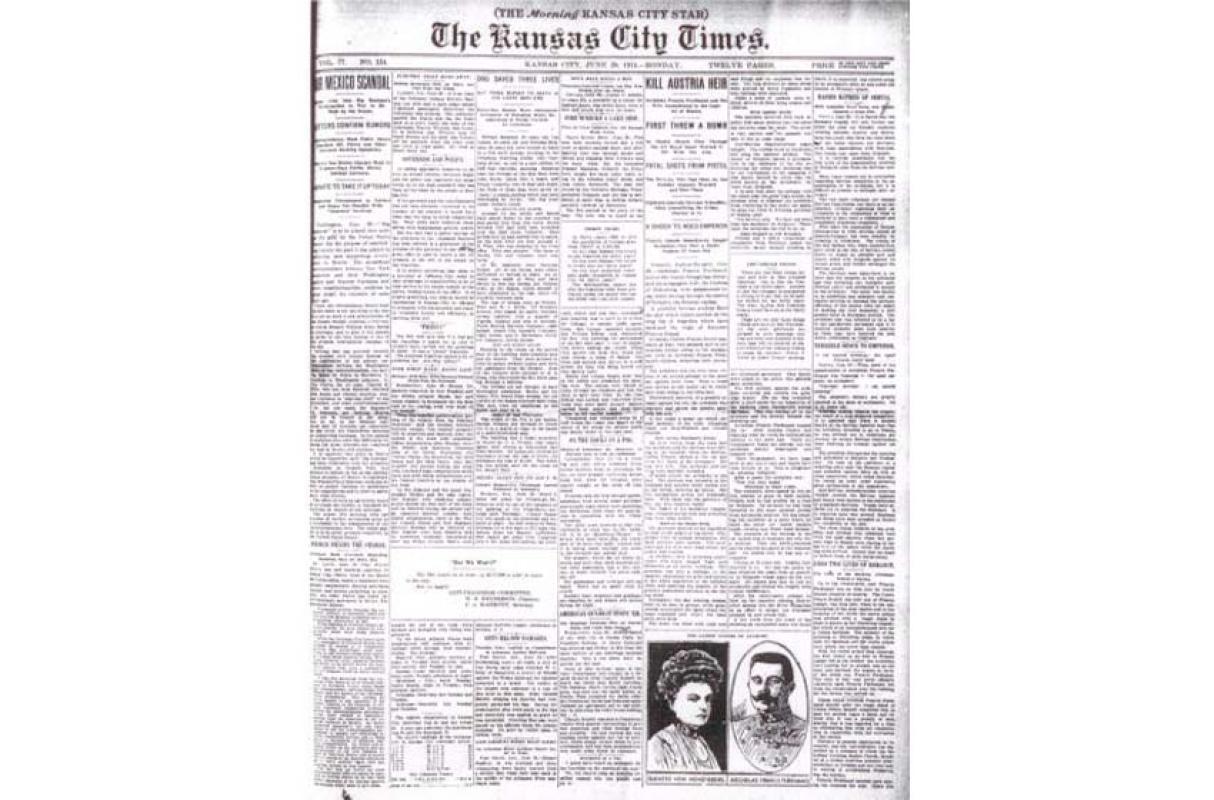 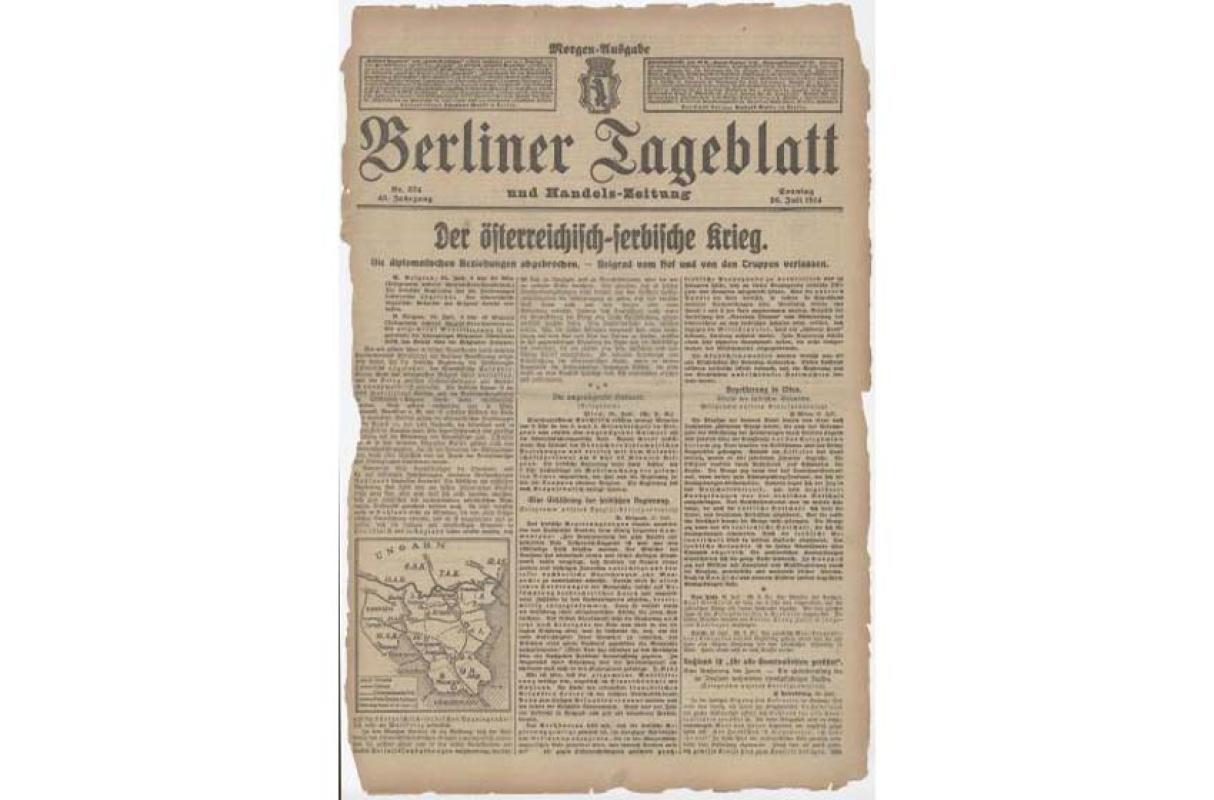 Berliner Tageblatt of Germany with a headline "The Austrian-Serbian War/Diplomatic Relationship Broken" on July 26, 1914 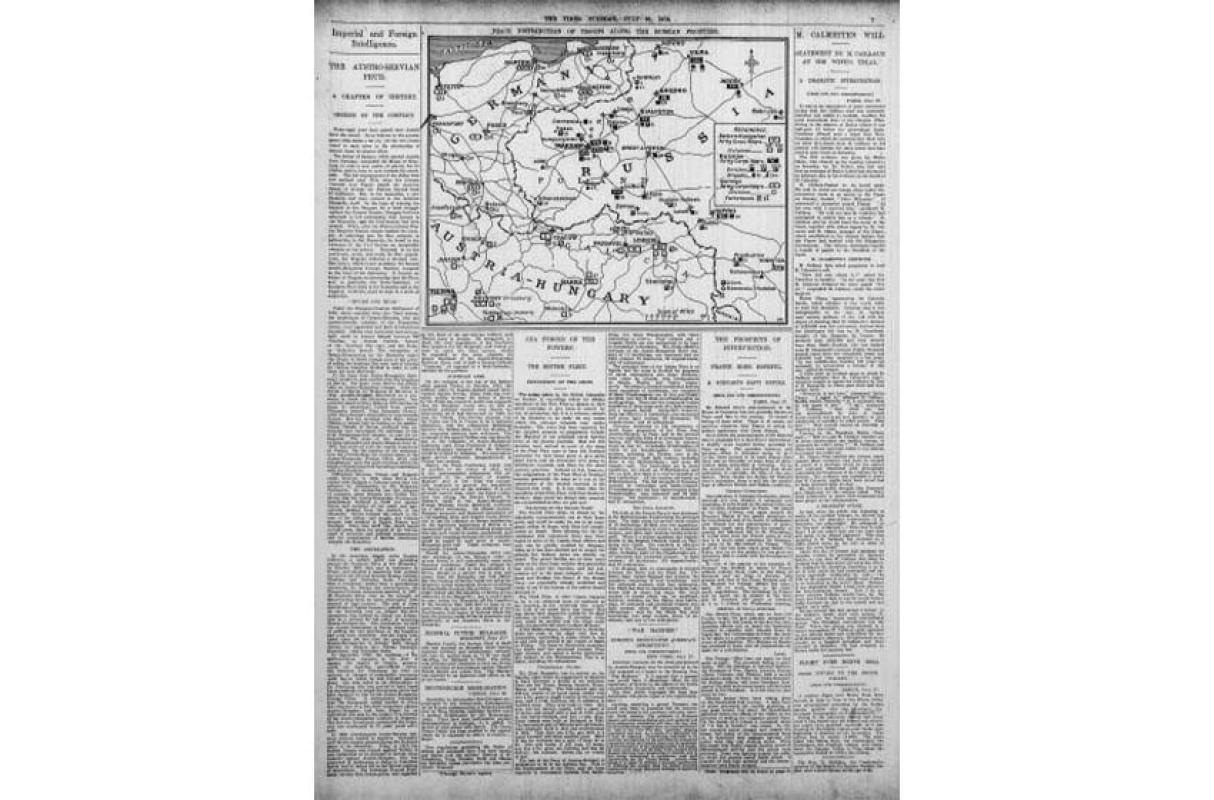 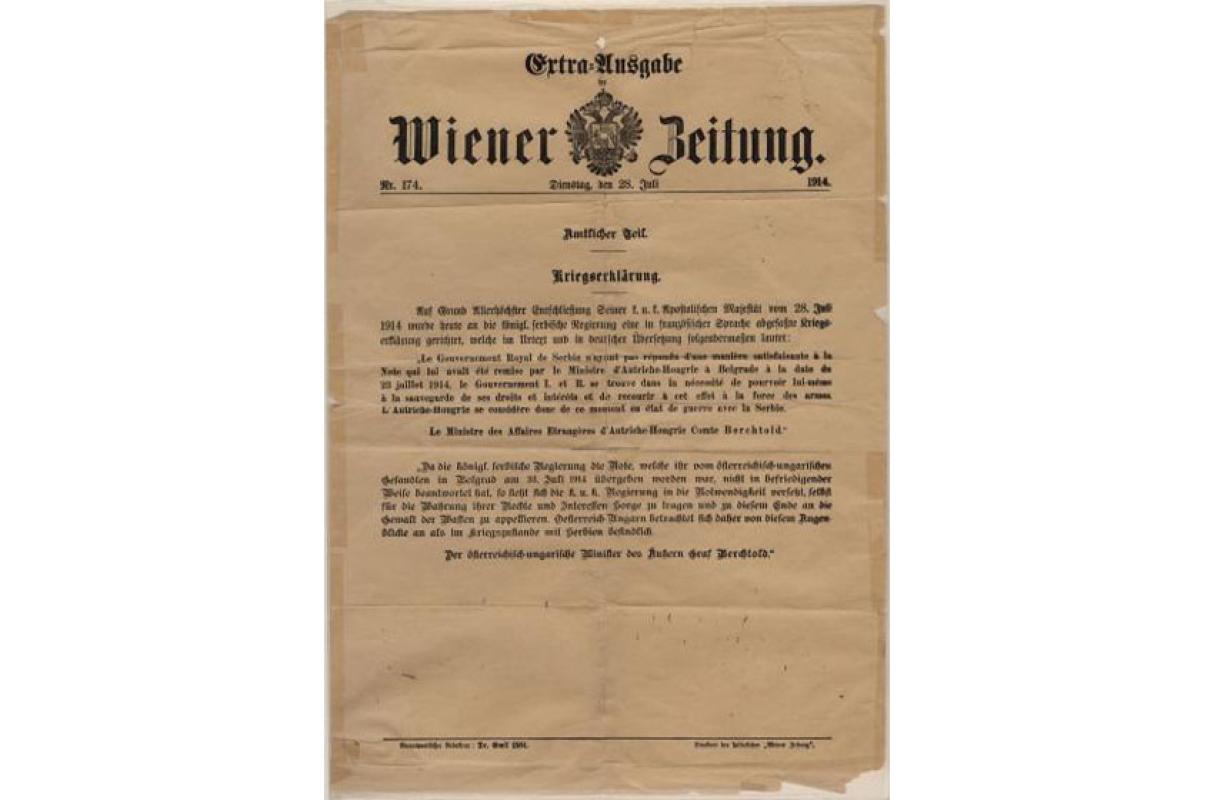 Austrian newspaper Wiener Zeitung announcing the declaration of war against Serbia in an extra edition on July 28, 1914 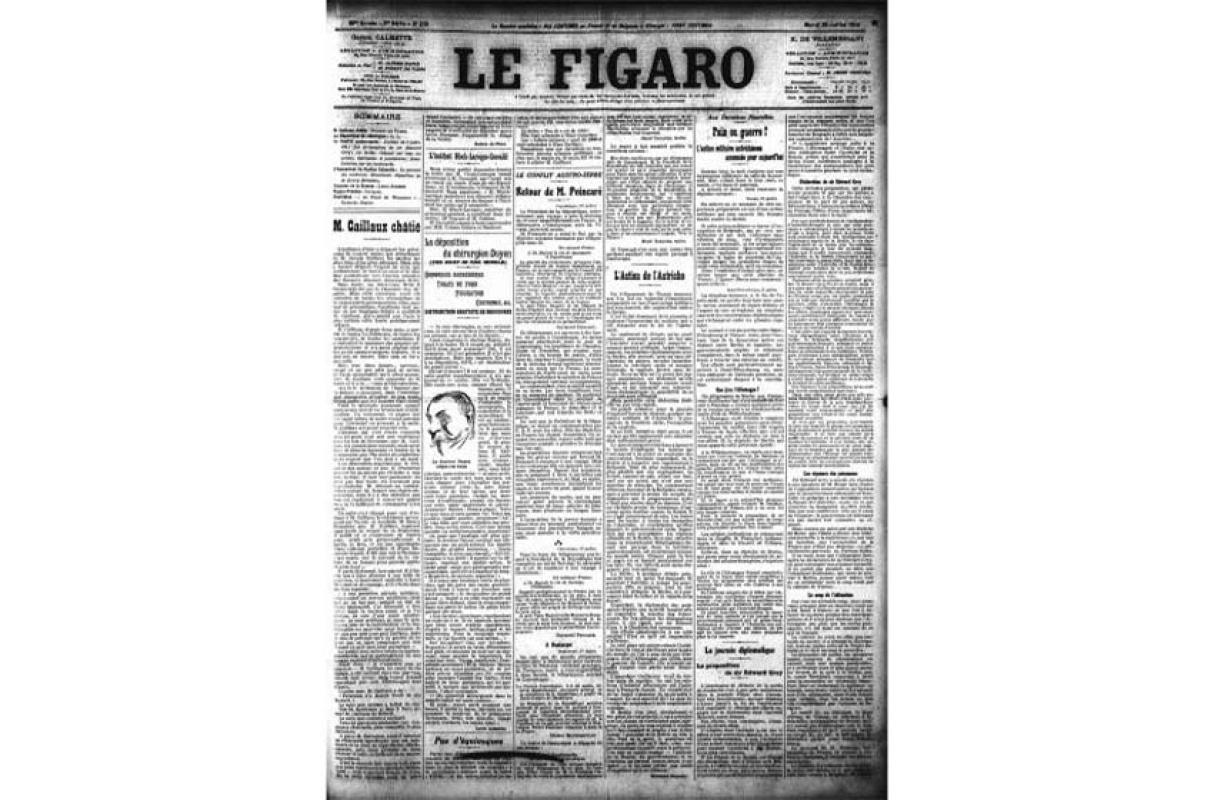 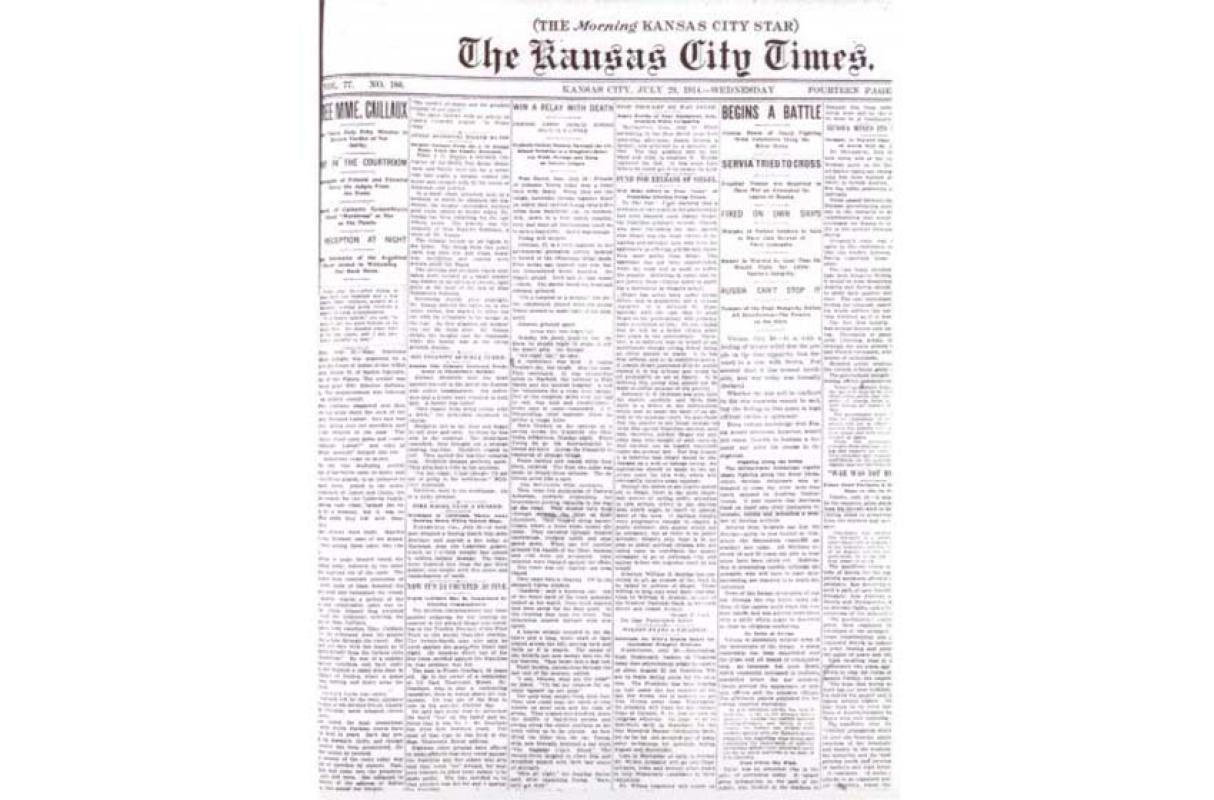 Kansas City Times reporting the declaration of war on July 29, 1914