Reaching a British dressing station southwest of the French city of Arras in the summer of 1918, famed American artist John Singer Sargent found his subject for an overdue painting. Sargent had been commissioned by the British Government to “contribute the central painting for a Hall of Remembrance for the World War.” He had procrastinated until he saw the dressing station.

The dressing station at the small village of Bailleulval was treating a number of British soldiers who had been blinded by a mustard gas attack.

The final product, Gassed, measures more than nine feet tall and 21-feet long. Considered one of the most important war-related works of the past several centuries, Gassed was hailed as “monumental” by the New York Times, a “masterpiece” by the Daily Mail, “magnificent” by the Telegraph, “epic” by the Associated Press and “extraordinary” by The Guardian.

The panoramic scene not only shows the devastation to the young men in uniform, but in an ironic juxtaposition, a football (soccer) game is being played in the background seemingly unaware of the damaged and blinded parade of Tommies (the nickname of British soldiers).

“With all its brilliant genius and painful significance… how the field of national psychology must have been harrowed by events which had taken place during the war.”

— Sir Winston Churchill upon viewing Gassed for the first time

Gassed, which is on loan from the Imperial War Museums in the U.K., has been viewed by tens of millions of people since its completion. Its significance has grown over time as noted British broadcaster/historian Jon Snow hailed the painting as one of the “10 Best British Artworks About War,” while The Guardian listed Gassed among “1,000 Artworks to See Before You Die.”

The exhibition also includes original maps showing the location of the dressing station where Sargent witnessed the scene and reproductions of many of Sargent’s study drawings for the painting. Additionally, the Museum and Memorial partnered with the U.S. Army Chemical Corps Museum to feature historical and contemporary objects showing detection and protection from chemical warfare from World War I through the modern era. Assistance was also provided by MRI Global. John Singer Sargent Gassed is open from Friday, Feb. 23 through Sunday, June 3, 2018. 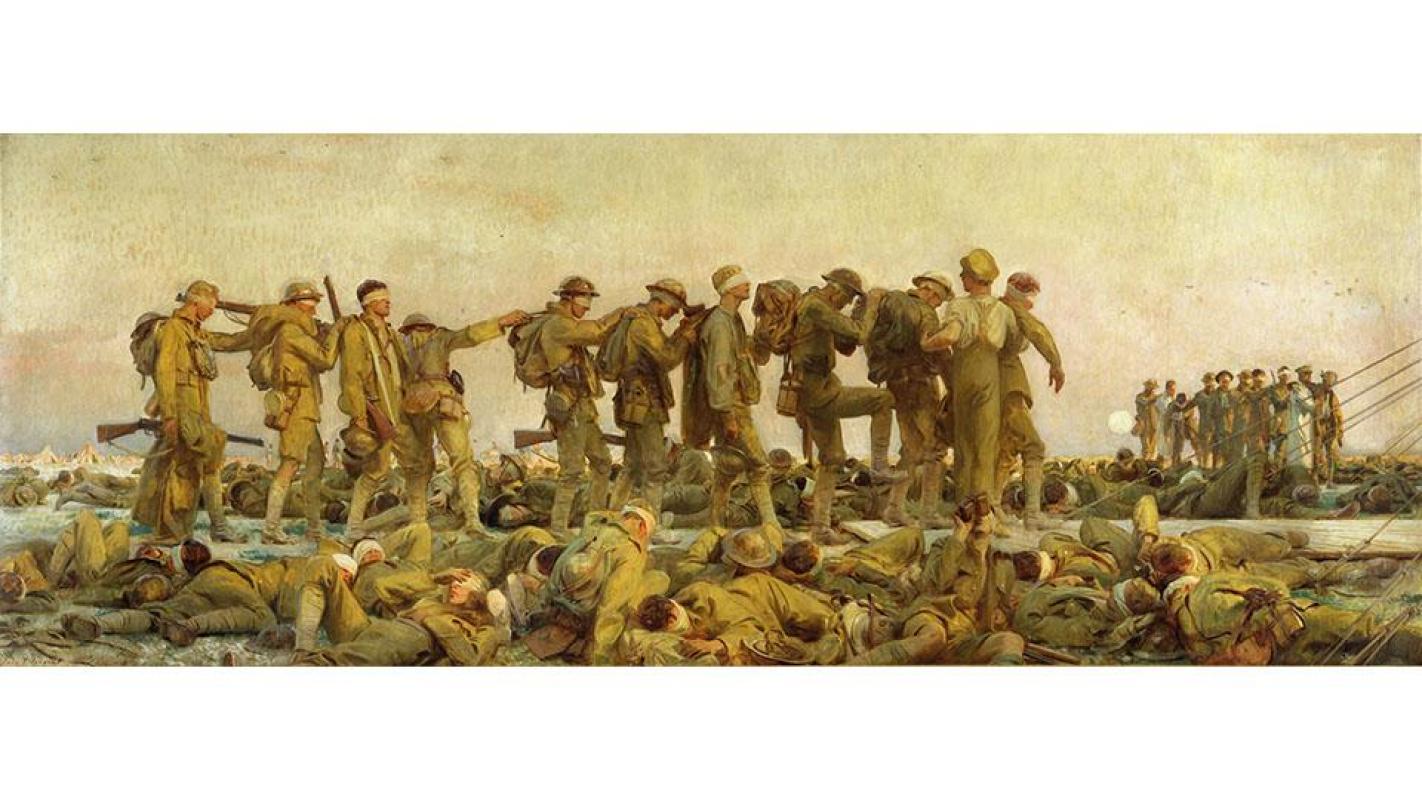 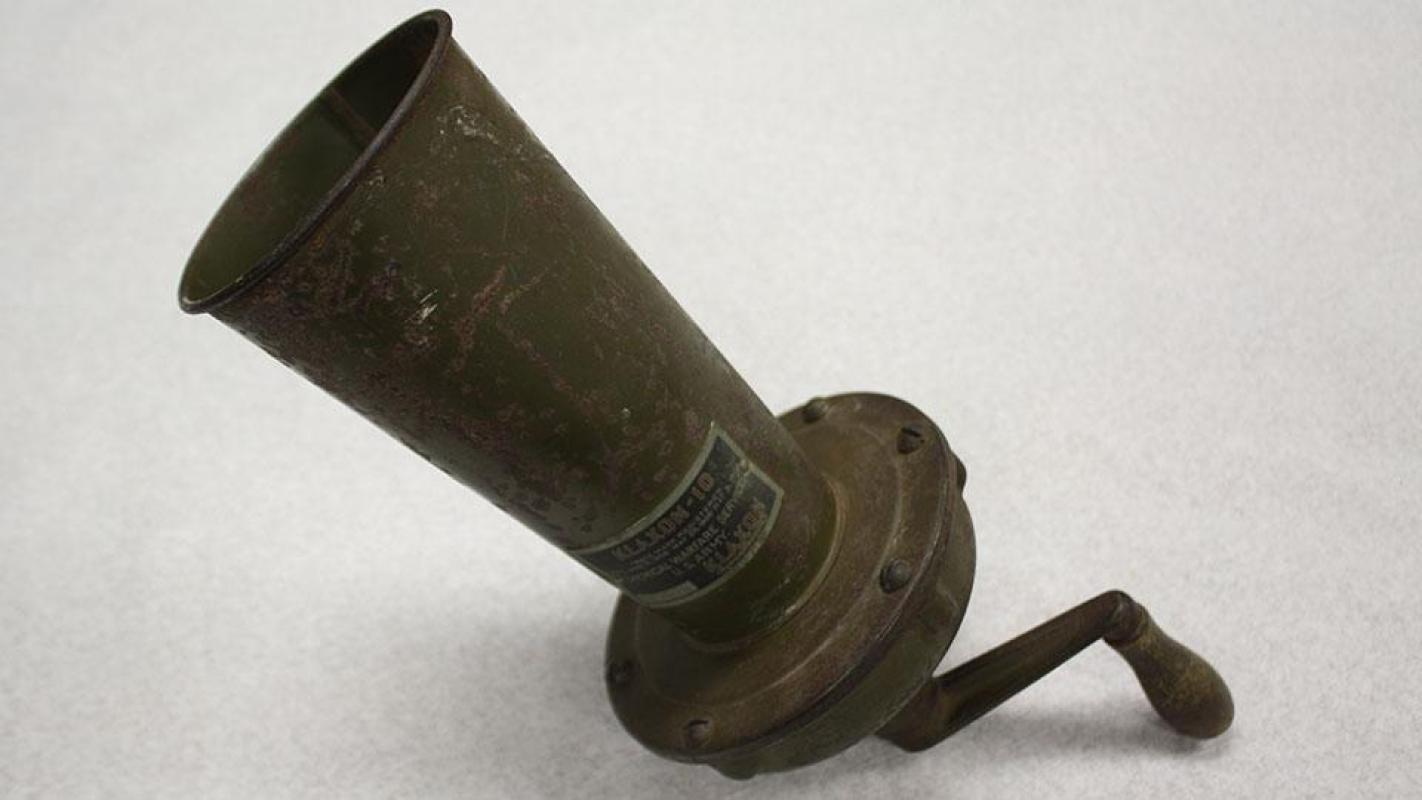 A U.S. gas alarm klaxon from WWI. Turning the crank made a loud, screeching sound. 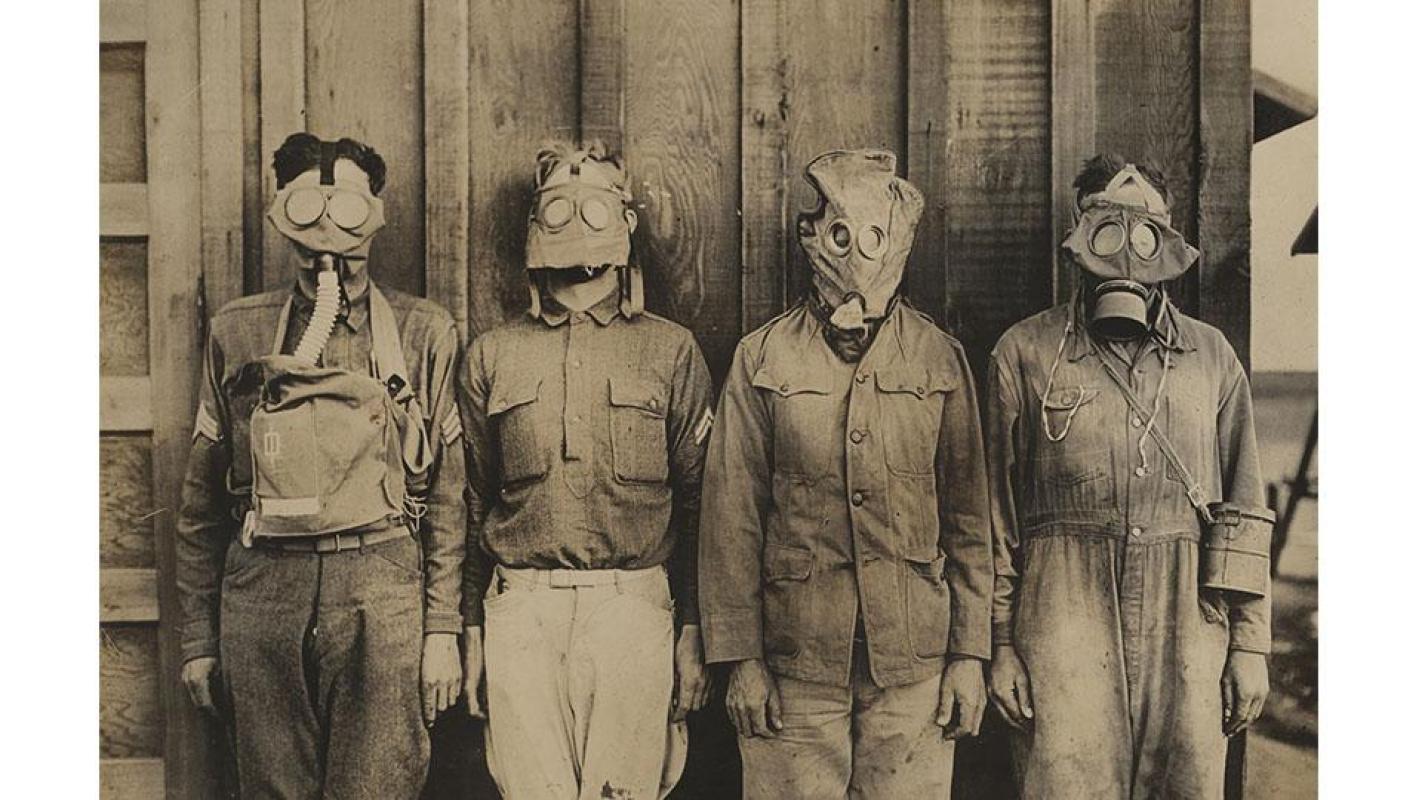 Types of Gas Masks tested by the U.S. in WWI; from left to right: American, French, British, German 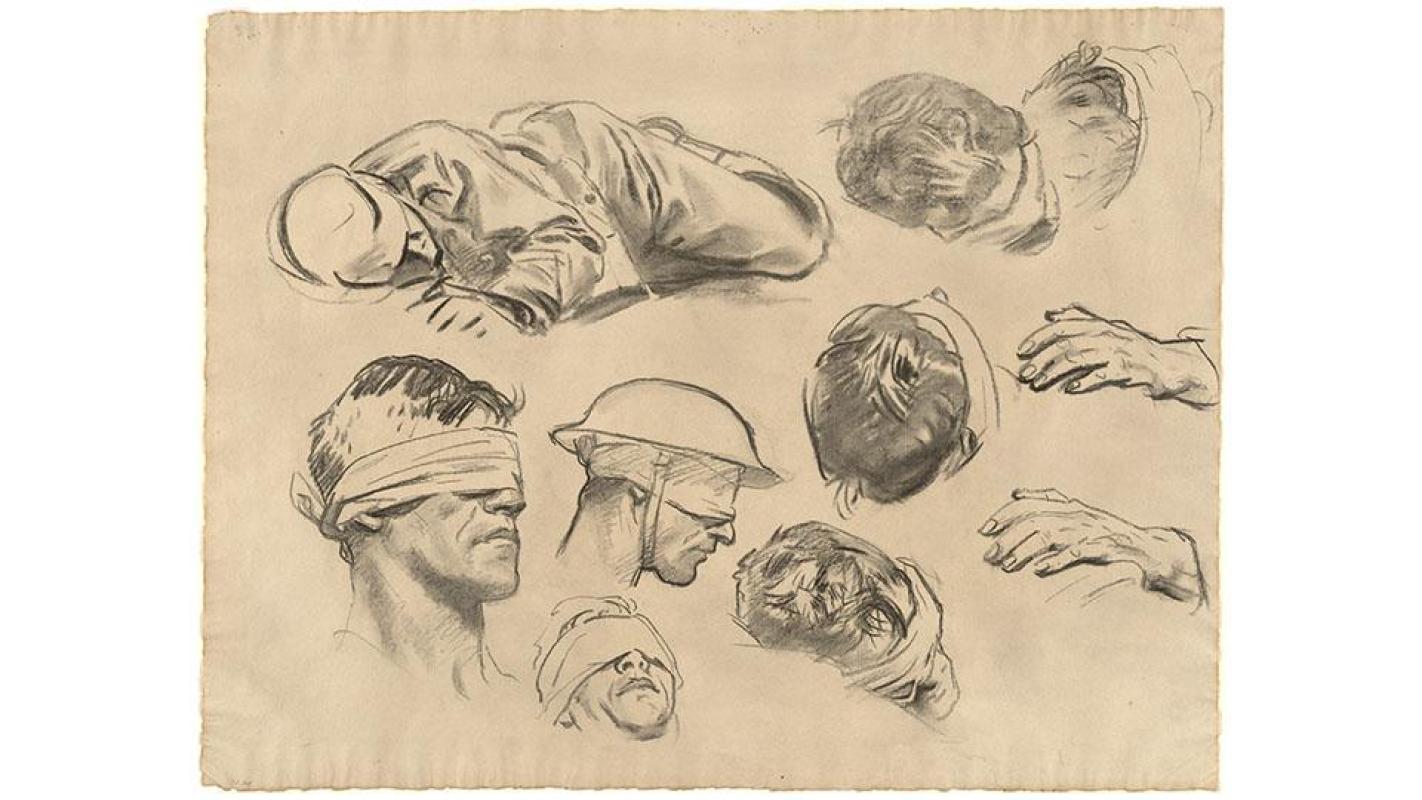 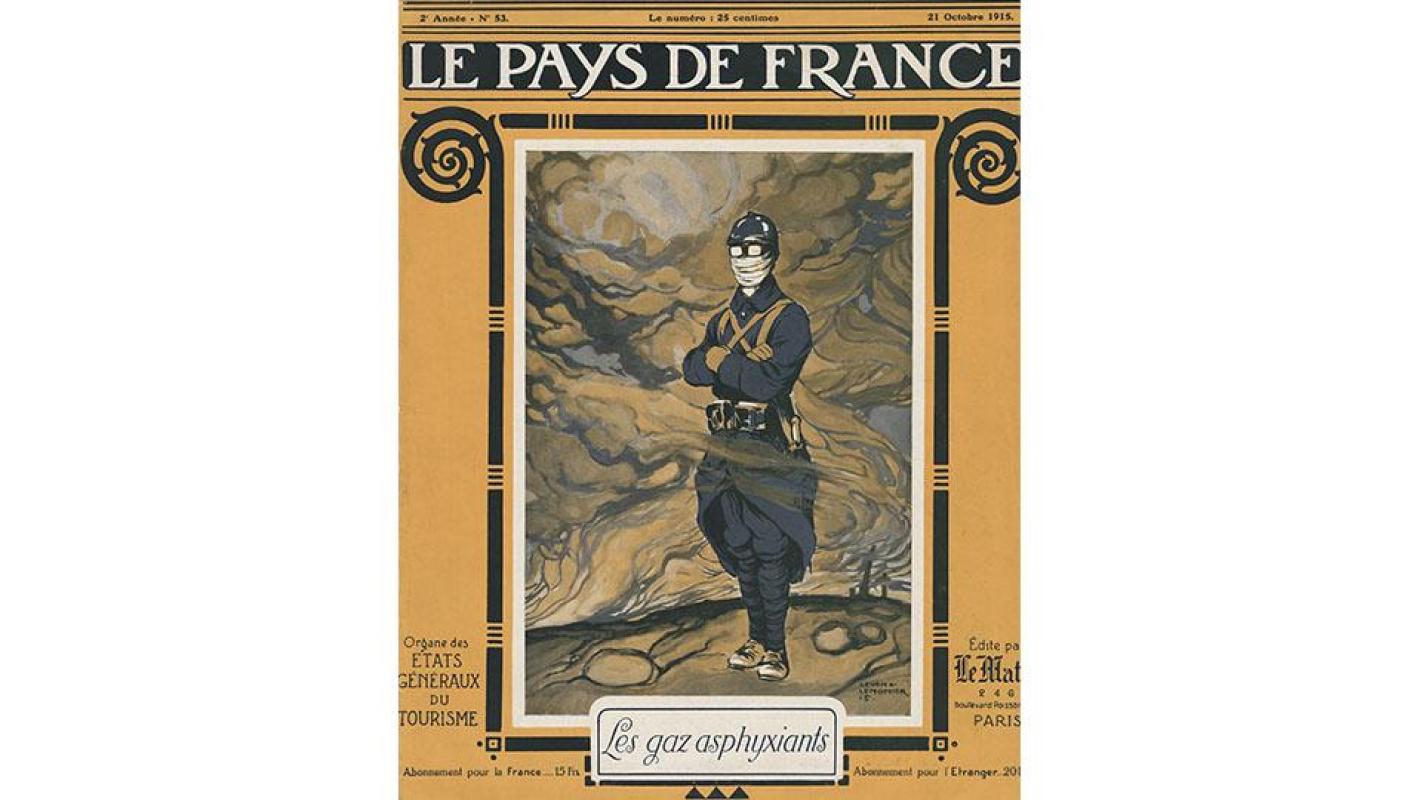 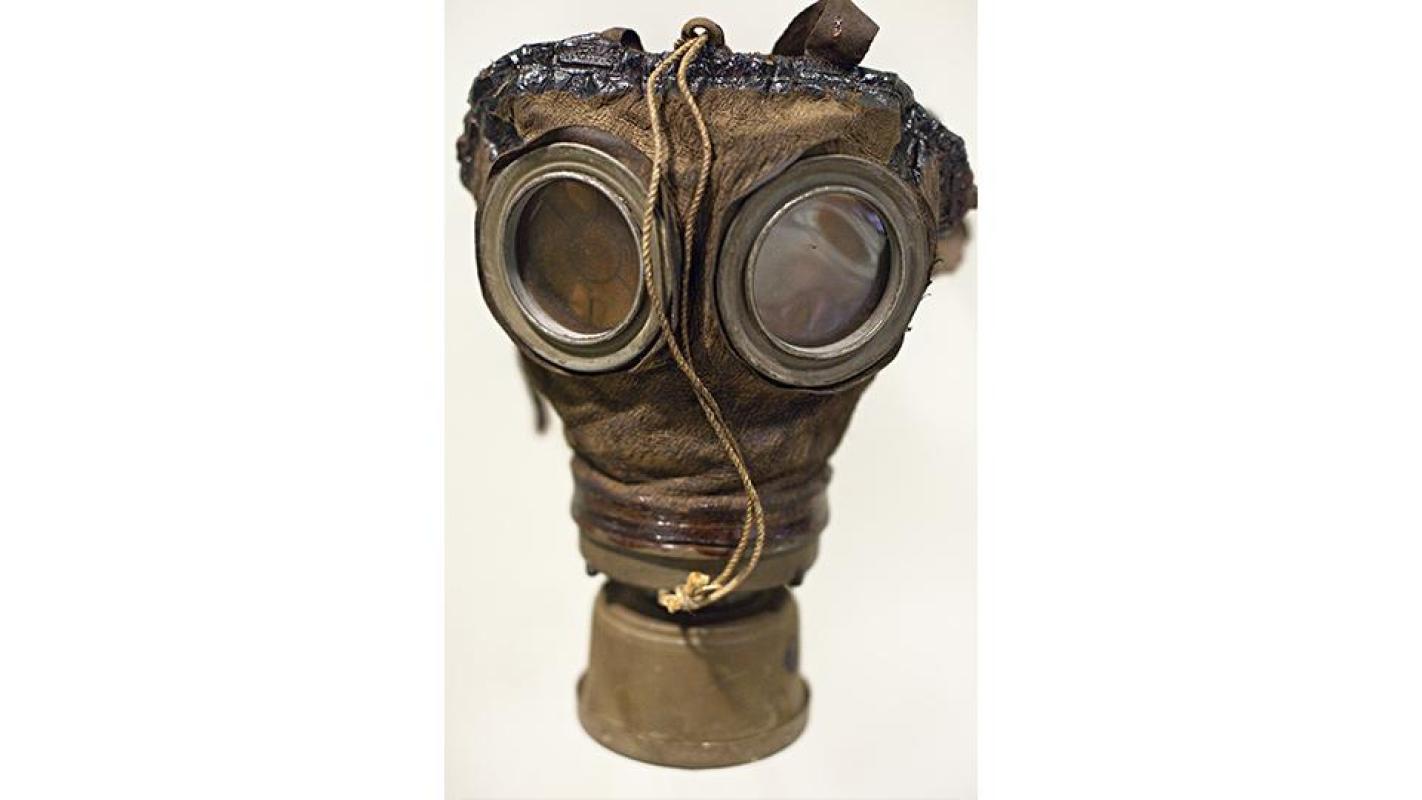 The German Gas Mask 17 was introduced in June 1917. Made of gas-proof sheep’s leather, it had double lenses of zellon and celluloid. 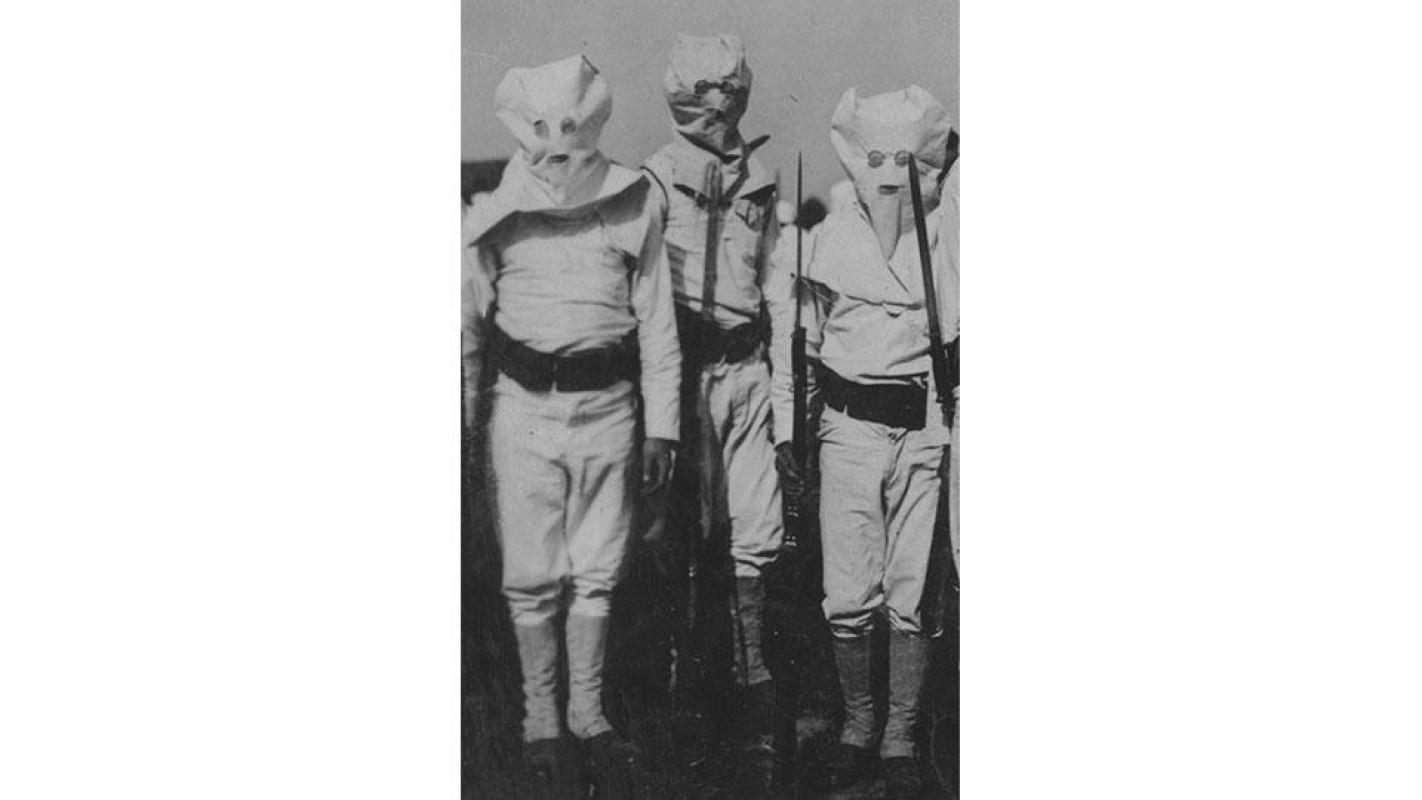 Helmet or hood gas mask developed by the British being tested at the U.S. Great Lakes Naval Training Station 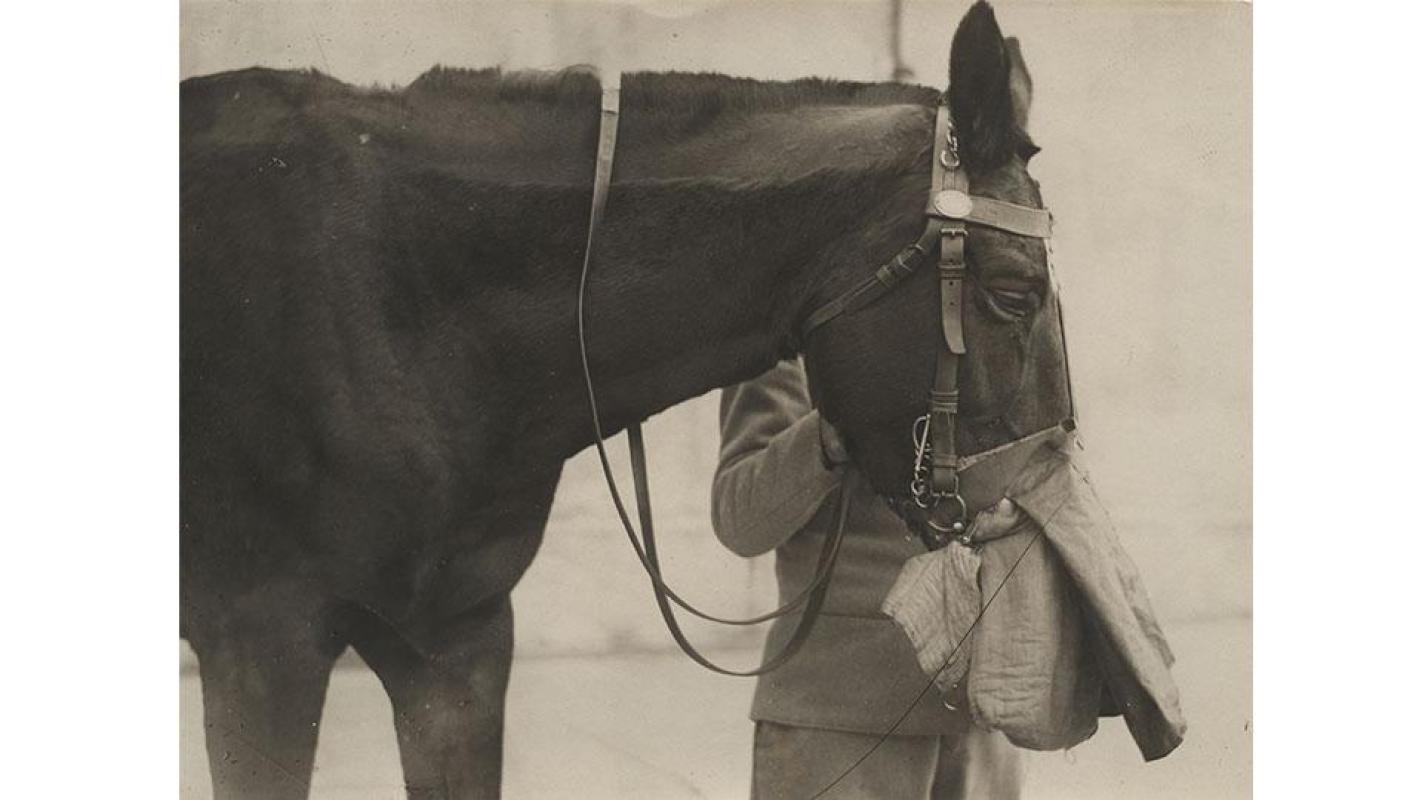 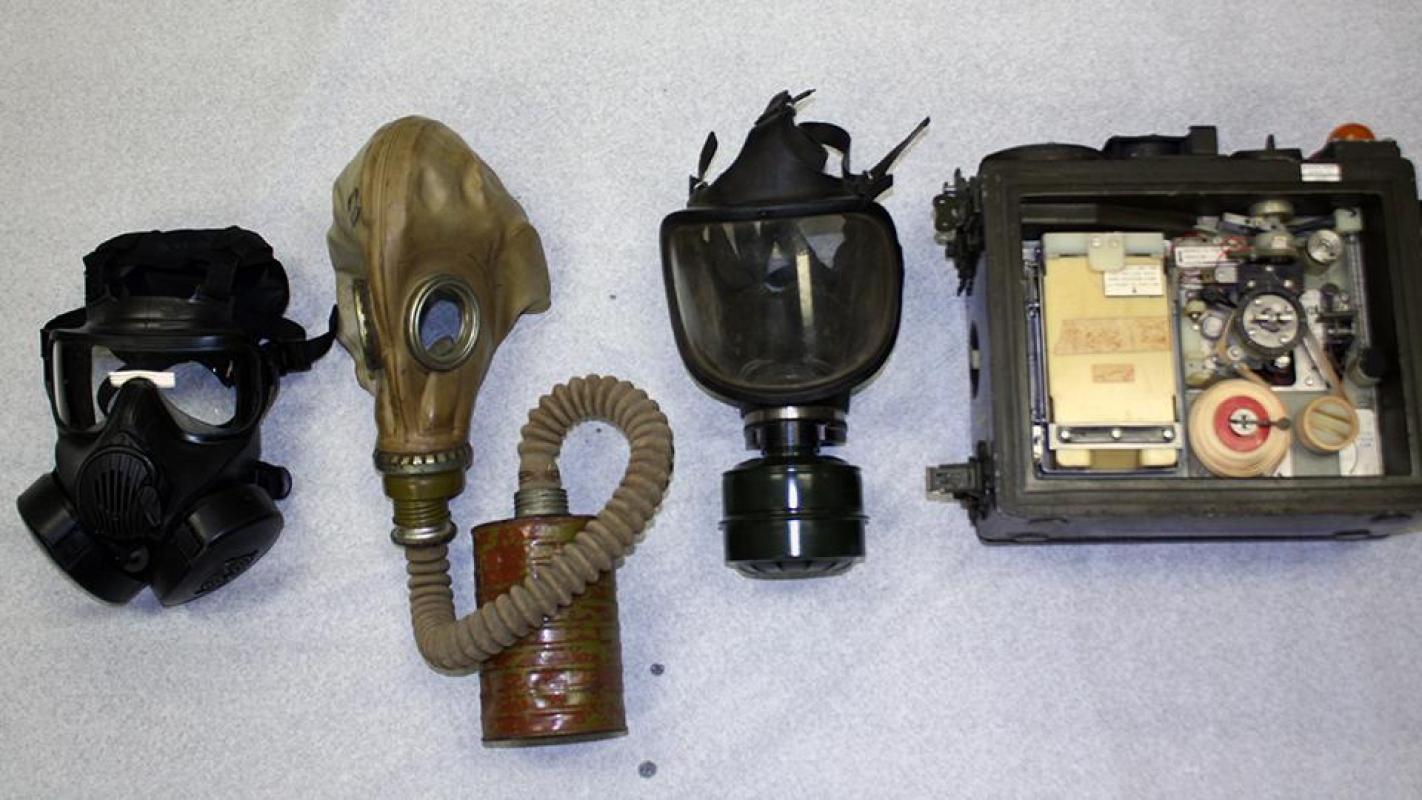