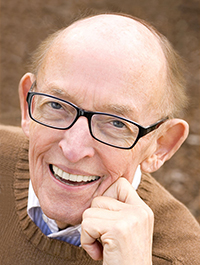 How would you define the primary mission or purpose of the National World War I Museum and Memorial?

The primary purpose of the National World War I Museum and Memorial is to foster remembrance and documentation of the Great War, while at the same time maintaining, enlarging, and refining resources and exhibitions to promote the depth and scope of that memory among the American people.

What was your chief motivation for supporting the Museum?

I am a historian, and historians strive to present and preserve history in such a way that it is coherent, cogent, and accurate. In addition, the Museum’s staff is impressively energetic and focused, motivating me further to support it. Third, the Museum’s written and oral communication is demonstrably articulate, convincing, and engaged in such a way that I am proud to have my name associated with it. In sum, my motivation is to help have the Great War presented just the way the Museum is doing it.

What can the Museum teach us about the modern geo-political situation in Central and Eastern Europe?

The Museum can—and must—actively strive to make historical connections not only within the Great War itself, but also in the historical events and currents that led to it, and in the legacies it left behind, both favorable and unfavorable. Today’s geo-political situation in Europe (and the world, too) can be traced back to the Great War in many respects, and the Museum teaches us those connections.

What do you consider the most informative or important display/feature of the Museum?

The most important feature of the National World War I Museum and Memorial is its dedication to presenting the war and American involvement in it so that we do not forget either one. Freedom must be nourished, protected, and articulated through relating its history. That requires a place, a venue imbued by and motivated with the importance of how the Great War served the cause of freedom in the face of war and tyranny. The Museum’s meaning lies in its response to this need.