Carruthers Field was located at Benbrook, Texas, about 10 miles southwest of Ft. Worth. Originally named Taliaferro Field No. 3, it was renamed in honor of Flying Cadet W. K. Carruthers, who was killed in an aviation accident June 18, 1917. Construction on the air field started on Sept. 18, 1917 and flight training began in November.

Flight instruction included a Primary Flying School 8-week course that accommodated up to 300 students and a Pursuit School.

This unusual object measuring 25.5 inches by 30 inches is airplane fabric, covered with drawings of planes, patriotic symbols including eagles in flight and two female attractions.

Penned on every square inch of the canvas are more than 200 names and home towns of service personnel stationed at Carruthers Field. One signatory is Claude C. Lowe of Diana, Tenn., who also included the text “Found a home in Texas” alongside his name.

In the lower left is an “Honor Roll” of four names with home towns and dates, of flyers killed in service. Two are for the same date: Jan. 13, 1919.

The fabric also includes Clare R. Messenger from Saginaw, Mich., the grandfather of the object’s donor, Steve Messenger. Clare’s name is on the wings of a bi-plane in flight, near the top of the piece. Clare was stationed at Carruthers Field from 1917-19. 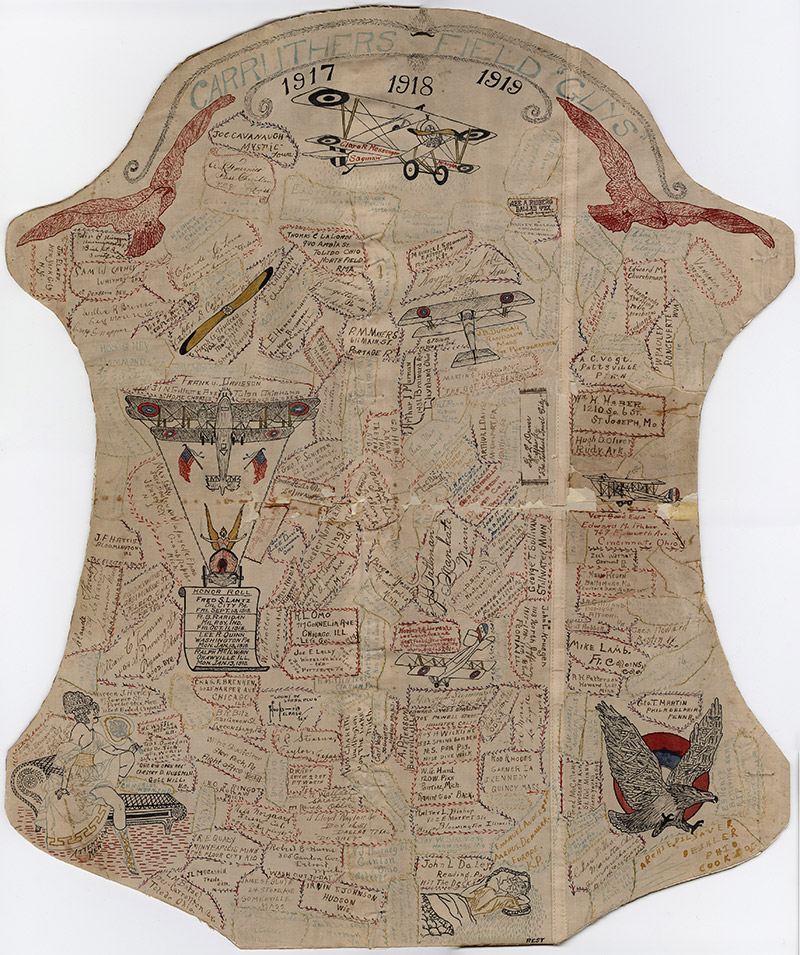