American women were not permitted to fly in the military during WWI, but that didn’t stop one pioneering aviator from trying.

At age 21, Ruth Law bought her first airplane from Orville Wright, who refused to train her since he believed women did not have the mechanical aptitude for flight. She subsequently enrolled in the Burgess Flying School in 1912 and was flying solo within two months – and earned her pilot’s license by the end of the year.

She made a name for herself performing in aerial exhibitions and setting aviation records. In 1916, she broke the existing record for the longest nonstop flight in the U.S. by flying from Chicago to New York.

When the U.S. joined WWI in 1917, Law wrote newspaper articles and even petitioned President Woodrow Wilson to allow women to fly in the military. While these requests were denied, she was given special permission to wear an aviation uniform. 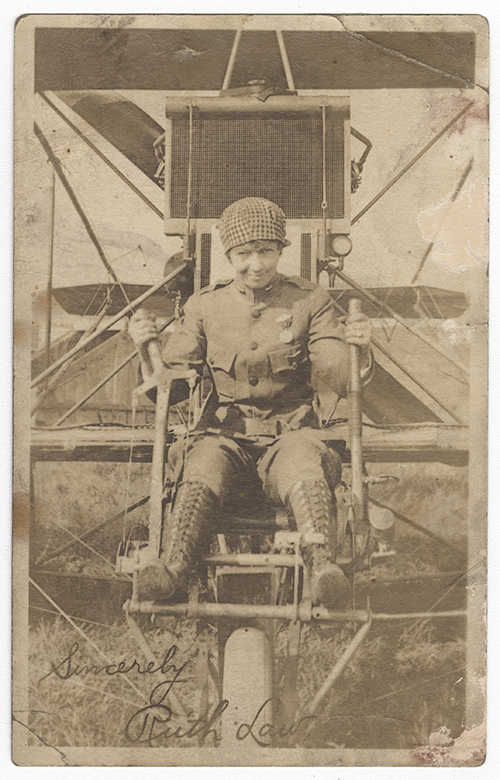 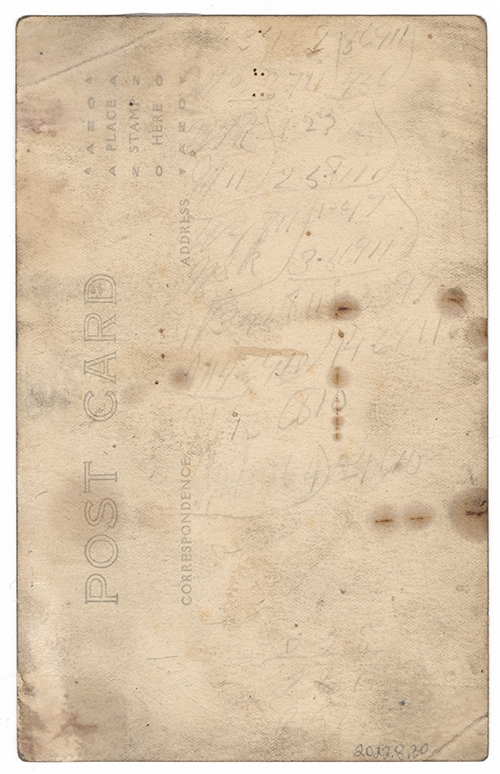 Inscription on Back: "Gotten at Columbus Ohio. Aug. 29 '17 / Thrown from an aeroplane by Ruth Law, while flying over the State Fair Ground"

After the war, she continued breaking records, becoming the first person to deliver air mail to the Philippines in 1919. She also formed a barnstorming aerial acrobatics group called the “Ruth Law Flying Circus”. Law retired from aviation in 1922, most likely at the request of her husband, Charles Oliver, who found her aerial stunts nerve-wracking. 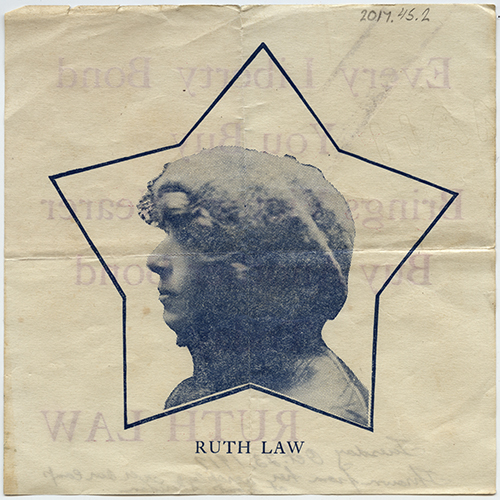 Inscription on front of flyer: "Tuesday, Oct. 23, 1917 / Thrown from her aeroplane over our camp at Camp Sheridan"