For years, this call to action has opened the description of Mrs. Wilson’s Knitting Circle, a regular event on the Museum and Memorial’s calendar. At the Knitting Circle, participants work on personal textile projects while learning about and discussing a monthly topic with guest speakers. We didn’t come up with the saying – in fact, it’s from a propaganda campaign dating back to World War I.

American women had been knitting socks and sweaters for relief organizations overseas prior to the United States entering WWI, but when these women’s husbands, brothers and sons started enlisting in 1917, the way they knitted drastically changed. 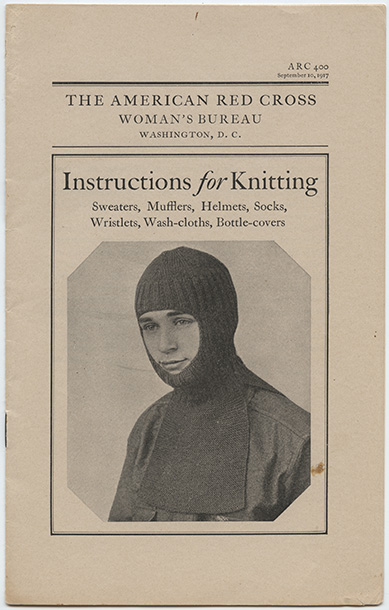 Relief organizations, most notably the Red Cross, established nationwide knitting campaigns to standardize and increase the production of garments for American soldiers fighting in Europe. The Women’s Bureau of the Red Cross published a series of informational pamphlets such as “Instructions for Knitting,” that specified color, ply, material and needle size for patterns. Local chapters provided knitters with yarn – typically wool or cotton – in three colors: green and khaki brown for the Army, and dark blue for the Navy. To regulate clothing sizes, the Red Cross also made and distributed three sizes of knitting needles. Through the standardization of patterns and materials, the American Red Cross controlled the quality of garments produced across the country for the war effort. 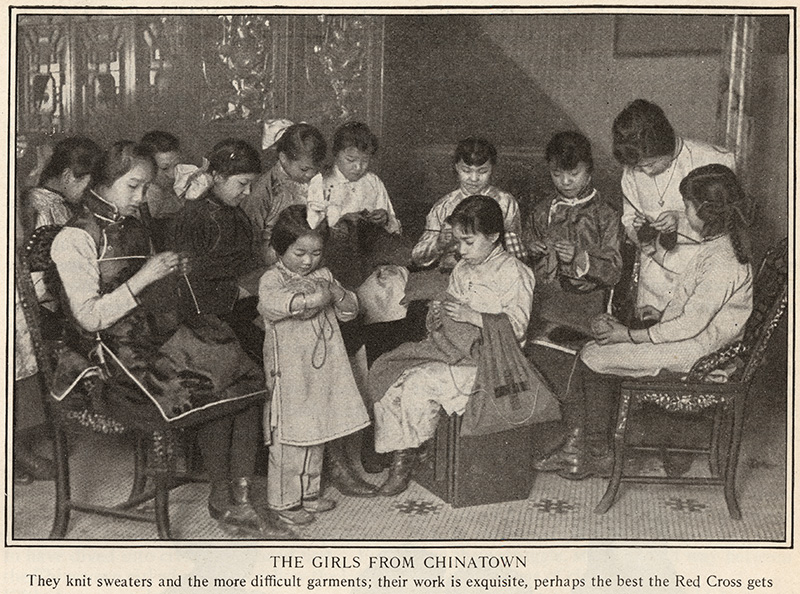 From the June 1918 issue of “The Red Cross Magazine,” a group of girls knitting in Chinatown. “They knit sweaters and the more difficult garments; their work is exquisite, perhaps the best the Red Cross gets.”

From the June 1918 issue of "The Red Cross Magazine," a group of boys make wooden knitting needles. The Red Cross created its own brand of needles, in three different sizes, to standardize knitting projects. 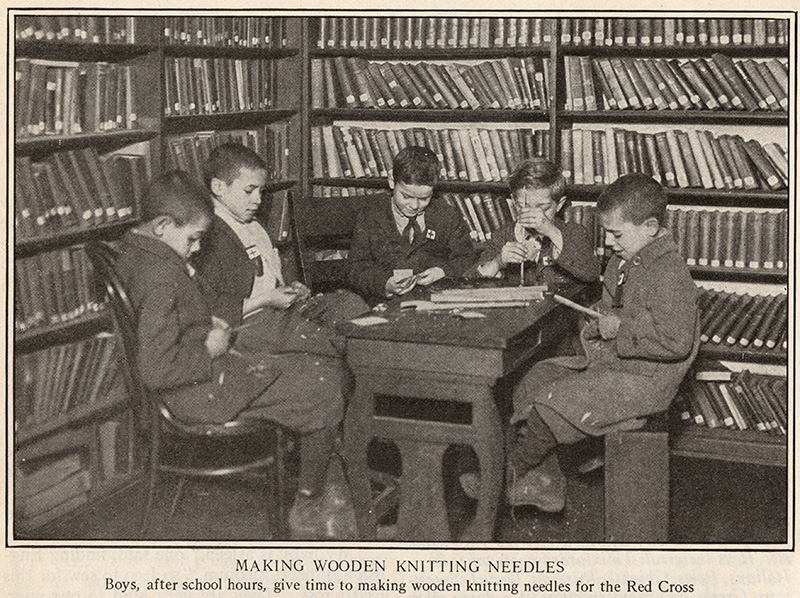 First Lady Edith Bolling Wilson, who volunteered with the Red Cross, actively supported the campaign during the presidency of her husband, Woodrow Wilson. Incredibly, in 1918, the White House managed a flock of up to 48 sheep on its grounds to maintain the lawn and produce wool for auction—from this, $52,823 was fundraised and donated to the Red Cross. (And now you know why we named our program after Mrs. Wilson.)

In large cities, work rooms were created for volunteers – women, children and men alike – to come together, learn the patterns and host large “knitting circles” to produce the requested materials. Volunteer knitters dedicated two million hours – nearly 230 years’ worth of labor – in the 18 months the United States was at war. By its end, they used 45 million pounds of wool and made 22 million garments to support soldiers stationed domestically and overseas. 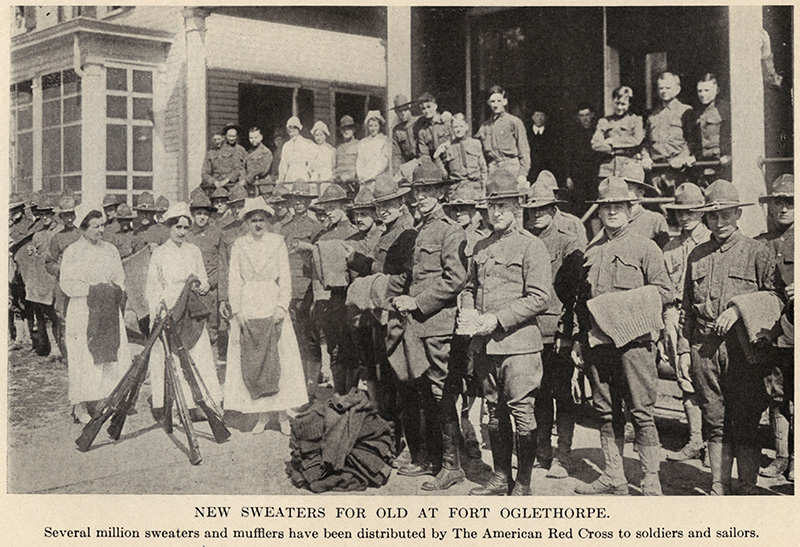 “It was a splendid gesture of courage, faith and love, commensurate only to the human misery it had lessened, the human courage it had stiffened to 'carry on' against all odds.” — Henry Davison, head of the Red Cross War Department, 1919

Want to knit your own bit?

Check our Events page or follow our Facebook page and keep an eye out for whenever we announce the next Mrs. Wilson’s Knitting Circle!