From the earliest history of armed conflict soldiers have done their duty and returned to their homes and families. In the aftermath of World War I millions of servicemen and women came home from a war that was unprecedented in its impact on those who experienced it. For some who served, the war’s impact on their bodies and minds lasted a lifetime.

Beyond the dockside homecomings and the main street parades, what was the returning veteran’s experience in being a “civvie” again? Were they able to make this transition smoothly? Return to work or school and get on with their former life? Or, did they find it difficult and require help?

We’re Home—Now What? examines the challenging transition for service personnel from War-time duty to civilian life through archival materials.

Download the accompanying Gordon Grant Poster Lesson, which uses primary sources to guide your students through questions on what “coming home” means to veterans, both during WWI and today.

The U.S. government offered financial, vocational and social resources to the nearly 5 million servicemen and women who began demobilizing in 1919 after nearly half served overseas in the American Expeditionary Forces (AEF). Finding a job was the first thing on the minds of most veterans, so the government encouraged businesses to hire them.

An article in the April 4, 1919 issue of The Stars and Stripes describes the plan of the American Expeditionary Force’s Department of Citizenship to hold “forums” to address three subjects of importance for US Army officials: “Home,” “Health” and “The Workshop.”

Servicemen were given an opportunity to ask questions about when they could expect to be sent home and discharged, the prospects for finding a job, how to maintain good health and sanitary practices for themselves and their communities and how to be aware of the influence of socialism in the workplace.

The exhibition highlights a collection of posters commissioned by the U.S. Army, General Staff’s Morale Section. All but one poster were created by Gordon Grant, an Army captain and illustrator during World War I. These posters communicate messages about how an honorably discharged serviceman can make a positive impact on their community through appearance and conduct. The posters are essentially an instructional tool, conveying an image of a model former serviceman who uses the discipline, can-do attitude and leadership skills, developed while in the service.

Disabled veterans, who had been coming home since U.S. forces began active combat in late 1917, were offered physical and occupational rehabilitation through the Vocational Education Bureau. Veterans were also encouraged to maintain their War Risk Insurance—life and disability insurance they were required to purchase in the service that later helped them financially after the transition to civilians as a “peace” risk insurance.

After serving their country overseas and making a difference in the outcome of the first global conflict in human history, veterans were now asked to make a difference on a much smaller scale—in their hometowns. 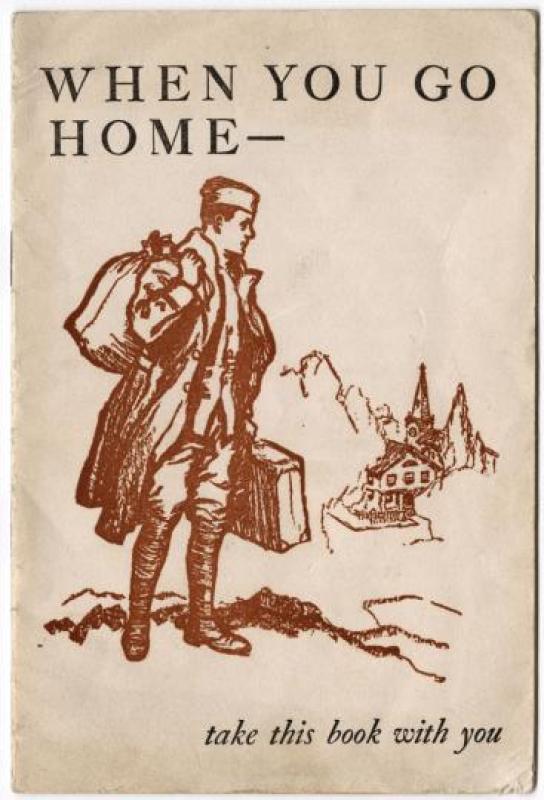 Informational booklet given to soldiers returning from World War I service that addresses discharge, relationships and sexual health. 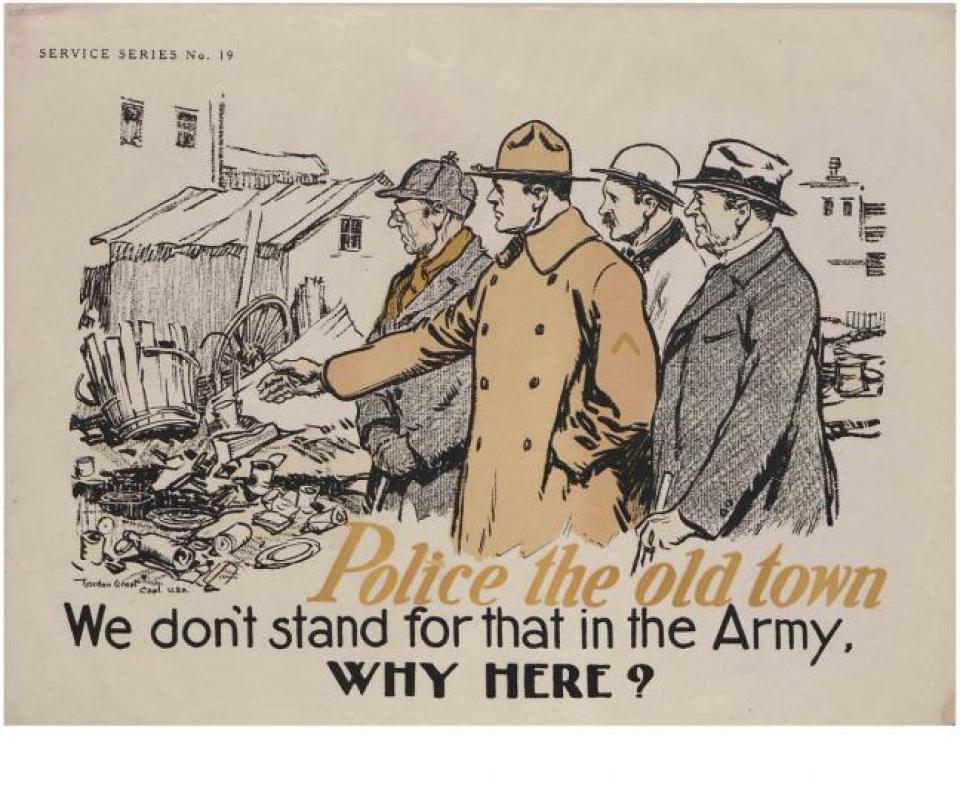 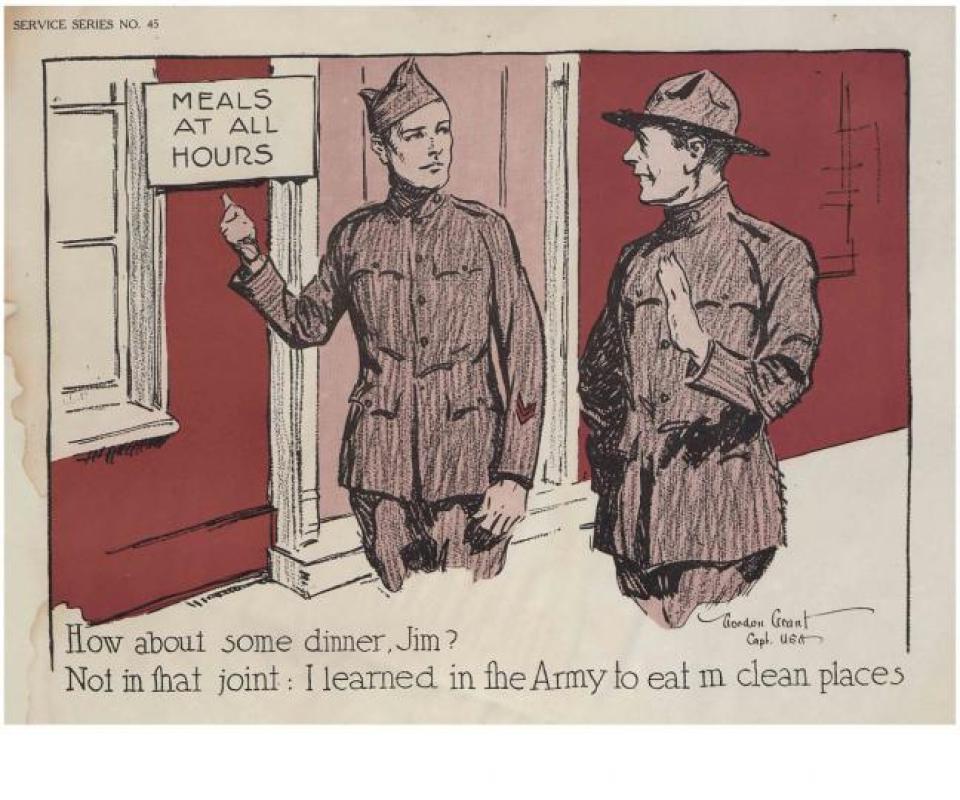 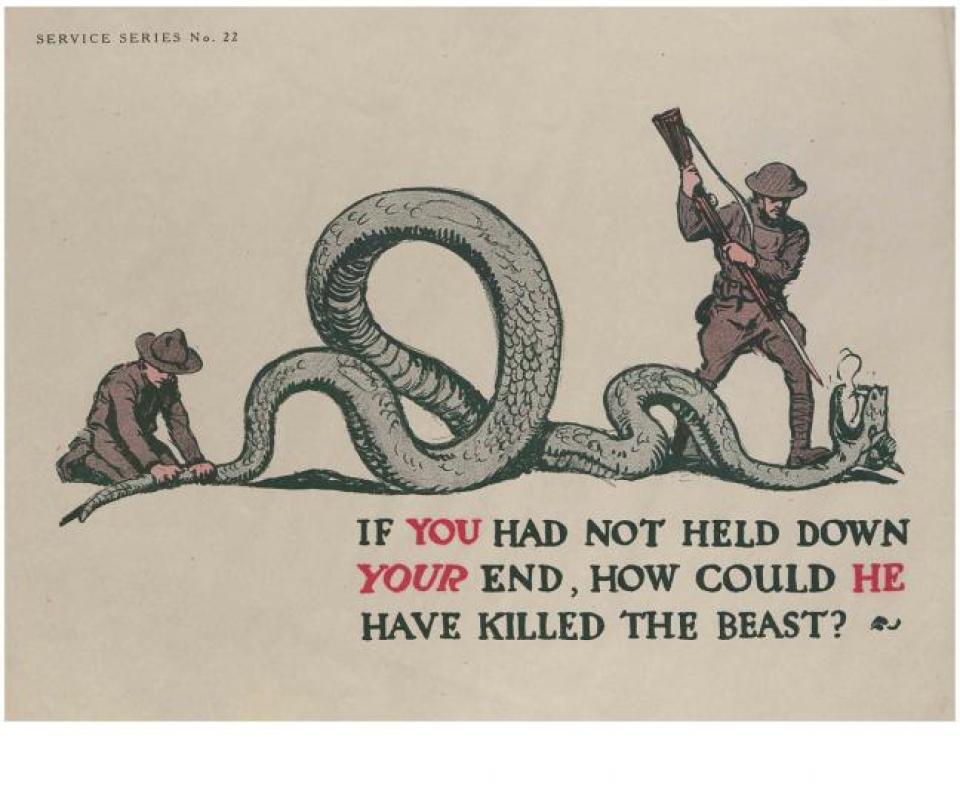 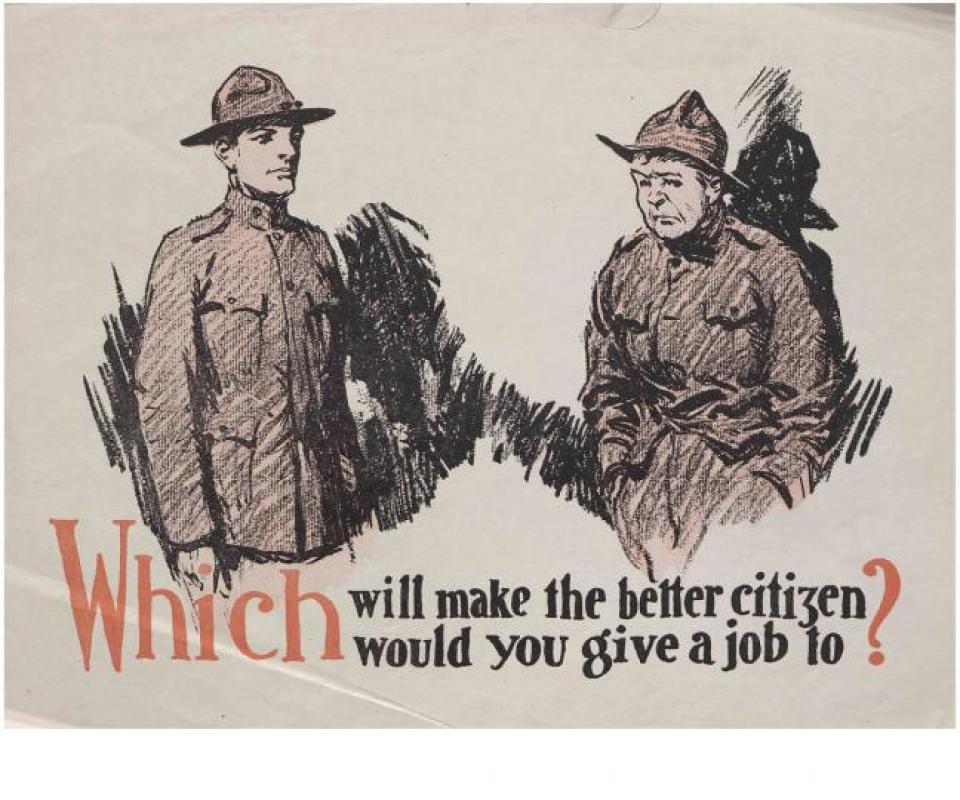 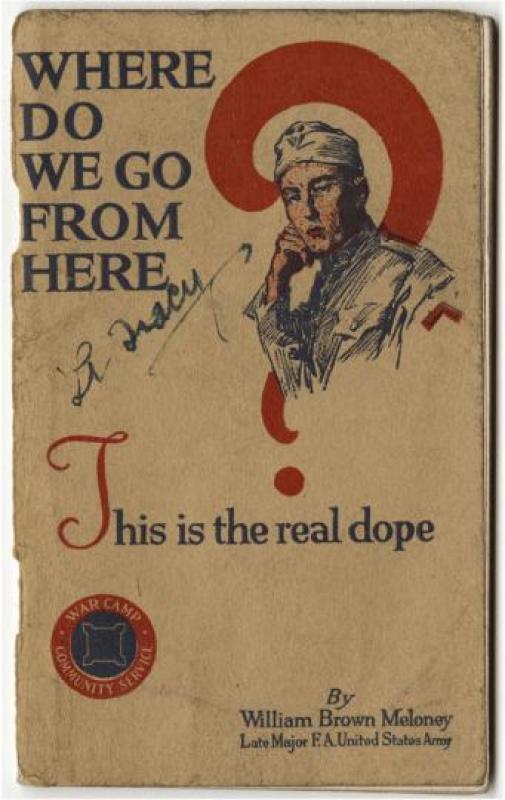 Written by William Brown Meloney and distributed by War Camp Community Service, this booklet provided information related to the processes and procedures for soldiers discharged after World War I.