War & Art. Destruction and Protection of Italian Cultural Heritage During World War I

During the First World War even Italy’s historical and artistic heritage became a powerful propaganda tool for the country affected by the war. The art and beauty destroyed during air raids or land battles were further proof of the “enemy’s barbarity.” The planned or accidental destruction of artistic monuments had already been condemned by France on Sept. 19, 1914, following the irreparable damages to Reims Cathedral, and even earlier, on Aug. 25, 1914, by Belgium when the historical library of Louvain was destroyed by fire.

In Italy, the destruction of culture was considered a cowardly and uncivilized act, a sort of blasphemous sacrilege, much like the violence perpetrated by invading armies against unarmed civilians. The idea that Italy’s national heritage could be used as a successful propaganda tool against the enemy was immediately put into action with photographs, like those in this special exhibition, that documented the damages of war to paintings, frescoes and churches. Photography was also used to sensitize the population in remote areas far from the front lines since this visual means proved the most effective instrument of persuasion—it could be easily understood even by the less educated members of the population and the illiterate. Newspapers and magazines thus detailed the beautiful artworks in the more famous Italian cities protected and defended against the “enemy’s barbarity.”

As shown in the exhibition, the photographs taken to document the protection of the art became art themselves. The sandbag walls and wooden structures built around precious sculptures and architectural features became art in themselves.

This exhibition, shown outside of Italy for the first time, has been organized by Istituto Per La Storia Del Risorgimento Italiano, Roma, the Embassy of Italy, Washington D.C., and the Italian Cultural Institute of Chicago. 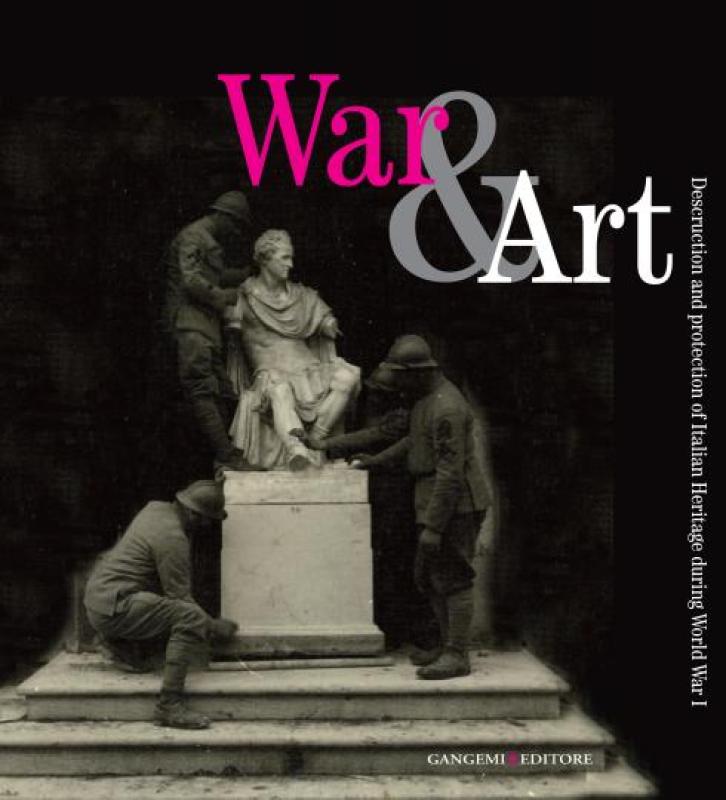 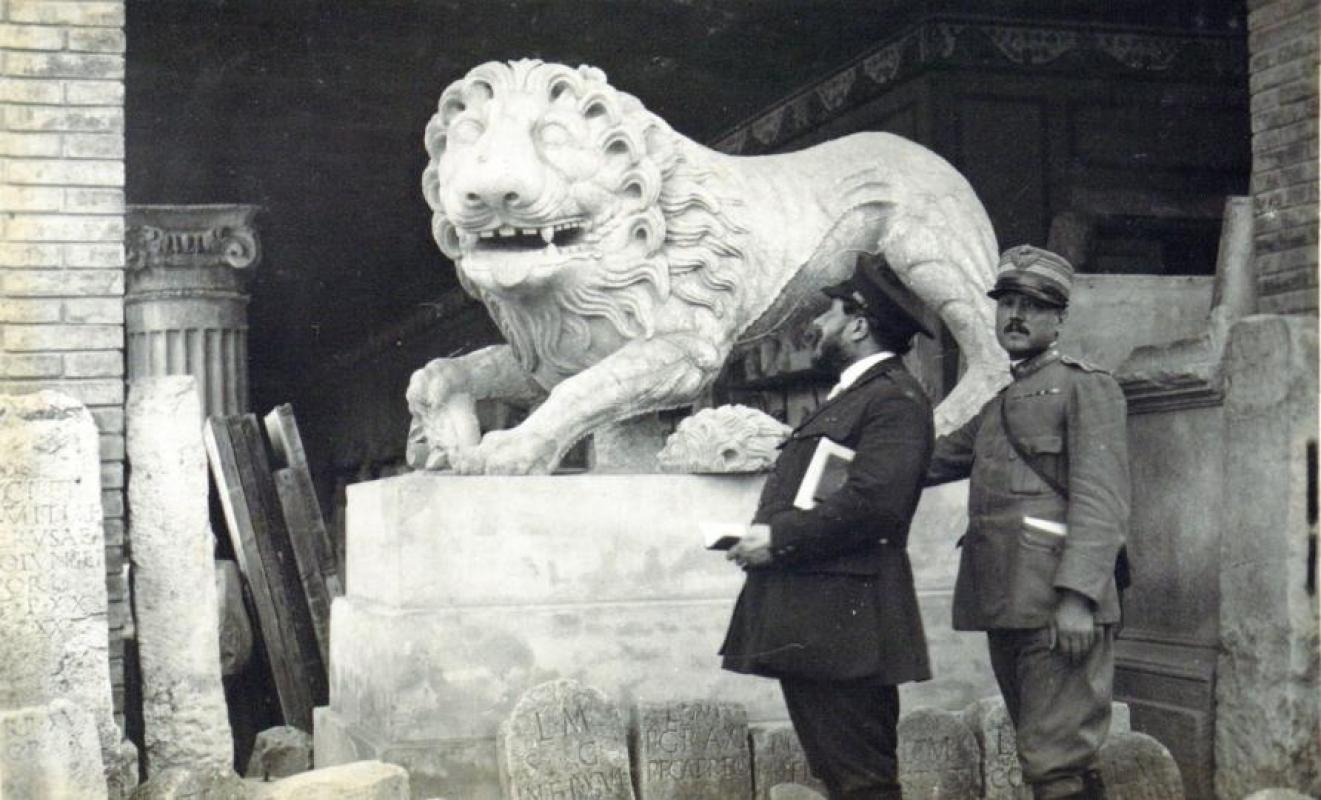 Paul Adams of the Journal visiting the Museum in Aquileia, accompanied by the journalist Ugo Ojetti, 1916 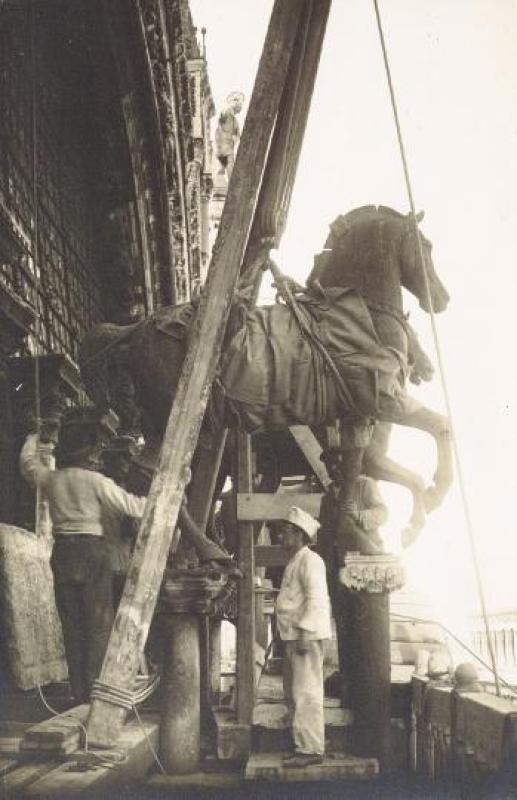 Venice, St. Mark’s Basilica, removal of the bronze horses on the façade, 1915 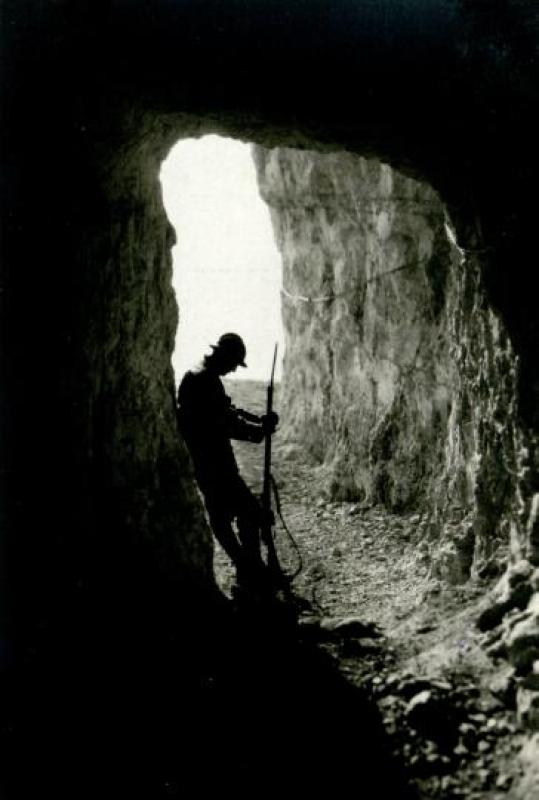 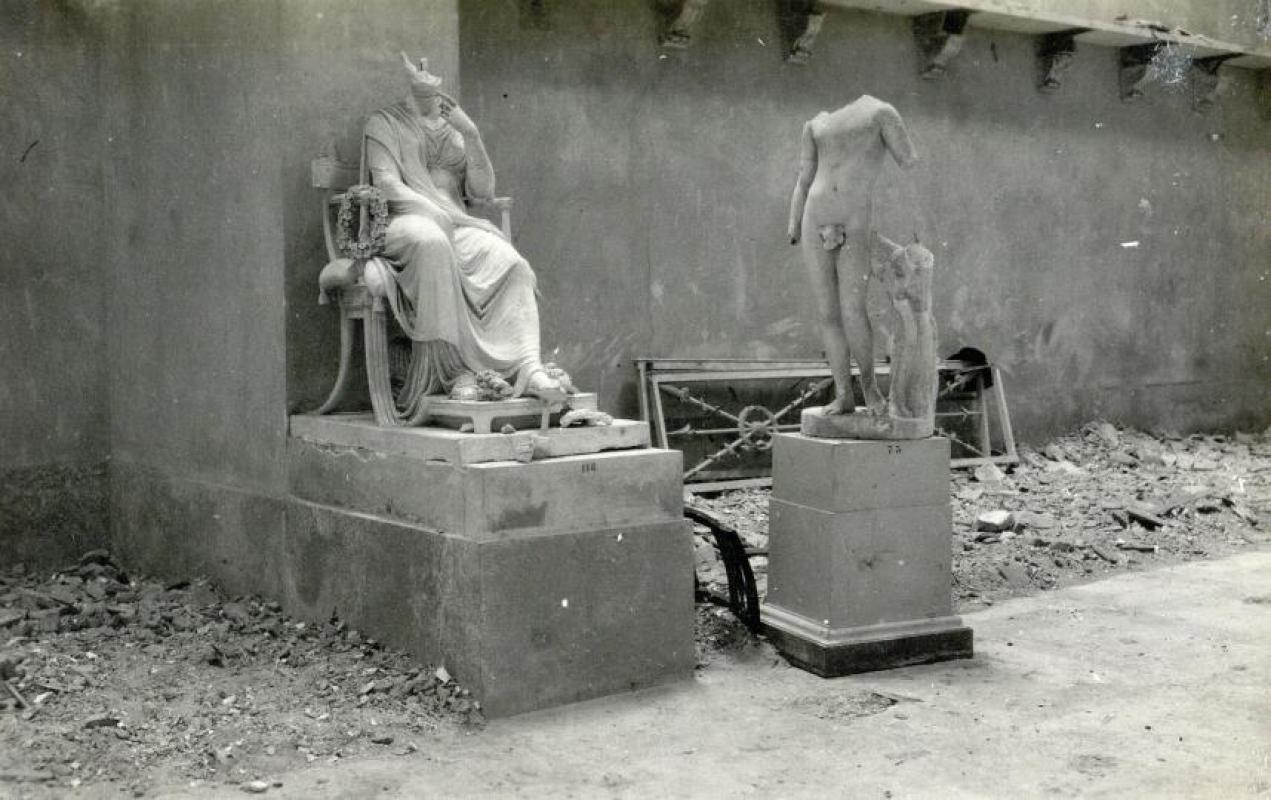 Possagno in the province of Treviso, inside the Canova Gypsum Museum after the bombing, 1918 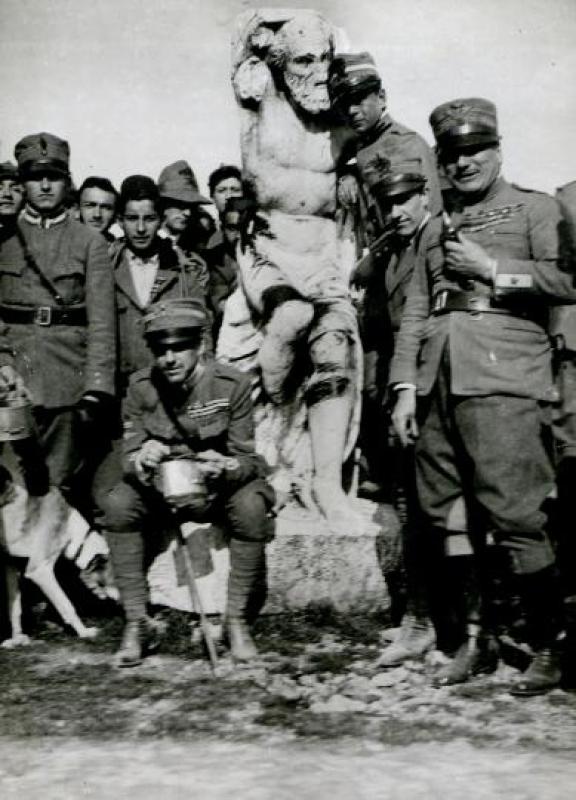 Gabriele D’Annunzio with his legionaries in Fiume, 1918-19 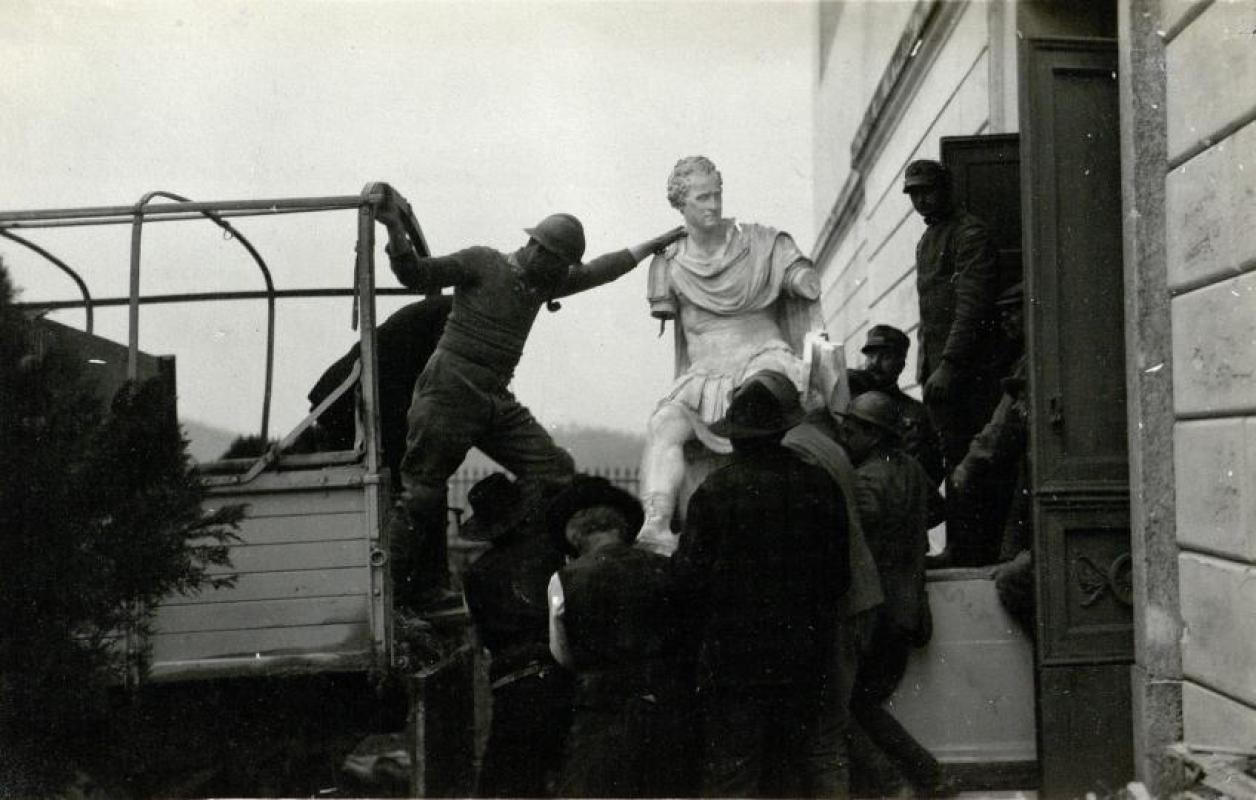 Possagno in the province of Treviso, transportation of the gypsum statue of George Washington by Antonio Canova after the museum was bombed, 1918