Wacht im Osten: German Encounters with the East in World War I

When the German army advanced into the western territory of the Russian Empire (Poland, Lithuania, Belarus) in the spring and summer of 1915, the German soldier encountered a physical and cultural environment quite different from what he previously experienced.

As historian Vejas Liulevicius describes, the German soldier formed a “mindscape” of the vast, sparsely populated, underdeveloped, alien landscape in which he found himself—something conquered by armed force, but beyond his power to fully understand and control. This landscape challenged him with a psychological learning curve beyond his capacity as a soldier or administrator to comprehend a completely new environment.

Constantly aware of this, the German occupier coped with his disoriented feelings by scrutinizing his environment more thoroughly than he might have in more familiar surroundings. The Germans’ “mindscape” transitioned from being a way of understanding the physical nature of this environment to understanding how to interact with it and eventually subdue it, by constant guarded watchfulness.

Wacht im Osten “Watch in the East” explores this encounter between the German soldier and the land and people he found himself trying to understand. An example of this is the Belarusian village of Iwje, which is depicted using commercial photo postcards illustrating its diverse mix of religious cultures, including Christian, Jewish and Muslim.

The exhibition’s narrative unfolds mainly through the stories of two German soldiers: Georg Oertel and Friedrich Volkmann. Oertel served as a medic in a field hospital in Poland and once helped deliver a farmer’s baby during the Christmas holiday. Volkmann was a father with two small children who served in the infantry in Poland and was killed there. They are experiences of two soldiers, far from home in a foreign land, caught up in war. 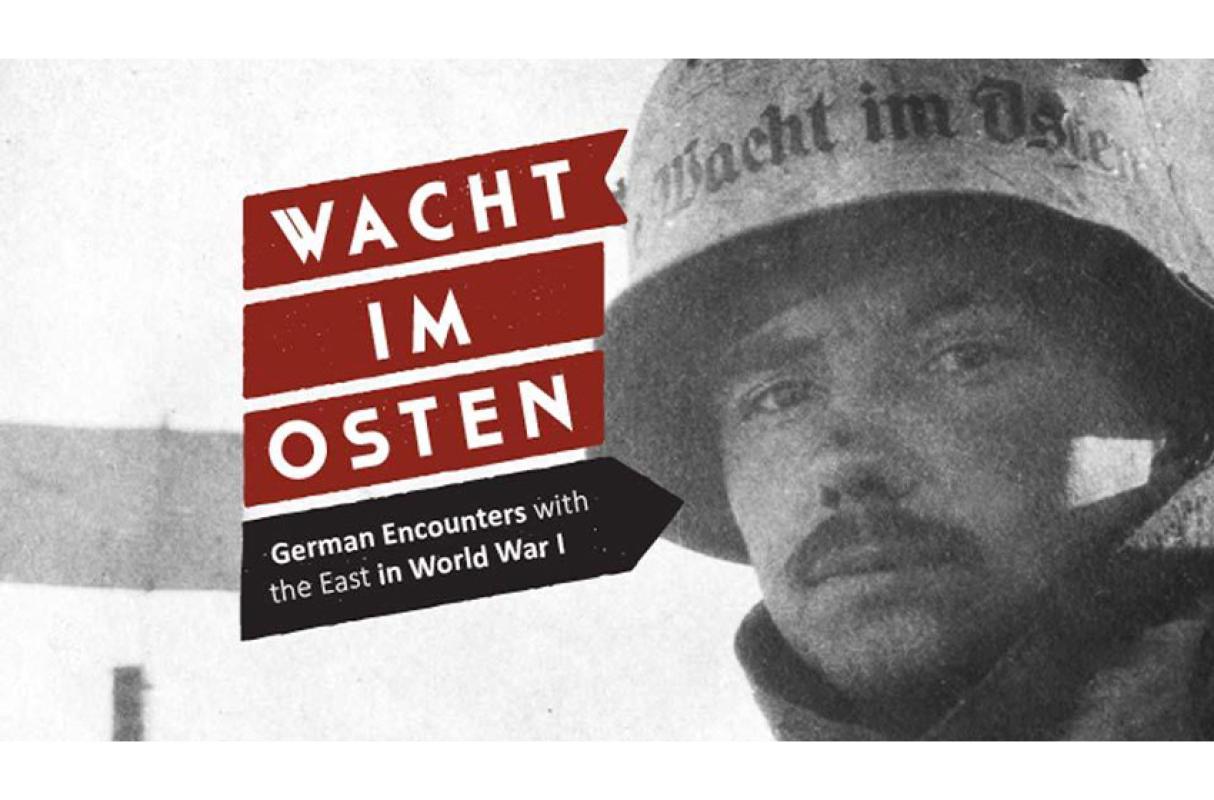 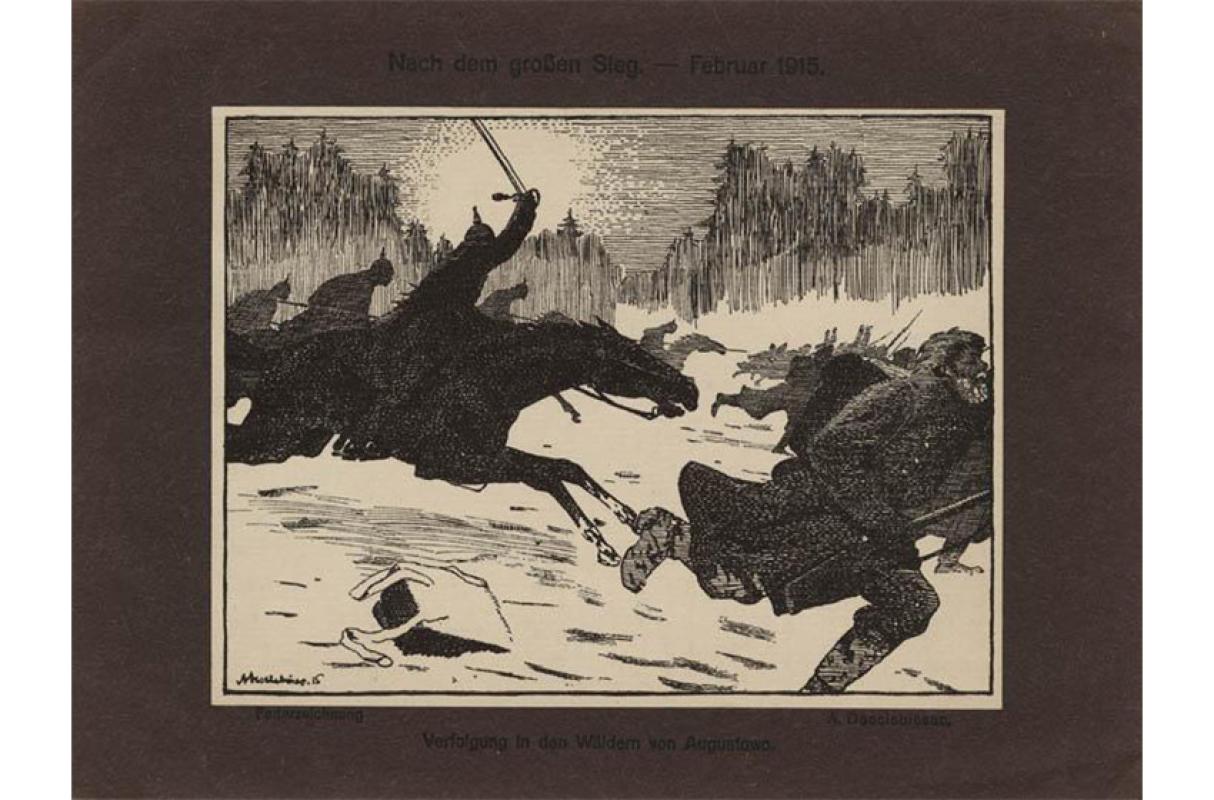 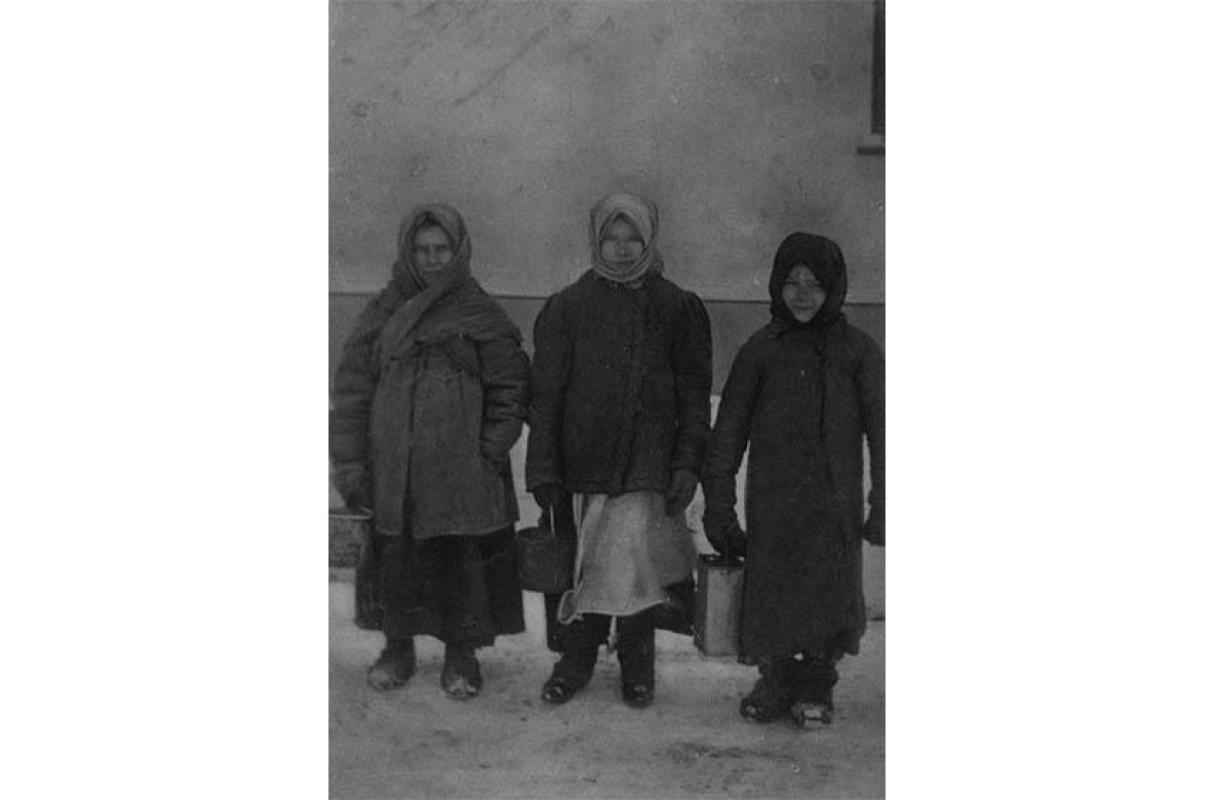 Polish children begging for a meal in German occupied territory in 1915. 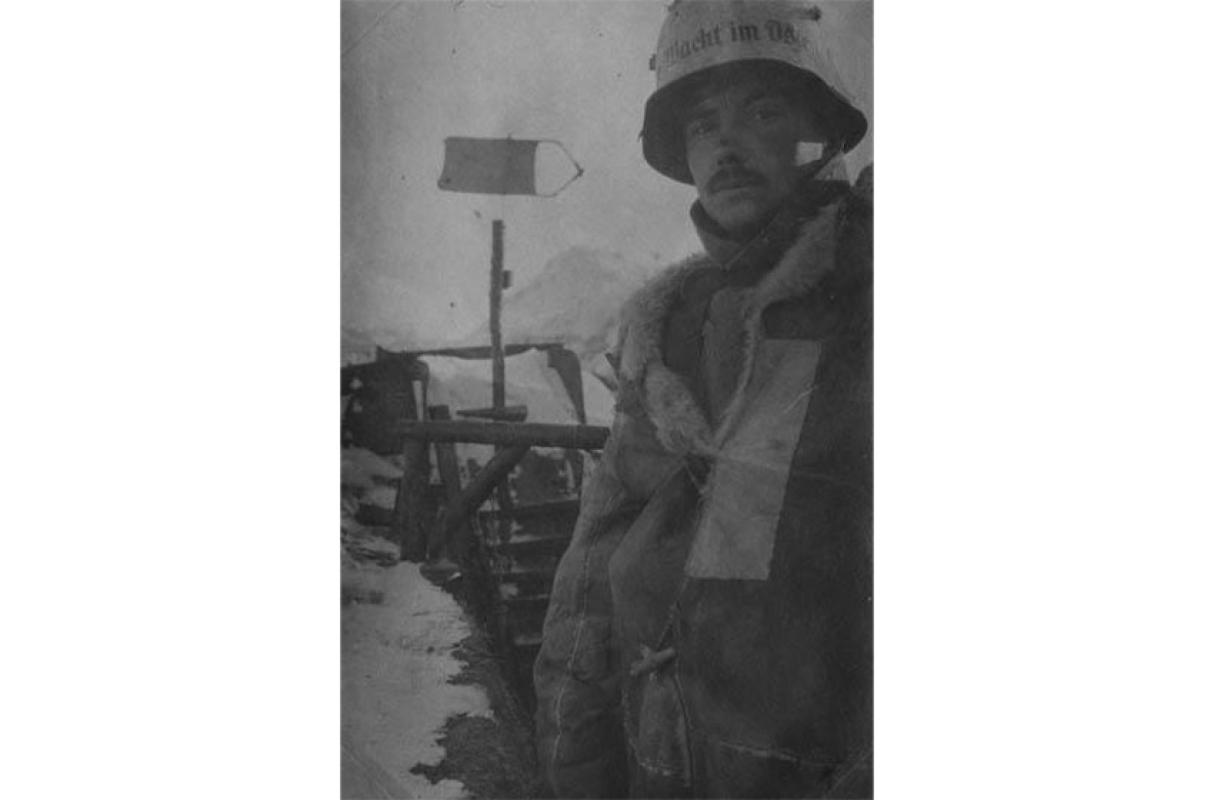 Unknown German soldier on sentry duty in a trench. 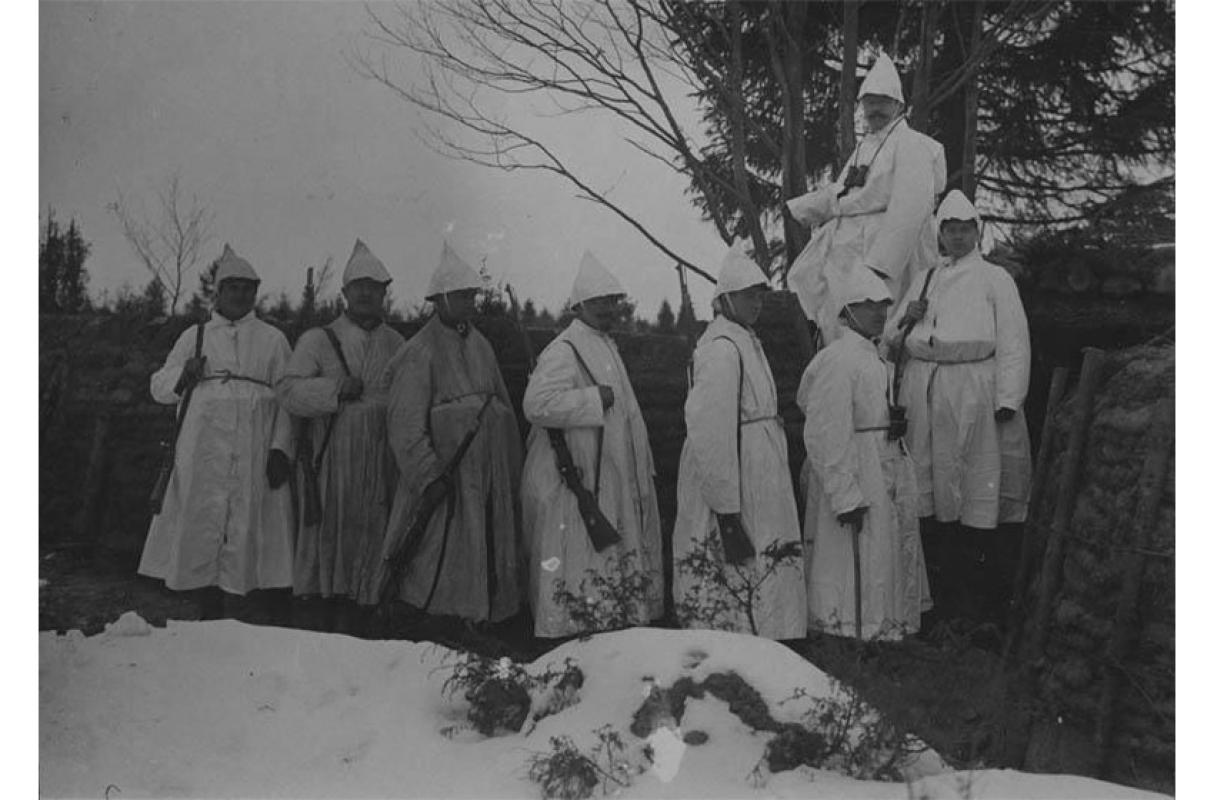 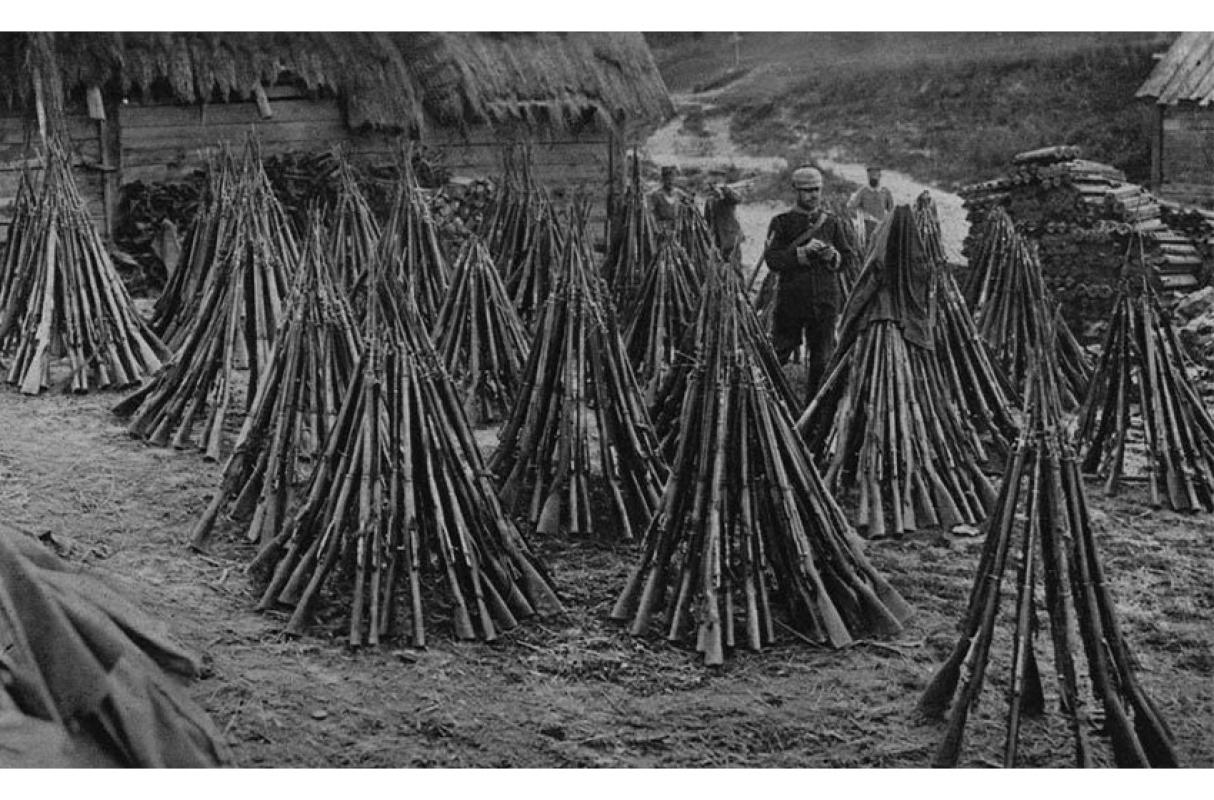 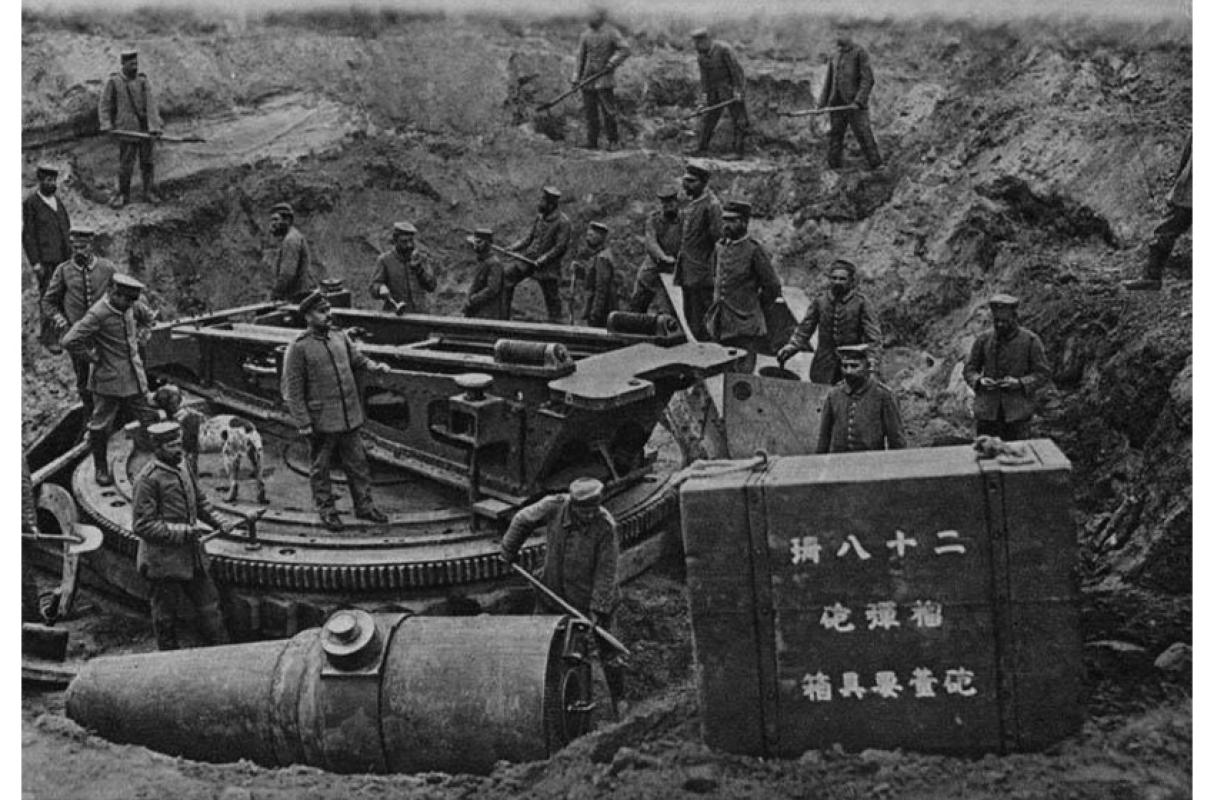 German soldiers excavating a Japanese 28 cm. siege howitzer near Grodno; a munitions or spare parts crate sitting to the side. 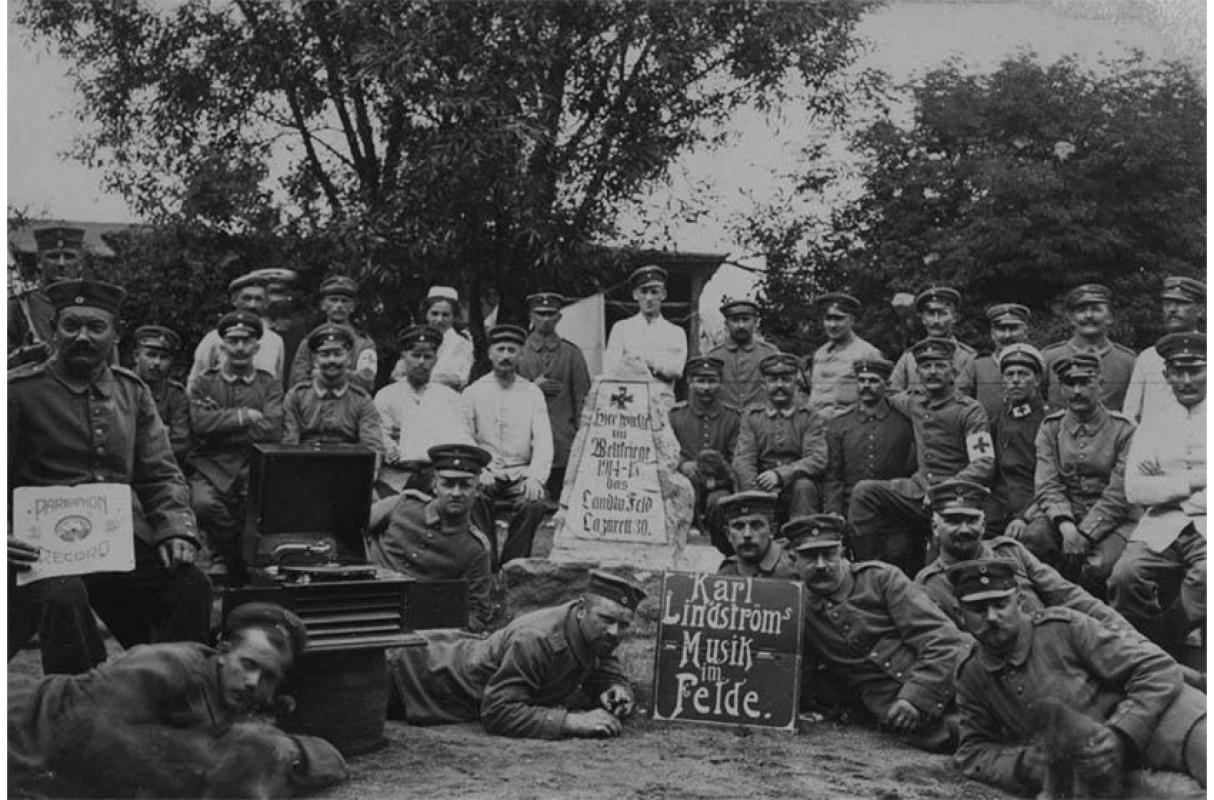 Personnel of the Landwehr Field Hospital No. 30 posed around a gramophone with a sign that translates as “Karl Lindstrom’s Field Music.” 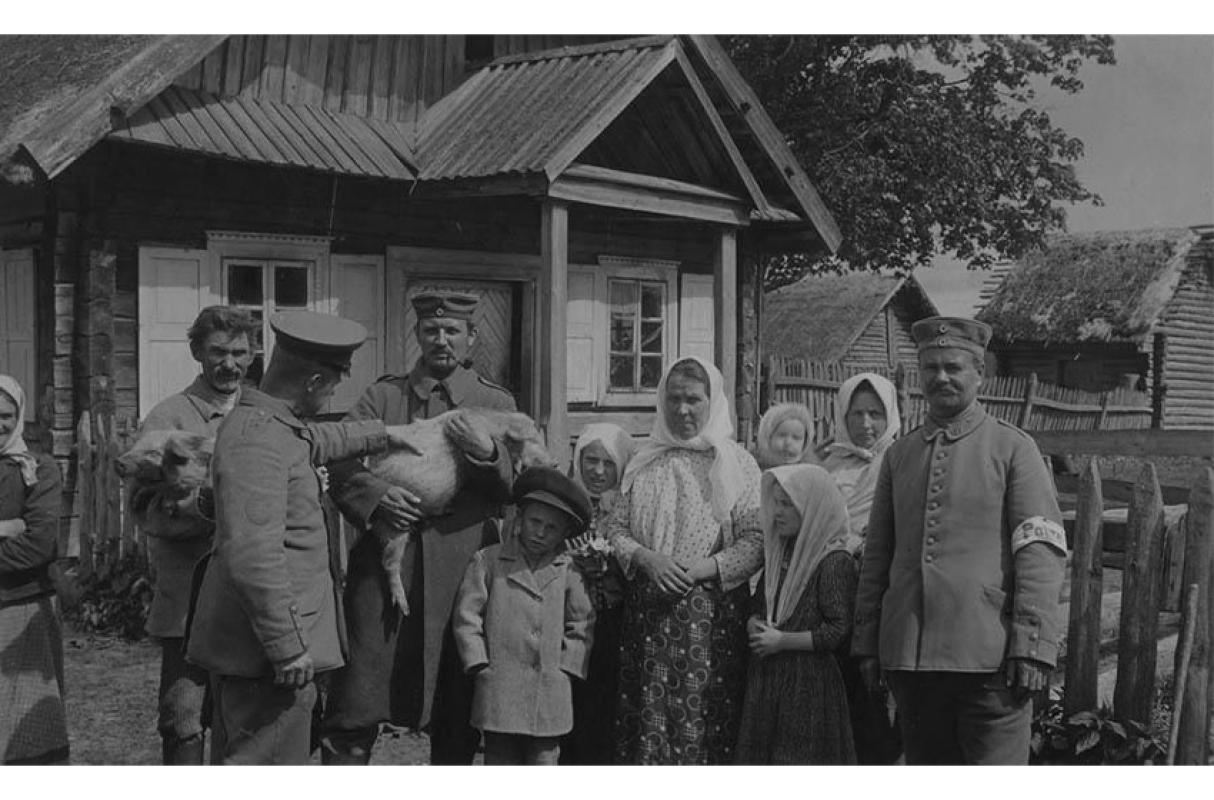 Georg Oertel with civilians and other German soldiers; he is on the left, touching the pig held by another soldier. 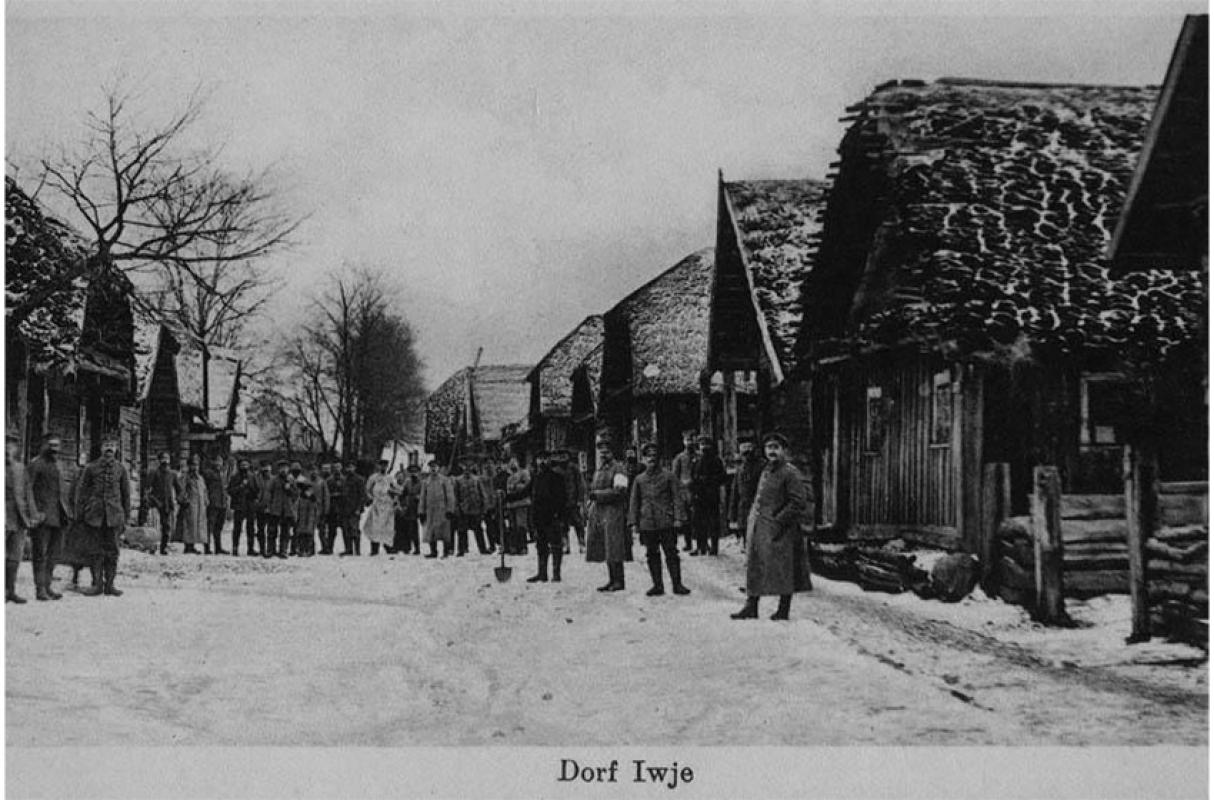 Street scene in the town of Iwje featuring wooden houses with thatched roofs. 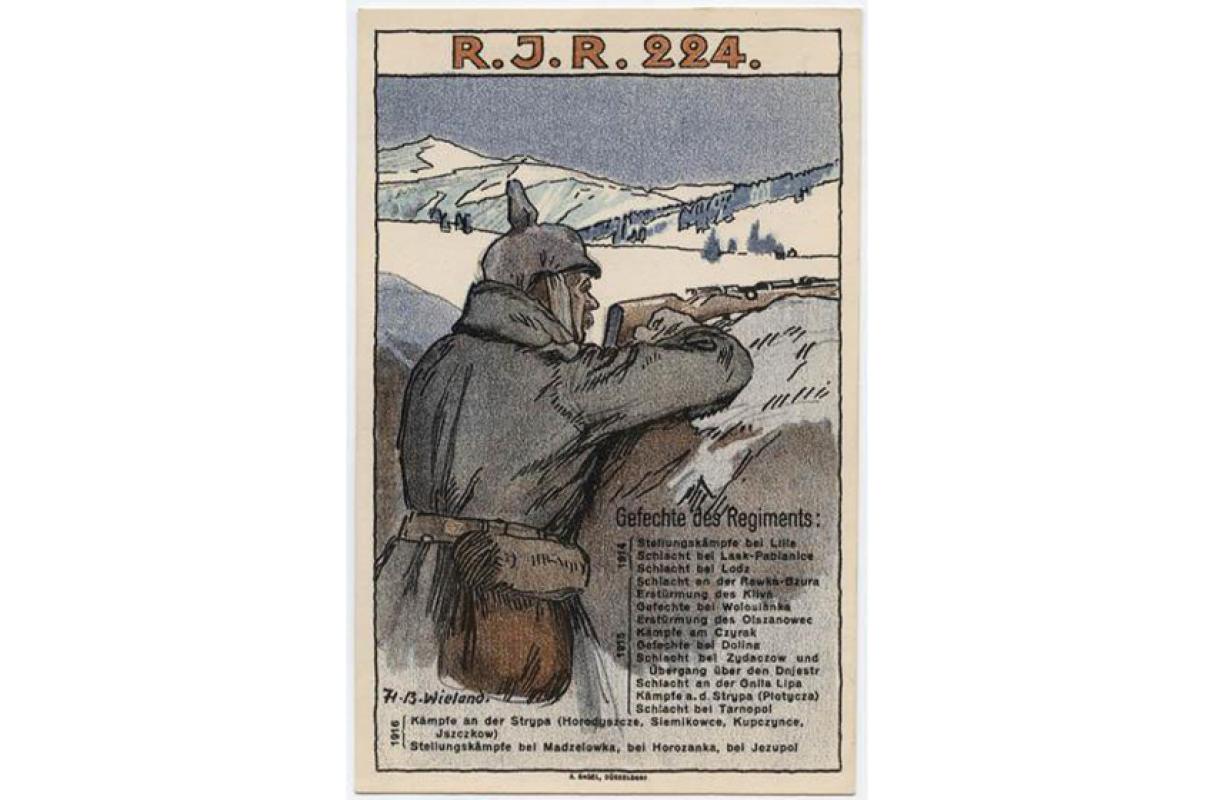 An illustration of a solitary sentry staring across No-Man’s Land.