“With all its failures, its delays, its harsh injustices, we will stick to democracy. We will not give up. We women, at least, will not even falter. We will press straightforward, knowing that the cure for the ills of democracy is more democracy.”

When the 19th Amendment to the U.S. Constitution took effect on Aug. 26, 1920, it followed more than a century and a half of activism largely led by women. Its passage was deeply influenced by the significant involvement of women at home and abroad during World War I.

From working in munitions factories, to volunteering with the YMCA and American Red Cross, to serving in the U.S. Army Signal Corps, to working as physicians and nurses, American women of many ethnicities were not only indelible to the success of the Allies, but also are integral to the global story of World War I. In many Black communities, organizing and activism were long established traditions that found a heightened sense of urgency during the war. Black women mobilized their labor, supporting Black soldiers in training camps, serving in civic organizations and fundraising, while continuing to fight for social reforms at home.

Following decades of vicious opposition—even among those who agreed on women’s enfranchisement —U.S. President Woodrow Wilson declared passage of the 19th Amendment “a vitally necessary war measure” on Sept. 30, 1918, nearly 18 months after the U.S. entered World War I. Wilson recognized the important sacrifice and service of women during the war, and equally understood that in order for the U.S. to “lead the world to democracy” action, not just words, was required.

Passed by Congress on June 4, 1919, the Constitutional amendment promised, “the right of citizens of the United States to vote shall not be denied or abridged by the United States or by a State on account of sex.”

The amendment reached the 36 states threshold for ratification on Aug. 18, 1920 when the Tennessee House of Representatives approved the “Susan B. Anthony amendment” by two votes.

Though often remembered as the year “women won the right to vote,” in some parts of the U.S., women already had been voting on state levels and practiced “partial suffrage” for years. Other women were denied based upon their race, ethnicity and citizenship—an ongoing threat to democracy then and today.

Votes & Voices explores some of the history of the women’s suffrage movement, largely from the perspective of those who fought for enfranchisement more than 100 years ago.

Located on the Main Level of the National WWI Museum and Memorial, the West Lobby Gallery is open to the public with no admission ticket required. 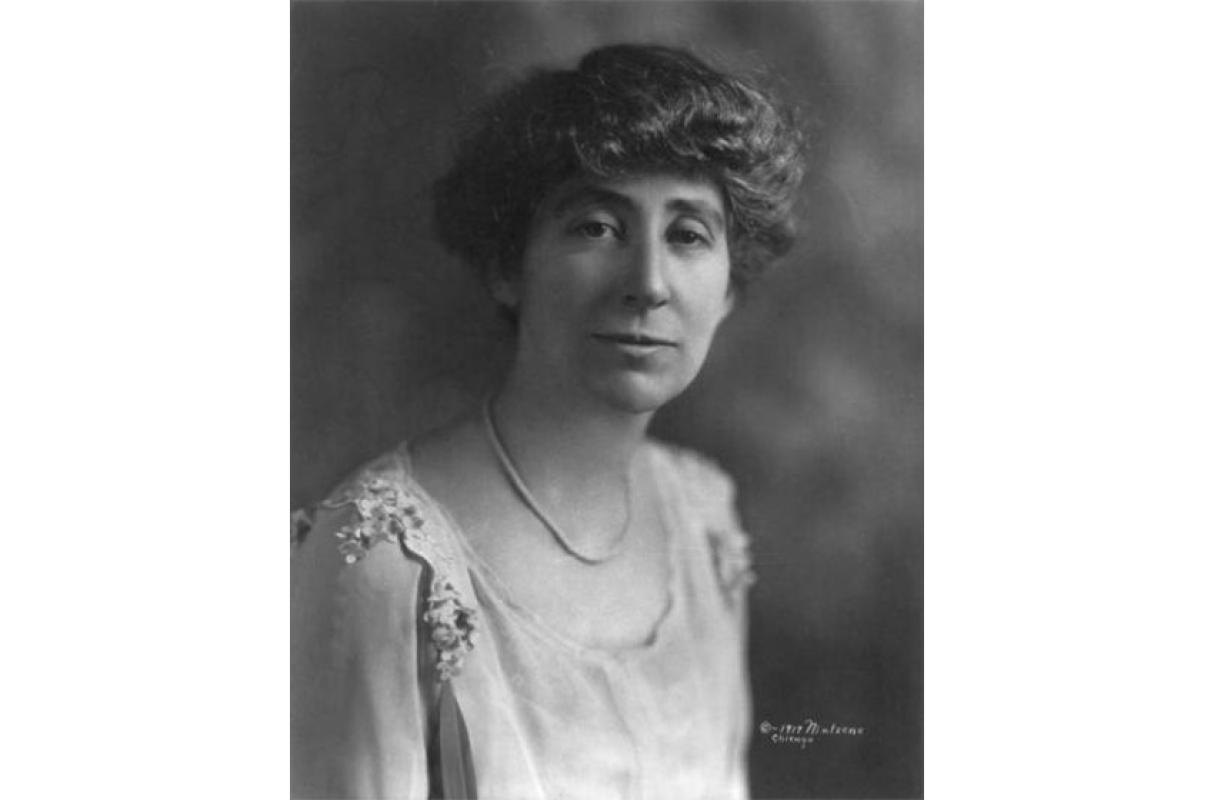 Prior to the passage of the 19th Amendment, Montana had already elected the first woman to the U.S. House of Representatives in 1917, Jeanette Rankin. 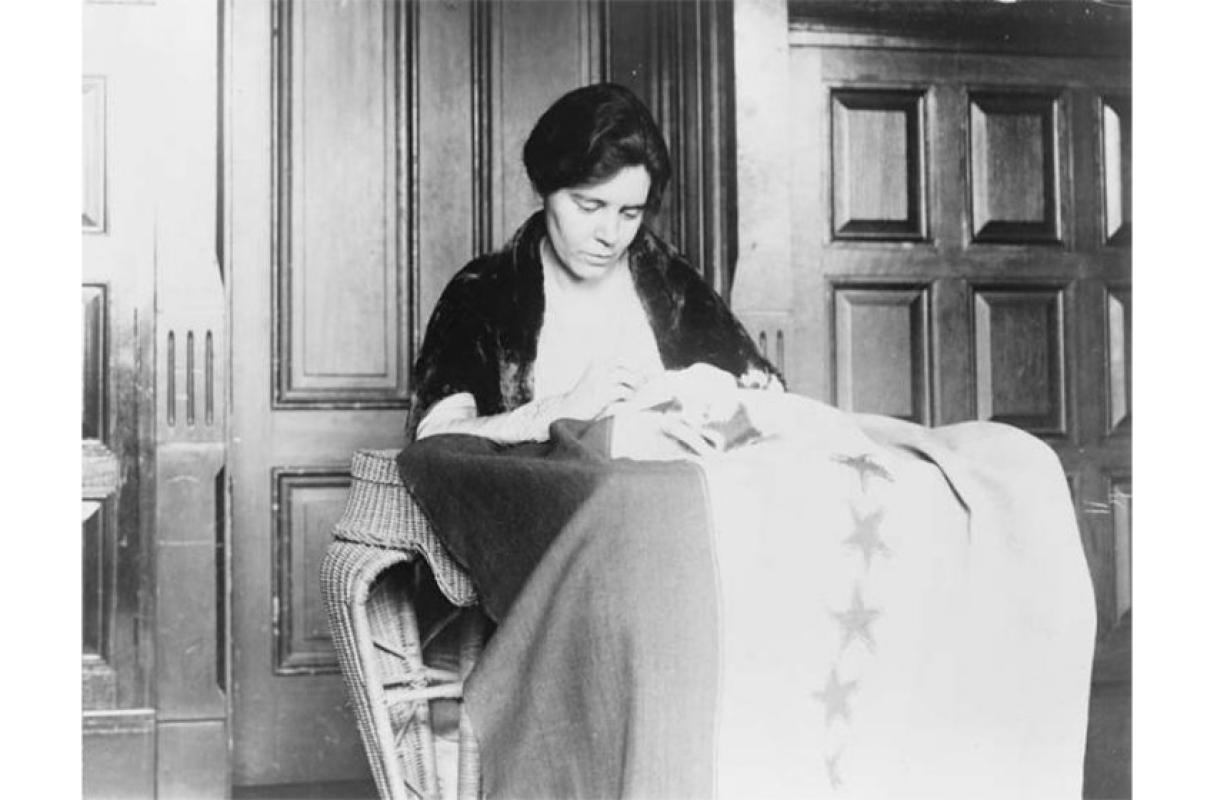 Miss Alice Paul is shown sewing the 36th star on the suffrage ratification banner, the stars having been added from time to time as the various states ratified. 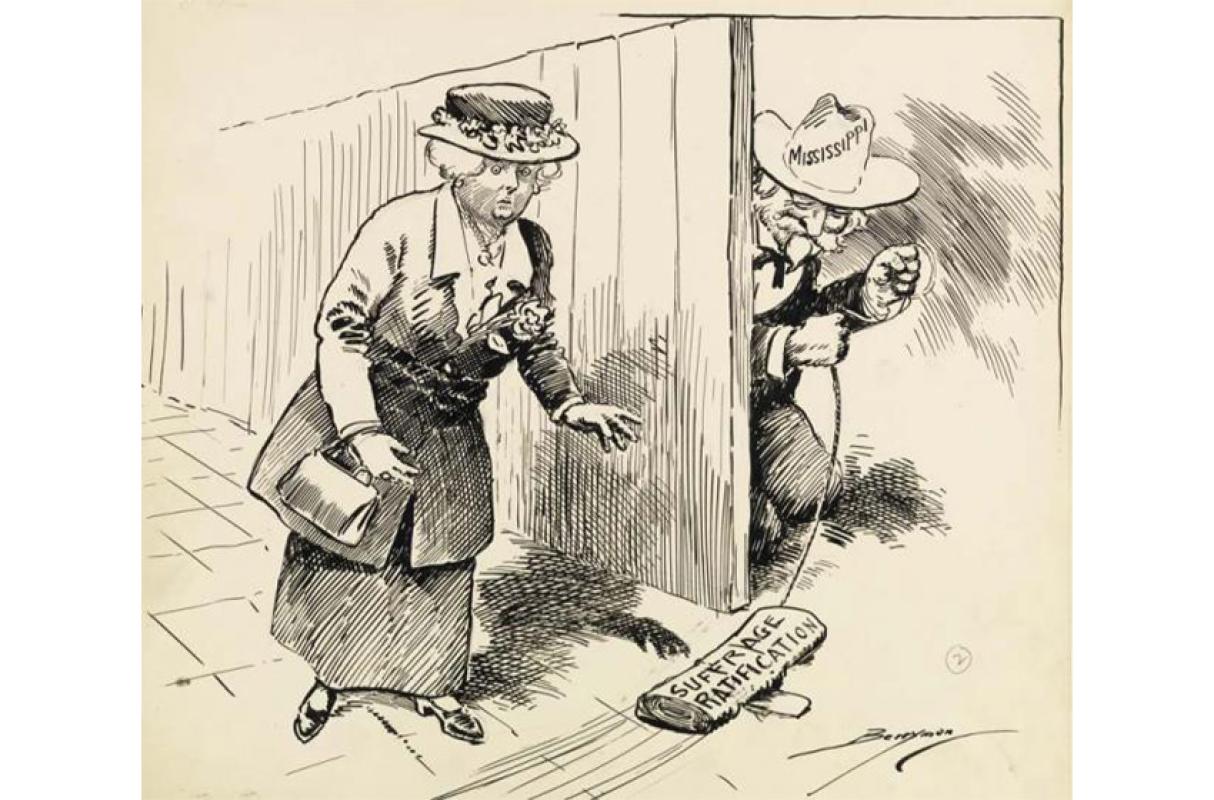 Cartoonist Clifford Berryman portrays the rejection of the 19th as an April Fool’s joke played on the women’s suffrage movement. 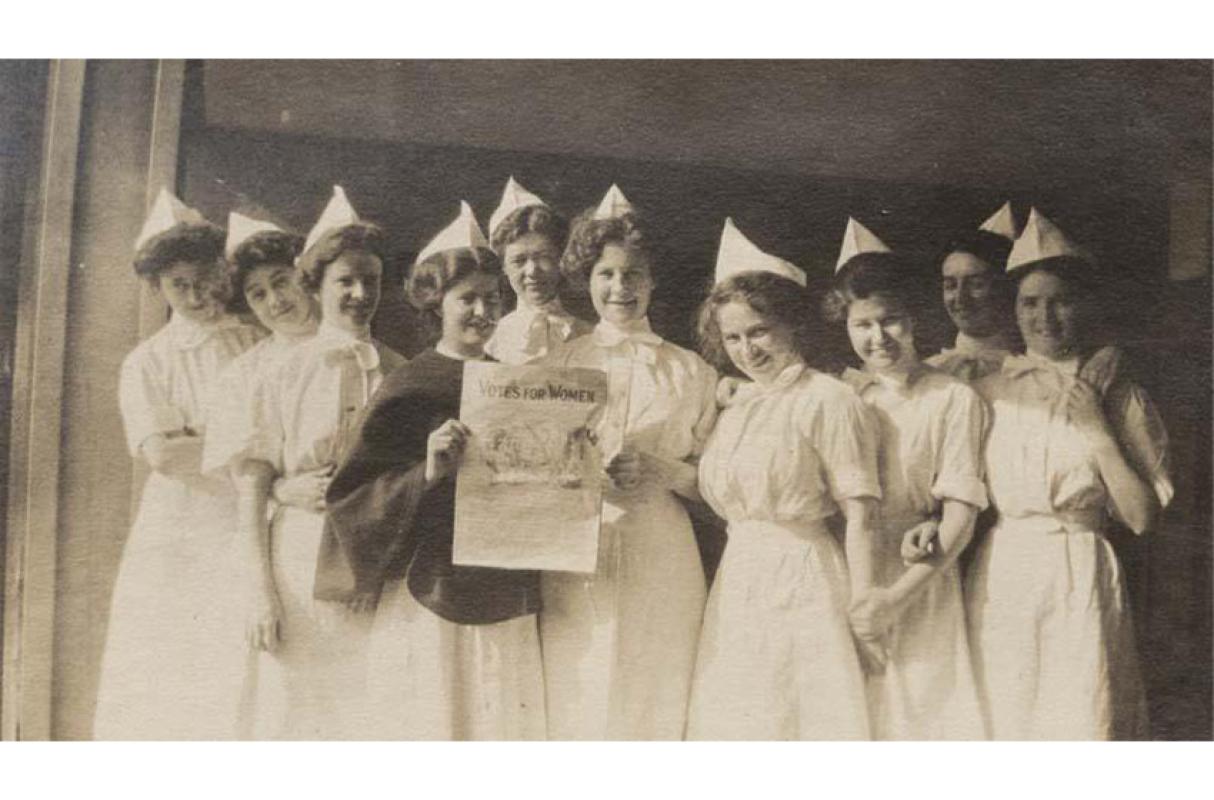 The image was from the service of Agnes M. Ward who served with the American Red Cross and Army Nurse Corps in Belgium and France. 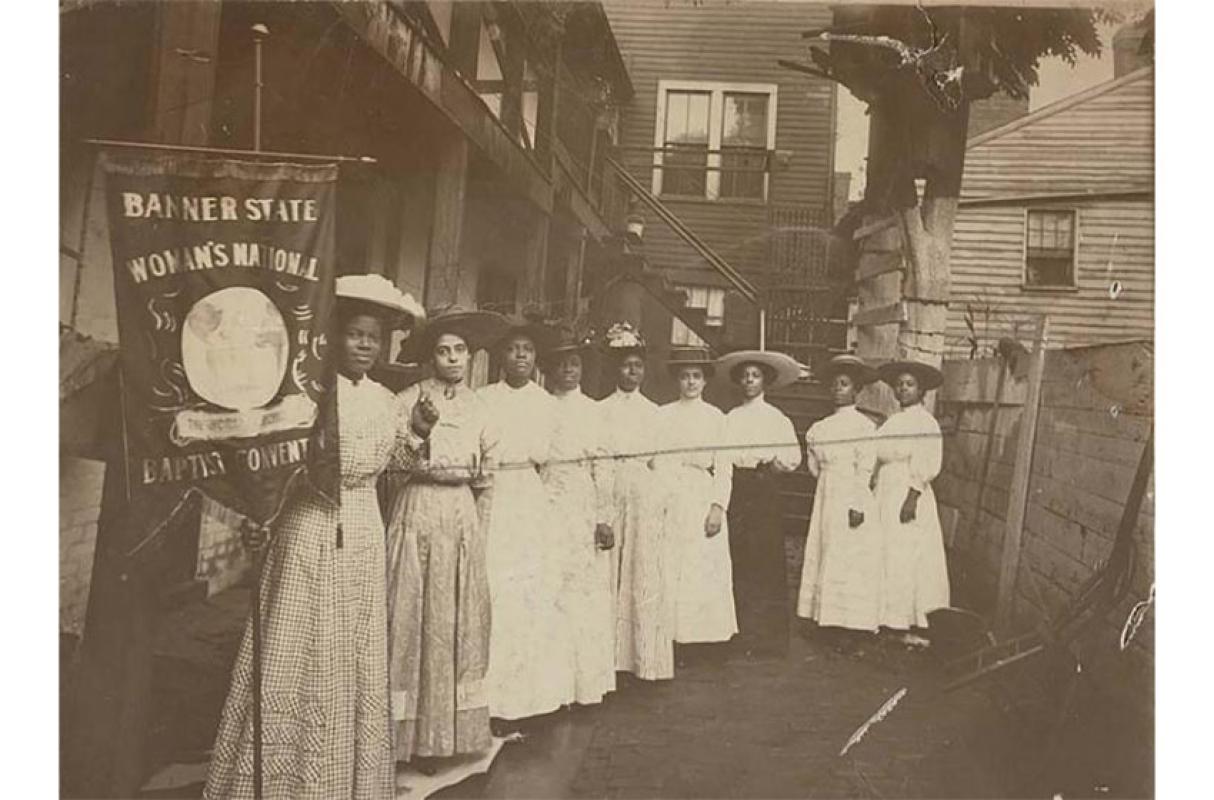 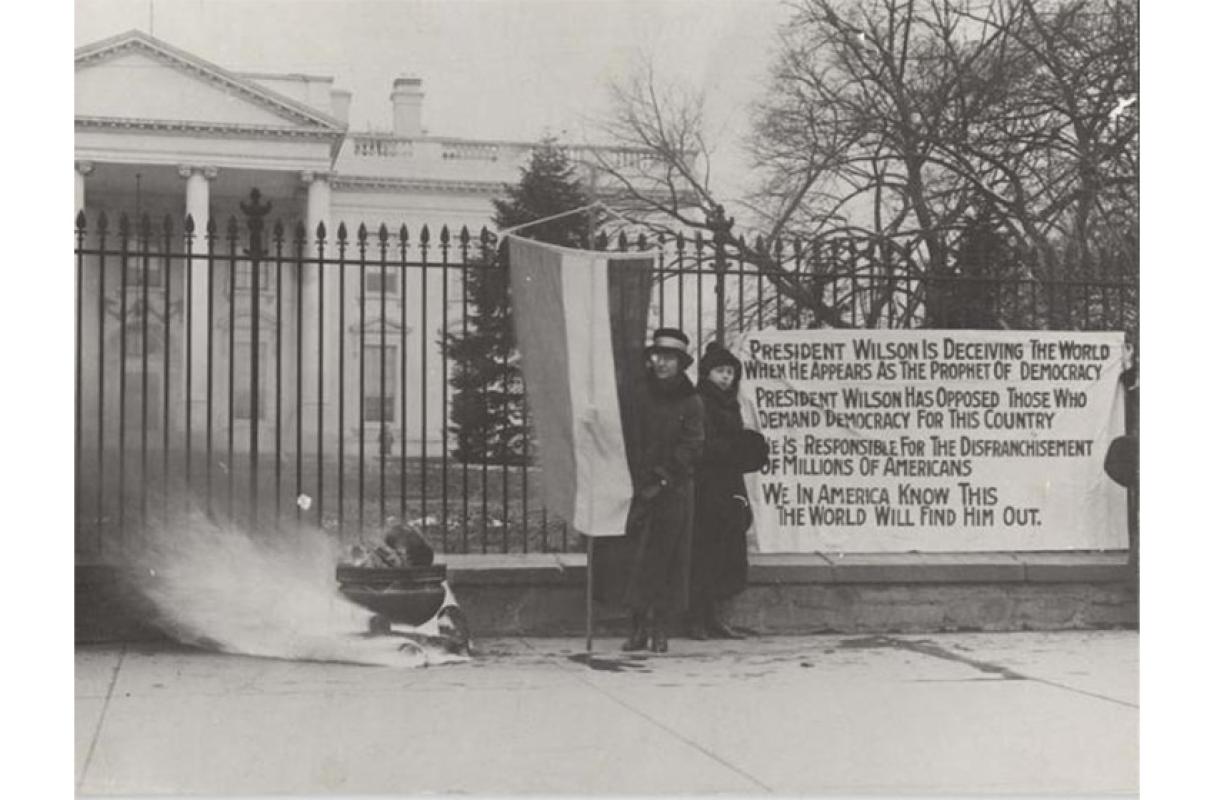 At the time, a peaceful protest outside the White House in support of women’s suffrage was considered a radical action.