Snoopy as the World War I Flying Ace

The 2009 exhibition Snoopy as the World War I Flying Ace paired 42 pieces of art by Charles Schulz with historical objects drawn from the Museum and Memorial’s World War I aviation collection.

Snoopy as the World War I Flying Ace presented Charles M. Schulz’s lovable beagle, Snoopy, as his alter ego, the Flying Ace. The exhibit showcased 42 of Snoopy’s most exciting adventures in his transformed doghouse – now a Sopwith Camel airplane – from the time he faced a deadly bout of influenza to sparring with the Flying Ace’s archenemy, the Red Baron.

Memorable for both children and adults, the exhibit expanded beyond a pop culture icon to include vintage objects related to World War I aviation. These included a Prussian mounted officer’s ulanka (tunic) like the one worn by the real Red Baron, Manfred von Richthofen, snapshots of von Richthofen, a German airplane fabric section from a Fokker D7 rudder, airman insignia, flying goggles and a British Lewis .303 caliber aircraft machine gun produced for the French. Additional cartoons and original artwork published during World War I were also showcased in the display.

Schulz served as a sergeant in the United States Army and had always wanted to draw adventure comic strips but had been told to stick with what he did best – funny kids. However, after 15 years as a cartoonist, on Sunday, October 10, 1965, he finally had the opportunity to create his hero: Snoopy, the World War I Flying Ace.

Snoopy as the World War I Flying Ace was organized by the Charles M. Schulz Museum and Research Center and toured by ExhibitsUSA, the national touring division of Mid-America Arts Alliance, a non-profit regional arts organization based in Kansas City, Missouri. 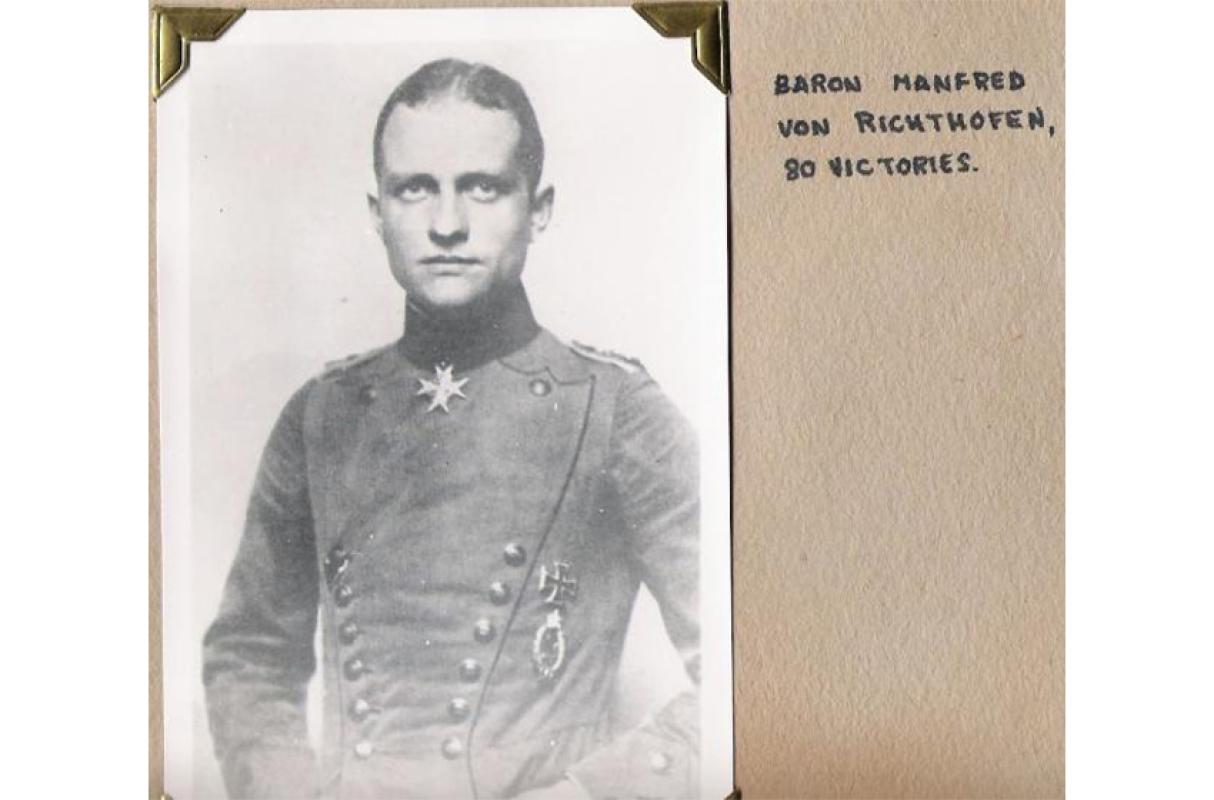 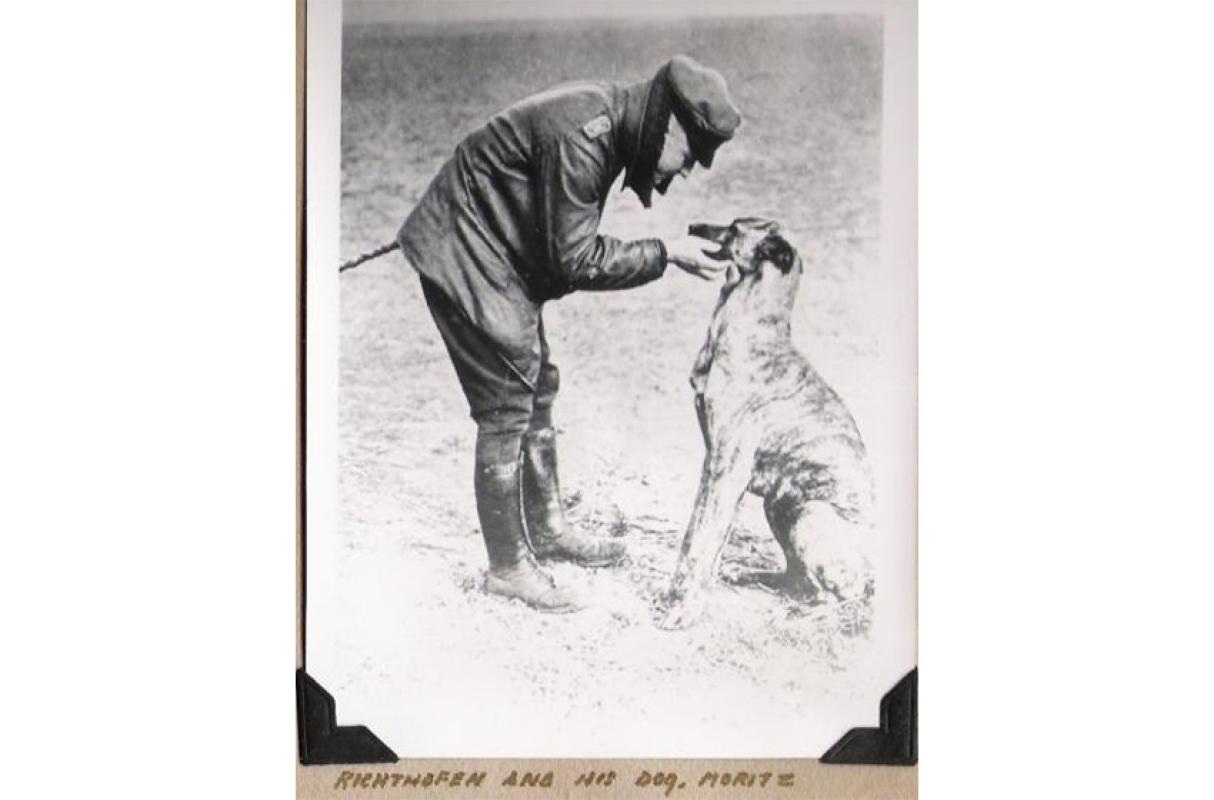 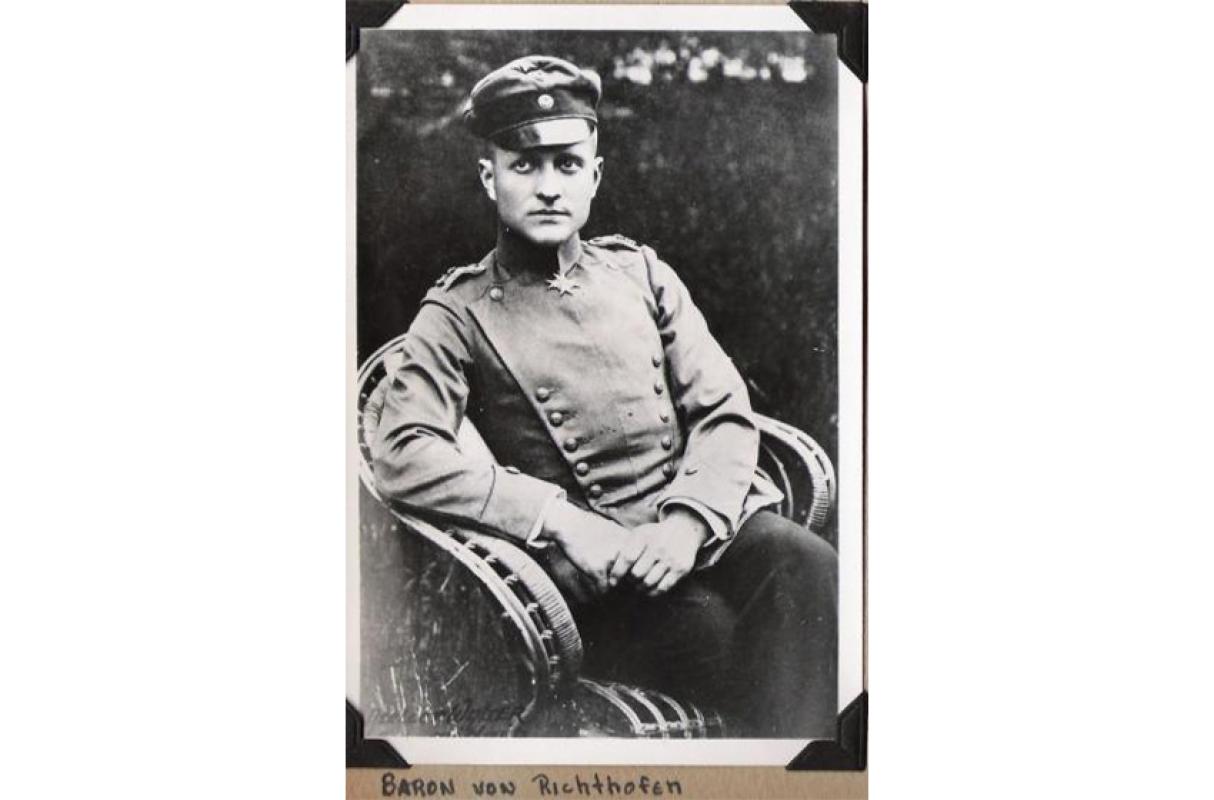 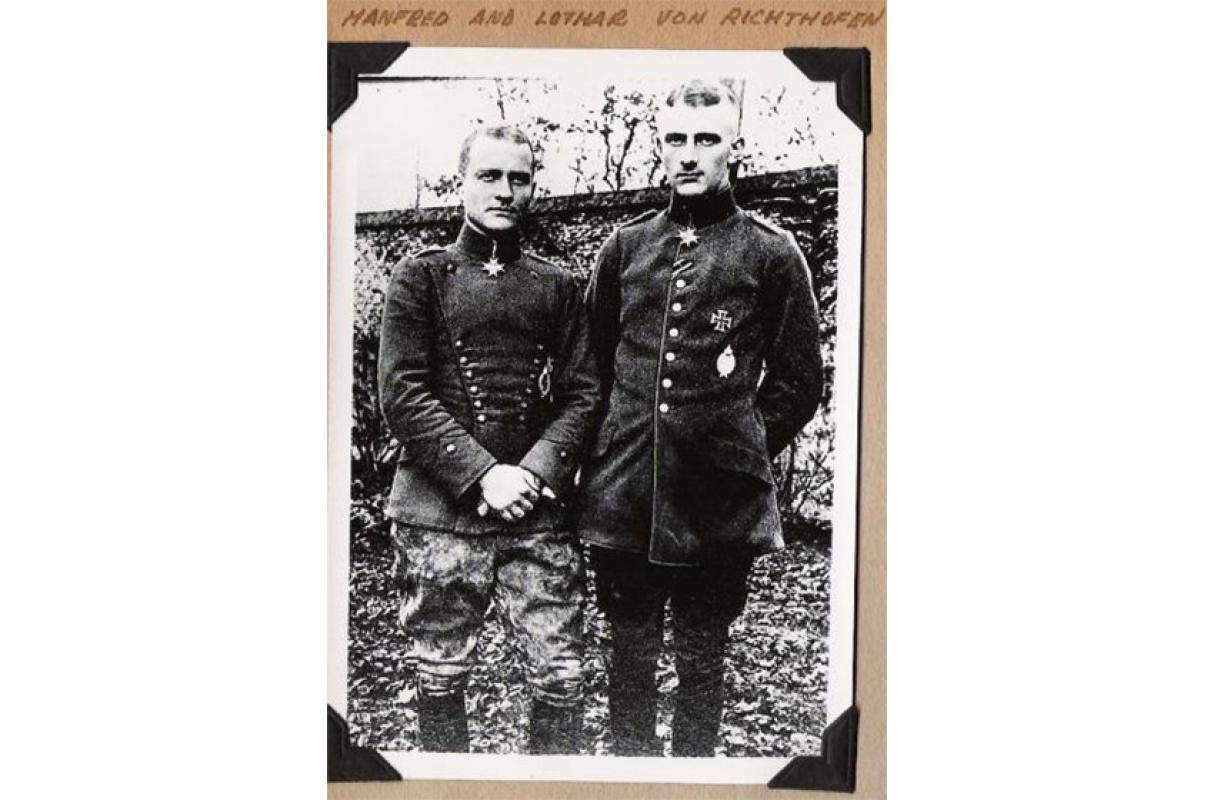 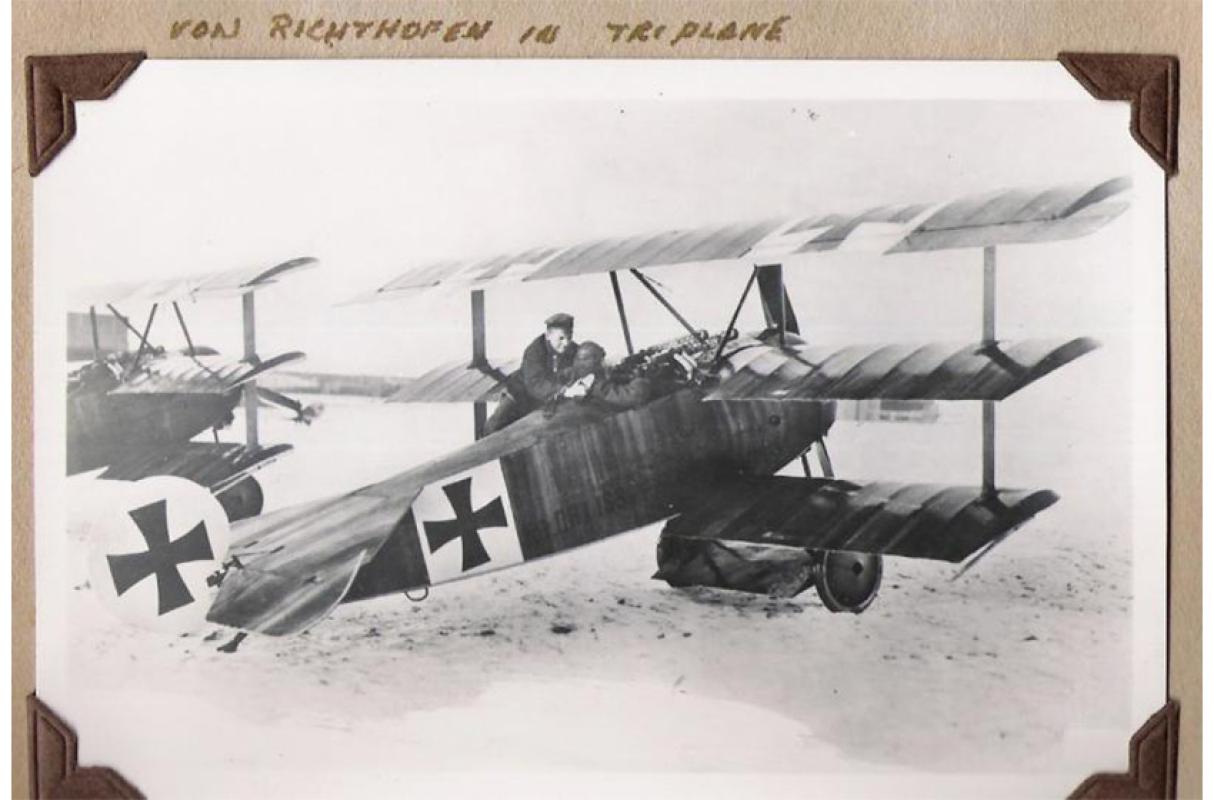 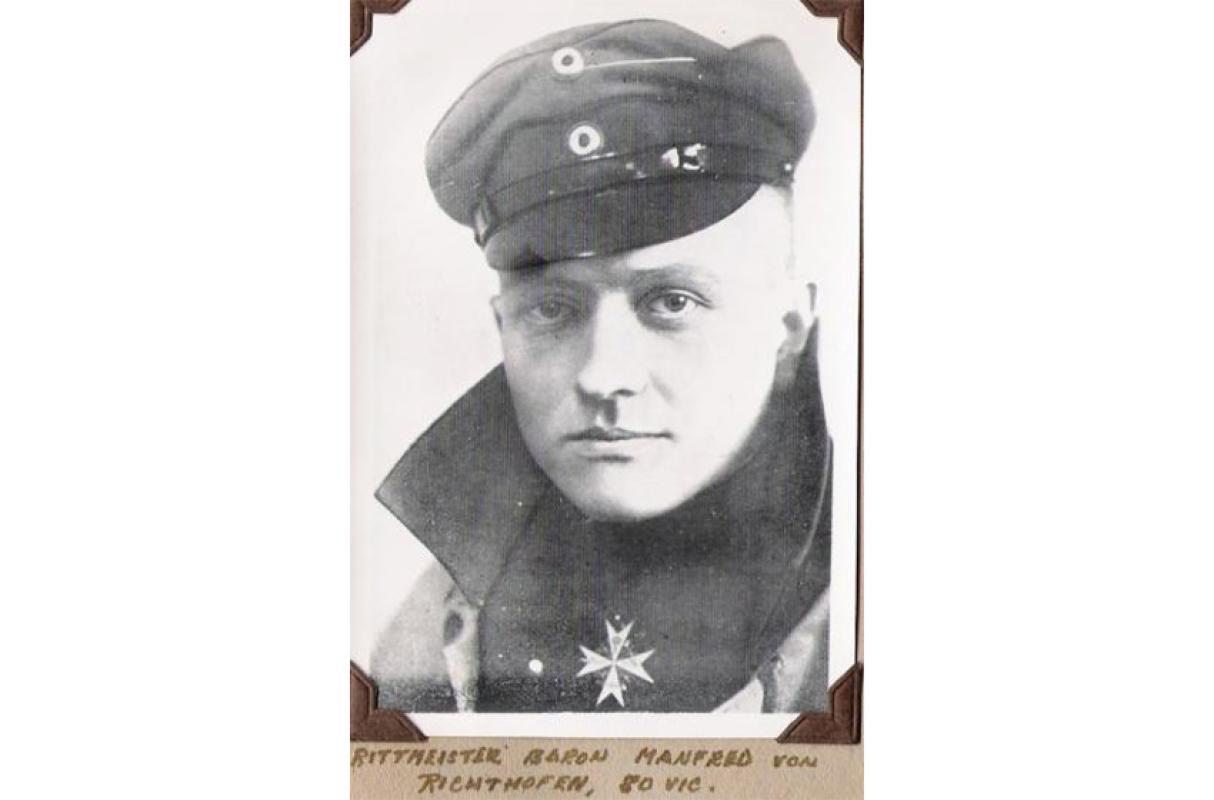 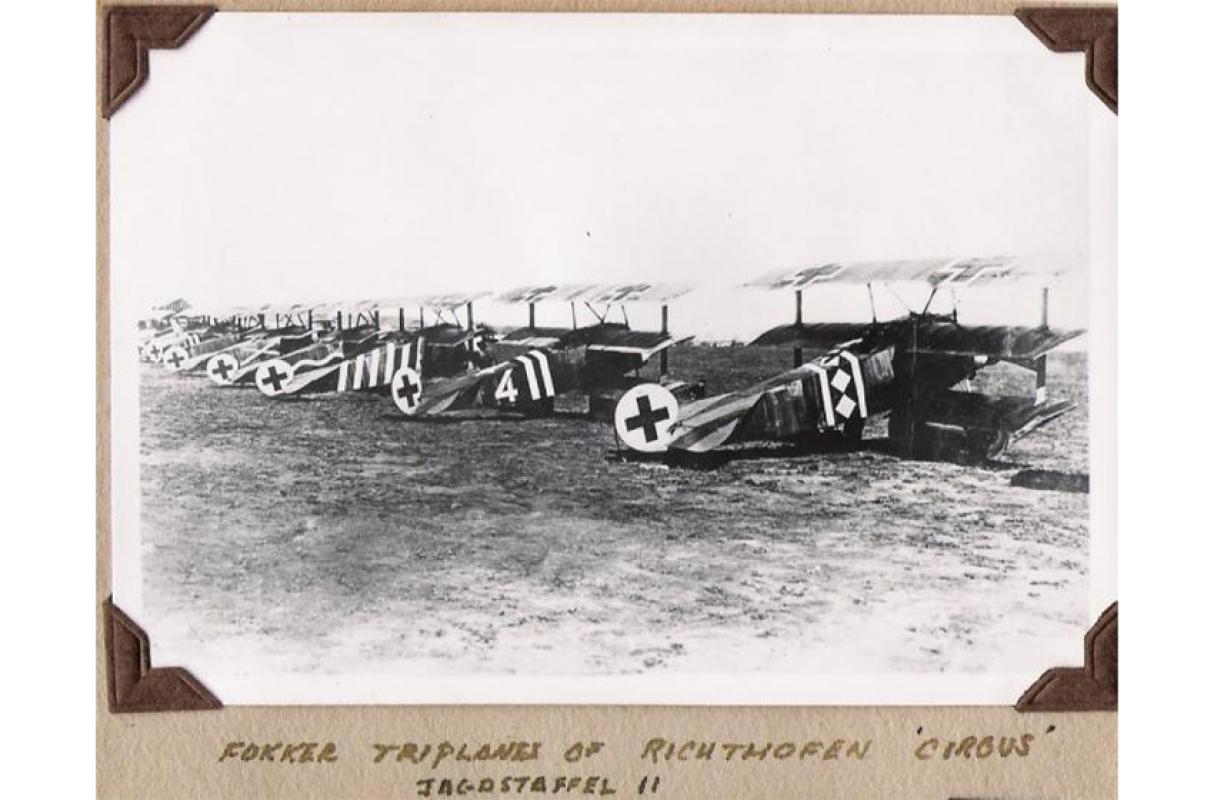 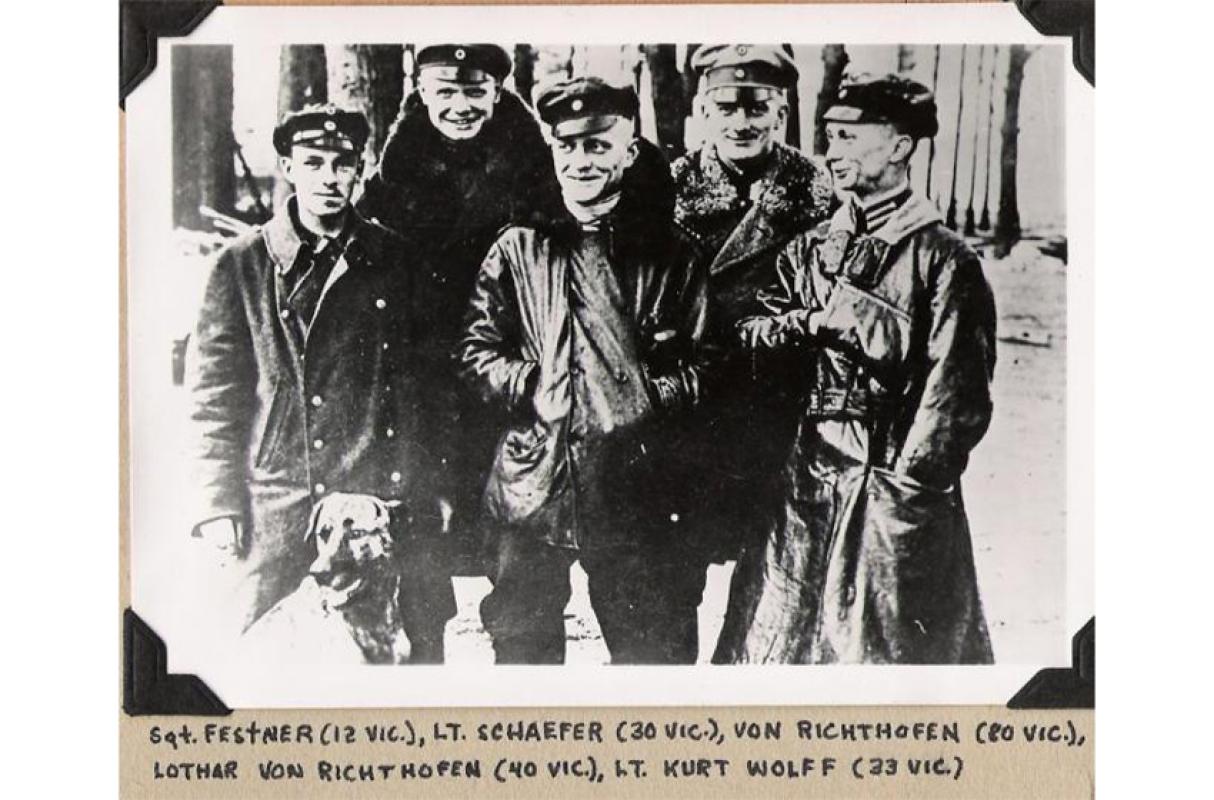 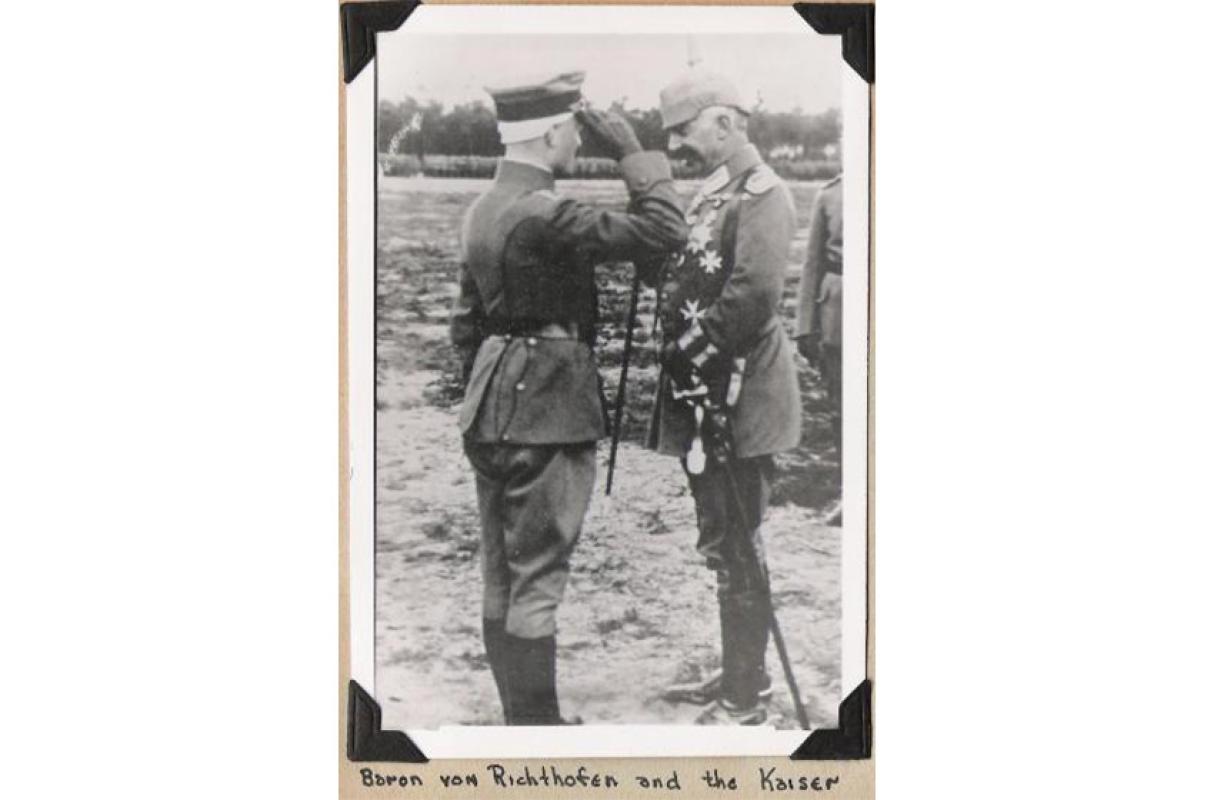 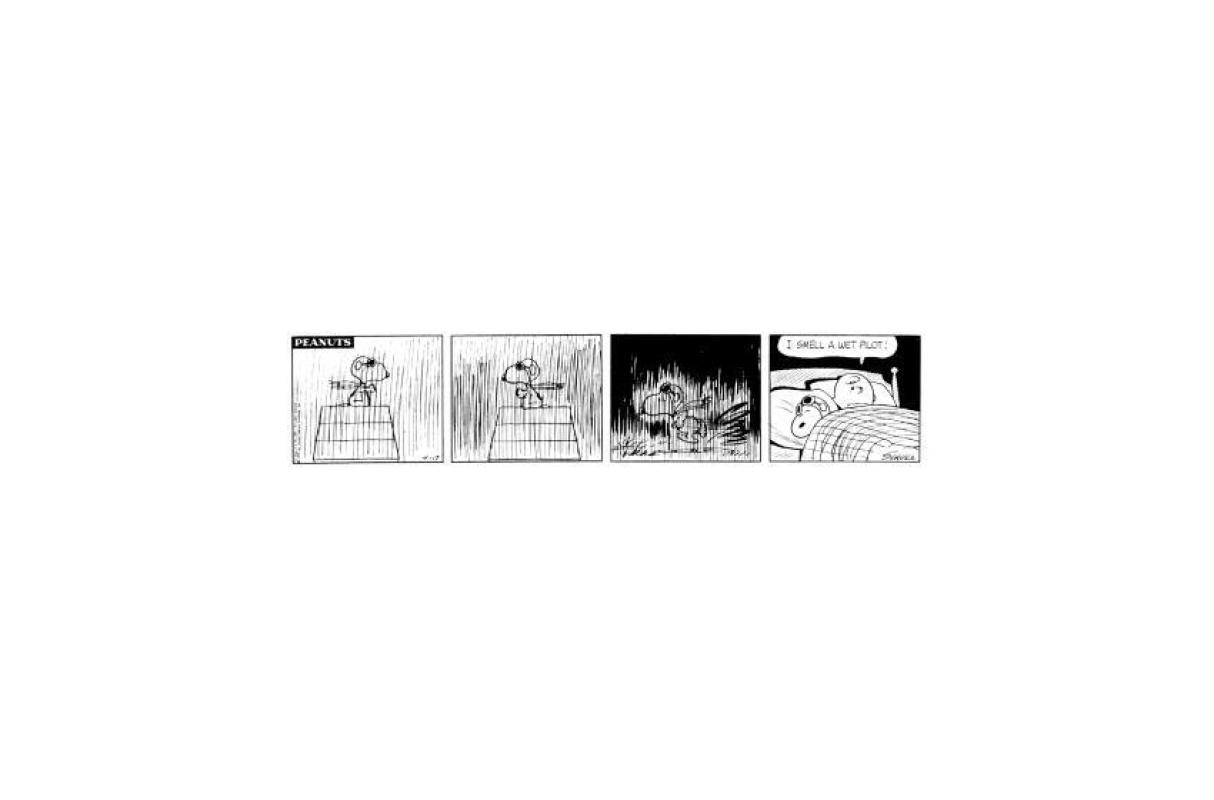