“The wrongs against which we now array ourselves are no common wrongs; they cut to the very roots of human life.”

With American Jewish battlefield and home front participation in World War I, Rabbi Stephen S. Wise spoke for many when he wrote in the New York Times that military service would “mark the burial, without the hope of resurrection, of hyphenism, and will token the birth of a united and indivisible country.”

“I’m in a barracks with 270,” wrote one Jewish draftee, “and so far I’ve found a half dozen men who could speak English without an accent.”

Service men and women were not segregated by religion or ethnicity except for African Americans. Hailed by Time magazine as “a deep dive into a strange, history-shaking year” and by the New York Times as “remarkably prescient” For Liberty: American Jewish Experience in WWI shares these incredible stories through remarkable objects.

A map tells the amounts pledged to the JDC for Jewish war sufferers, 1917. A poster shows a shipment of kosher meat being loaded onto the SS Ashburn in New York City, bound for Danzig, Poland, June 1919. There is a photograph of the Passover Seder for the American Expeditionary Forces, Paris, France, April 1919.

From Irving Berlin’s draft registration card to the handwritten draft of the Balfour Declaration, July 17, 1917, of Leon Simon’s, which was forwarded to Lord Balfour, this exhibition illustrates the promise, the trials and tribulations and the lasting effects of World War I on the American Jewish population.

Congressman Julius Kahn, from California, served as Chairman of the House Military Affairs Committee, U.S. Congress. He wrote: “I desire to congratulate my co-religionists on the splendid showing they are making in the matter of serving our country in this war.” 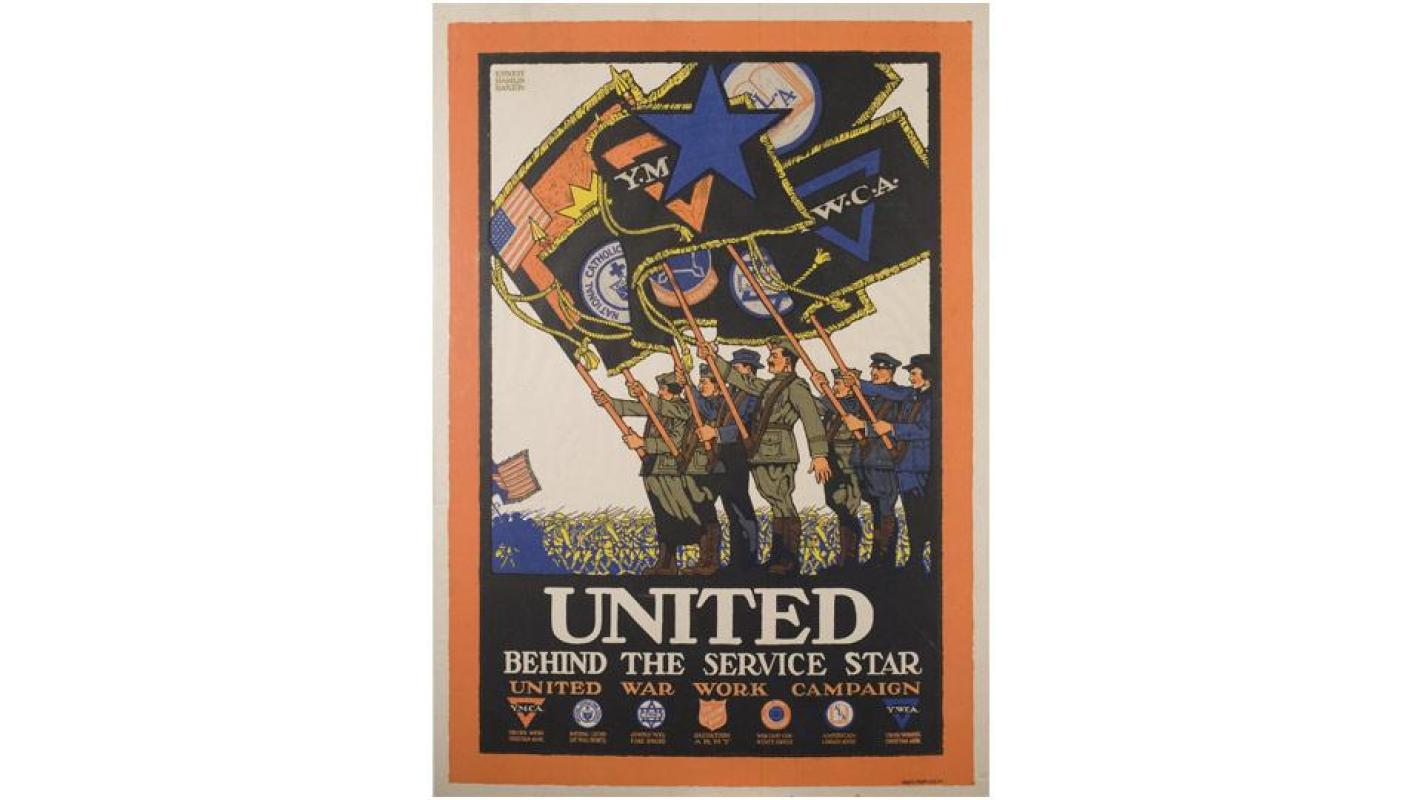 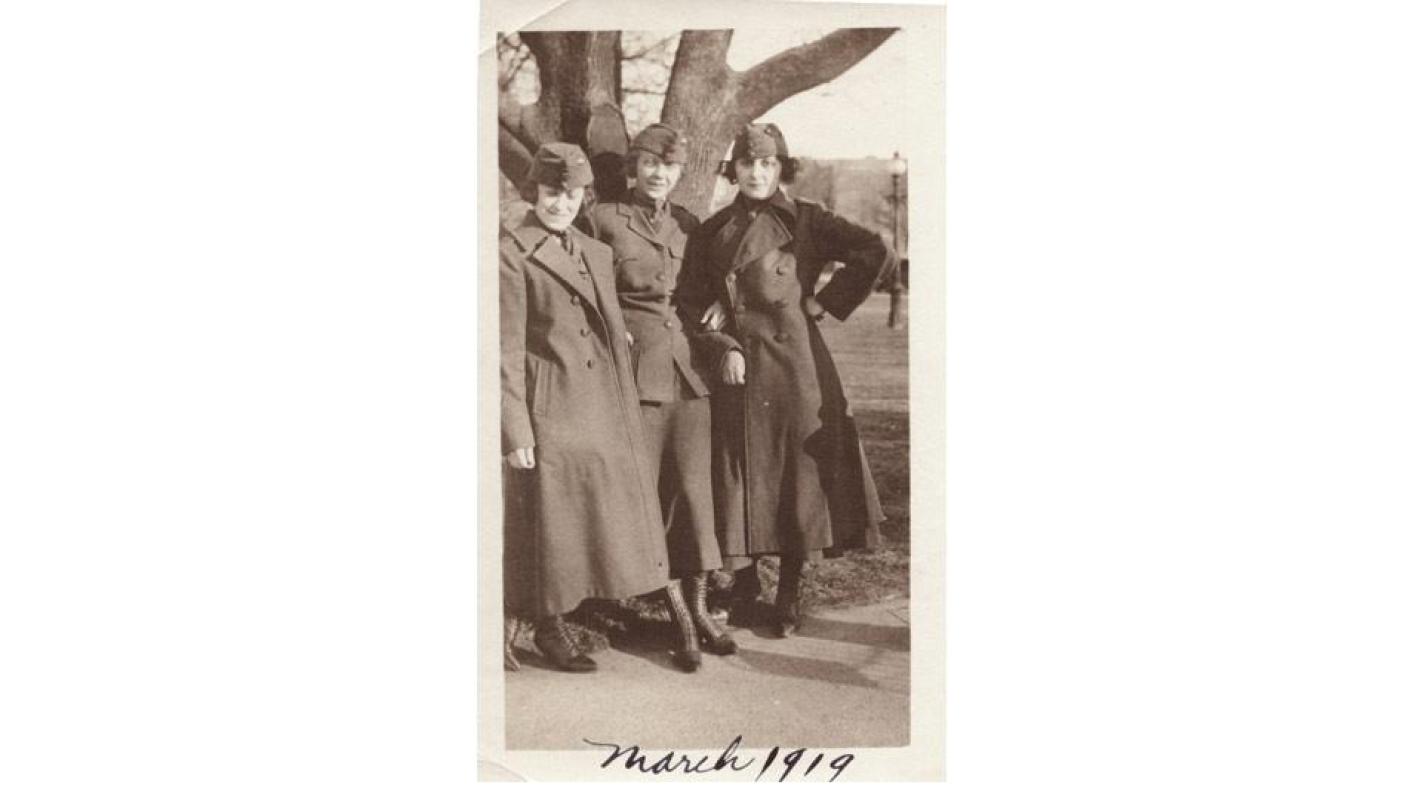 Eva Davidson (right) with her fellow Marines. Davidson, an American Jew, was one of the first 300 women to enlist. | National Museum of American Jewish History, 1992.126.19 Gift of Judge Murray C. Goldman in memory of his cousin Eva Davidson Radbill 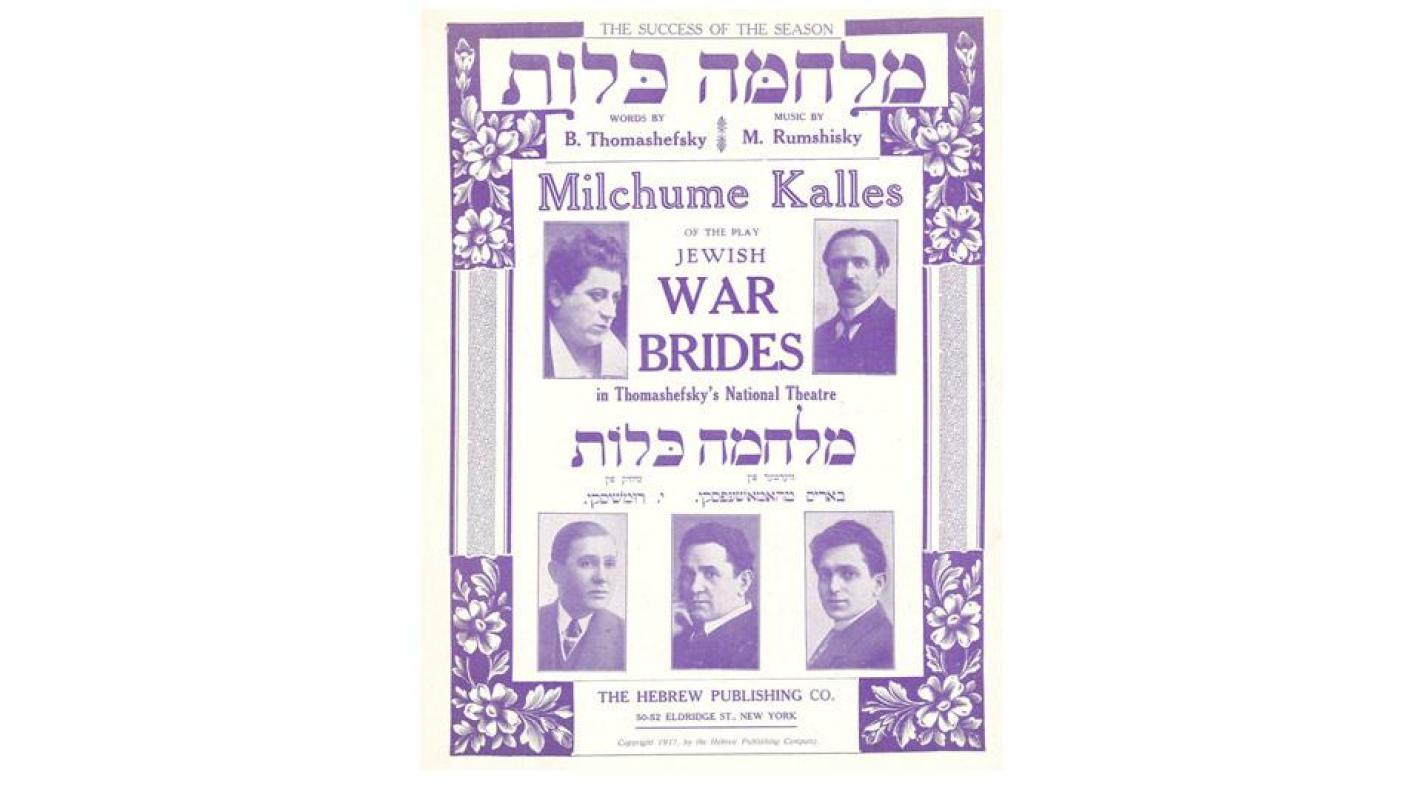 Postcard from Golda Meir about the American Jewish Congress in Philadelphia, 1918. | National Museum of American Jewish History 2011.168.1, Dedicated in honor of Lyn Ross by Constance Williams 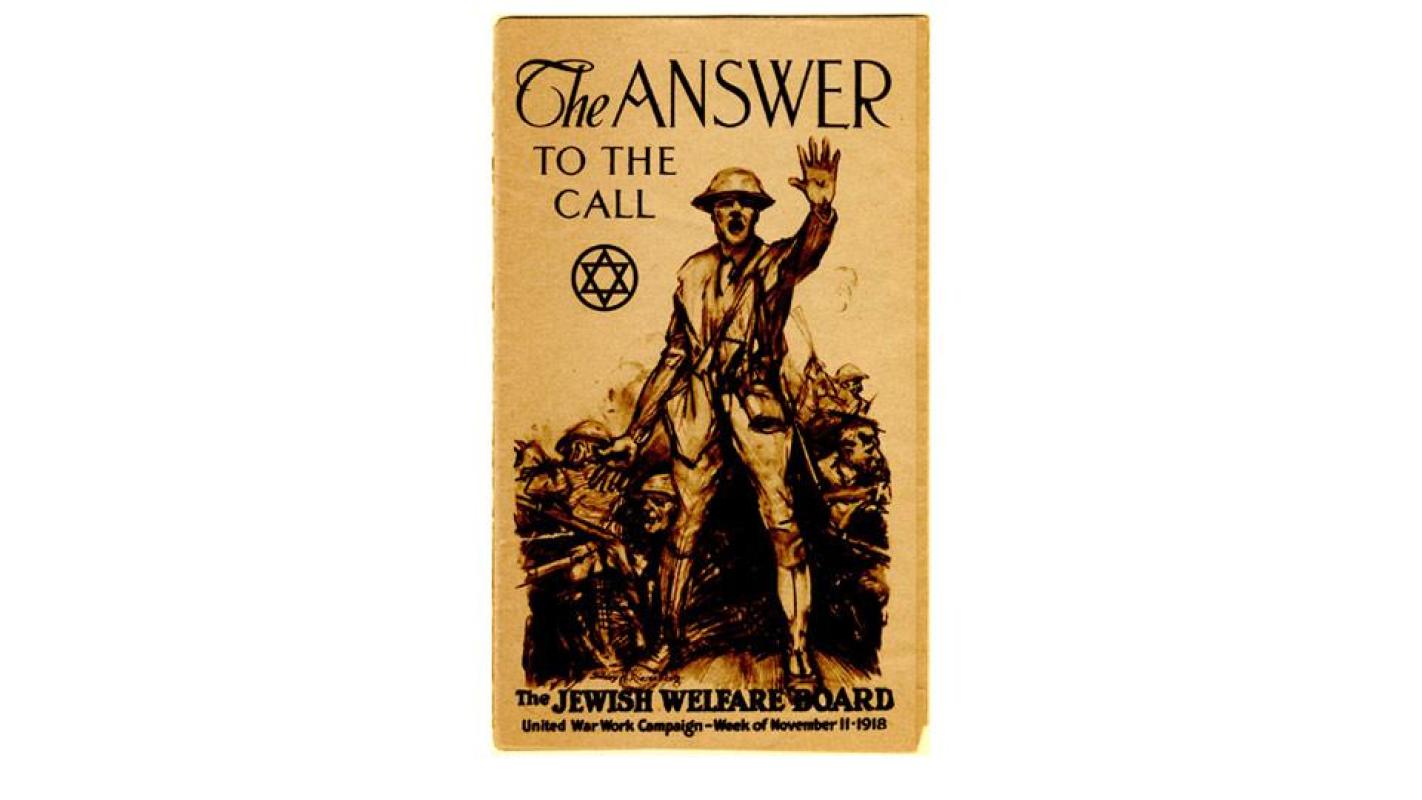 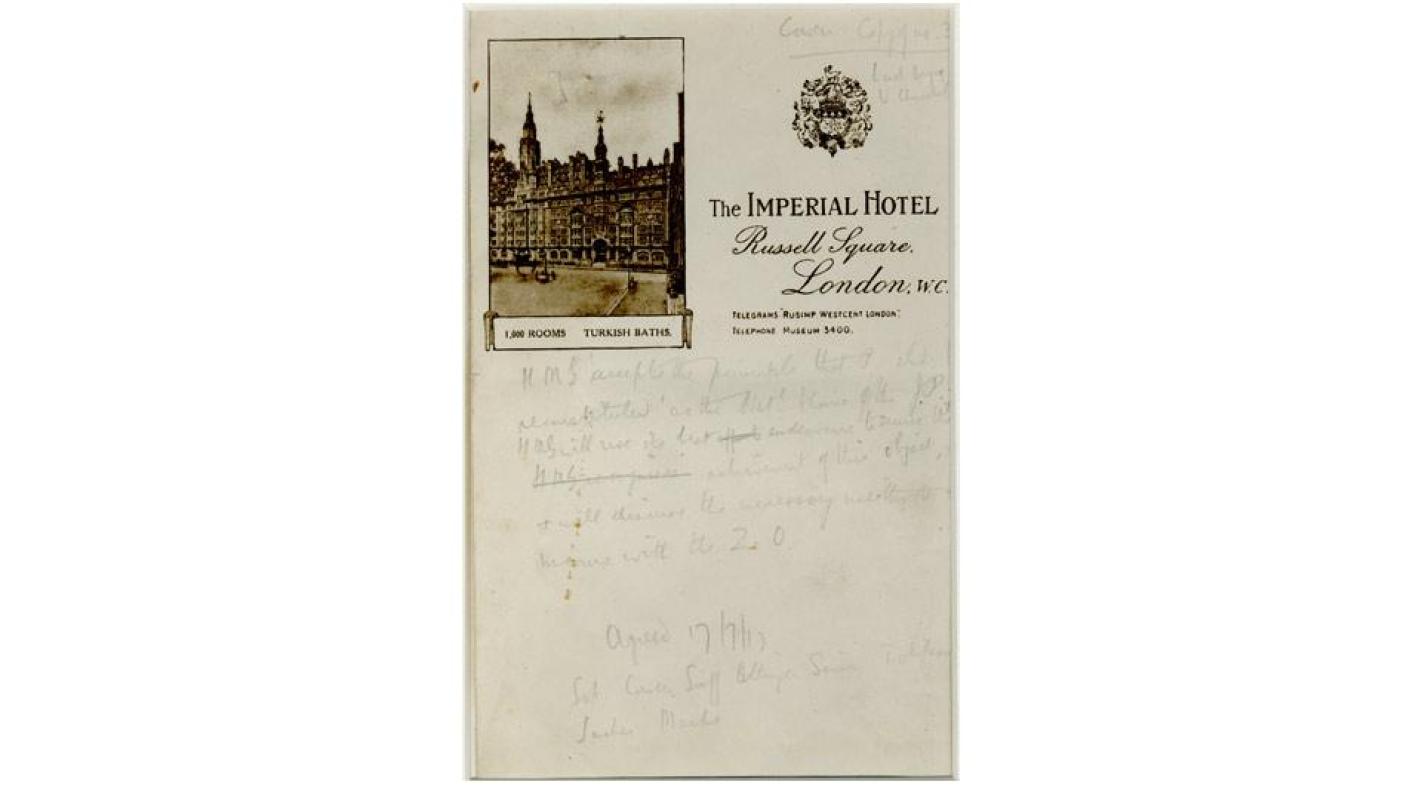