Etched in Memory features color etchings by British artist James Alphege Brewer (1881-1946) presenting scenes from Belgium and Northern France—cathedrals, churches and town buildings threatened or damaged during the battles of World War I. In both the United States and Great Britain, these etchings were proudly hung on parlor walls in solidarity with the Allied cause and as a remembrance of the devastating cultural losses inflicted by the onslaught of war.

Born on July 24, 1881, Brewer was the son of Henry W. Brewer, artist and prominent convert to the Catholic Church, and the grandson of John Sherren Brewer, Jr., the editor of the Calendar of Letters of Henry VIII. He attended St. Charles Catholic College in Kensington before studying at the Westminster School of Art.

Brewer's etchings began to appear shortly after he married into the artistic Lucas family in 1910. Like many artists whose work supported family members, Brewer paid close attention to identifying subjects that would sell. This explains the many Continental cathedral exteriors and interiors—Milan, Rouen, Amiens, Toledo, Antwerp—as well as multiple views of various colleges at Oxford and Cambridge and other scenes of interest to tourists and readers of literature, including a large, atmospheric “Where Shakespeare Sleeps,” a view of Stratford-on-Avon signed by both James and his brother Henry.

Brewer’s most prolific year was 1915, when Alfred Bell & Co. published 13 of his etchings, 11 of them scenes of places that had been destroyed or were in danger from the events of the war. These views could have been sketched or photographed before the war using guidance from newspaper articles speculating about the course of a German invasion of Belgium. As a group, Brewer’s early war etchings argue for his inclusion in surveys of important and influential political art.

This exhibition is on loan from and curated by Benjamin S. Dunham. For more information on the works of James Alphege Brewer, please visit jalphegebrewer.info. Support for the exhibition was provided by the Francis Family Foundation. 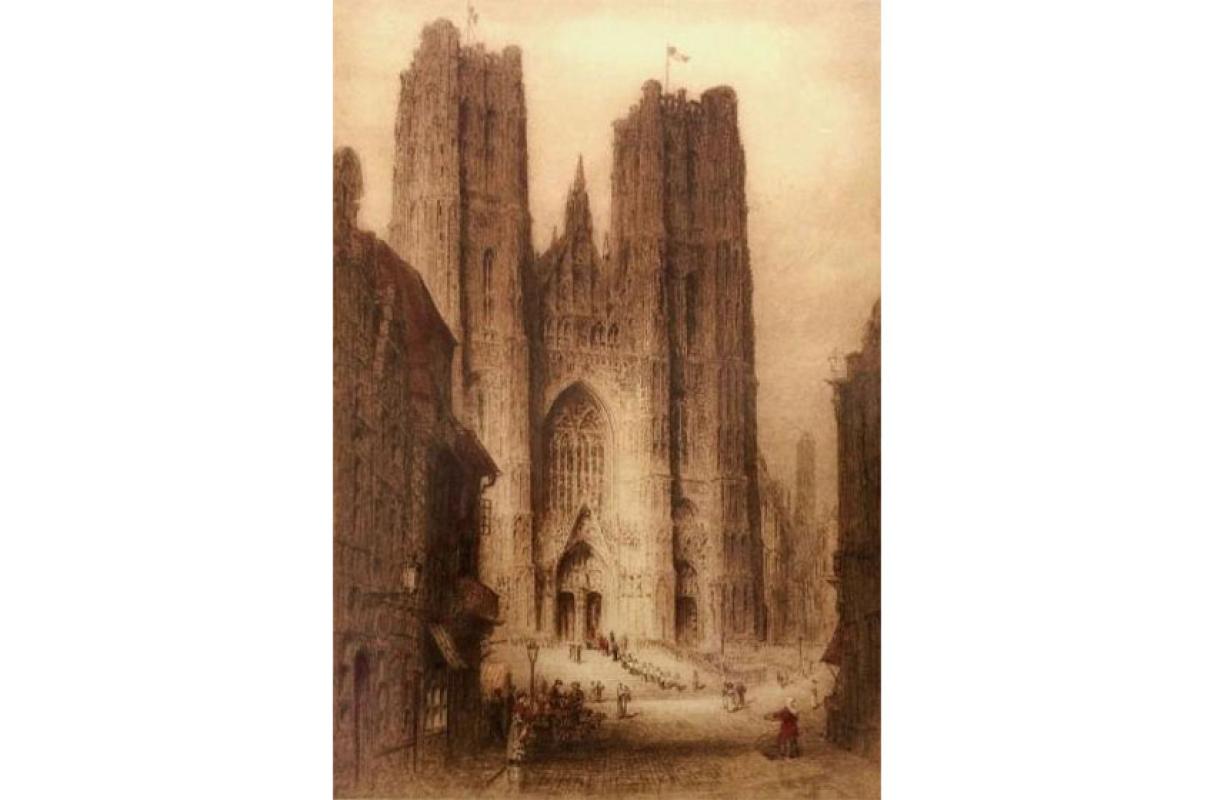 Published in January 1914, this etching of St. Gudule Cathedral in Brussels, Belgium stands out as an artistic premonition that foreign troops would soon march in the streets of Brussels, which occurred when Germany invaded Belgium in 1914. 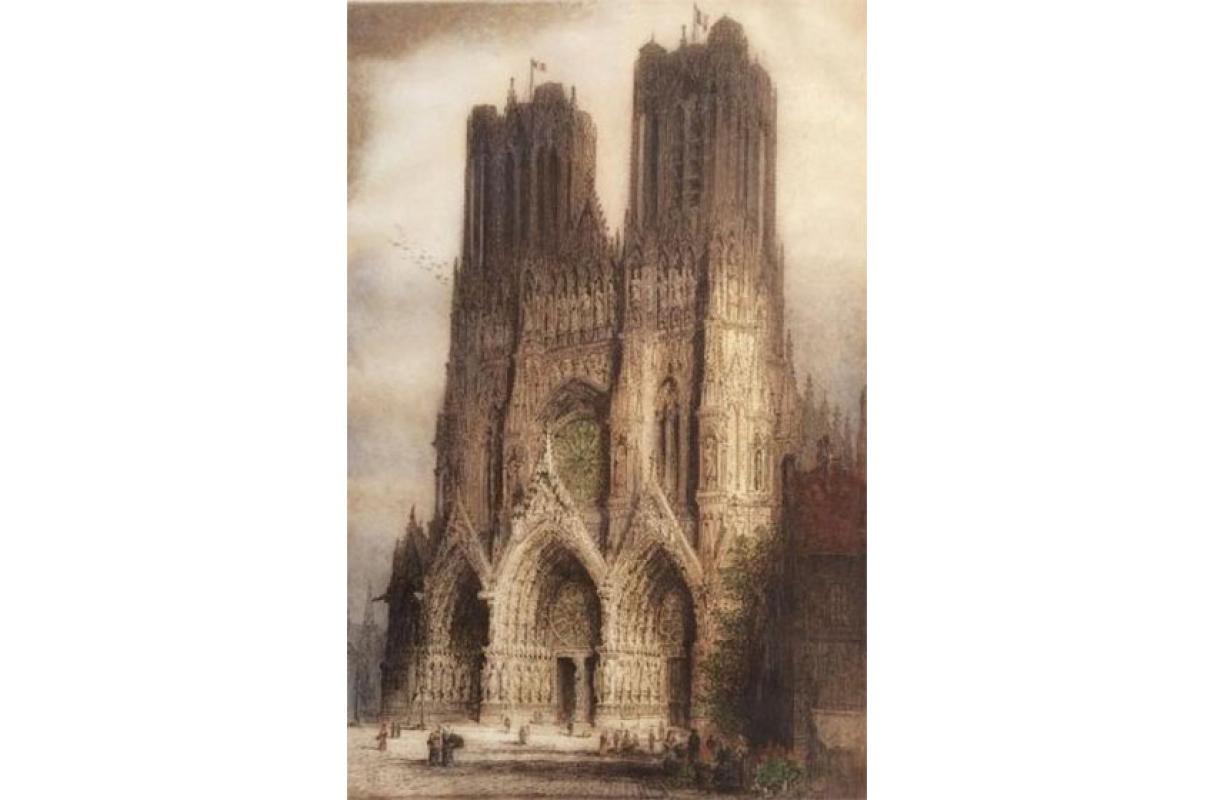 At the beginning of the war, Brewer completed his first etchings of the Cathedral of Notre-Dame in Rheims, the iconic site of the coronation of Charles VII in 1429 after Joan of Arc’s victories over the English. 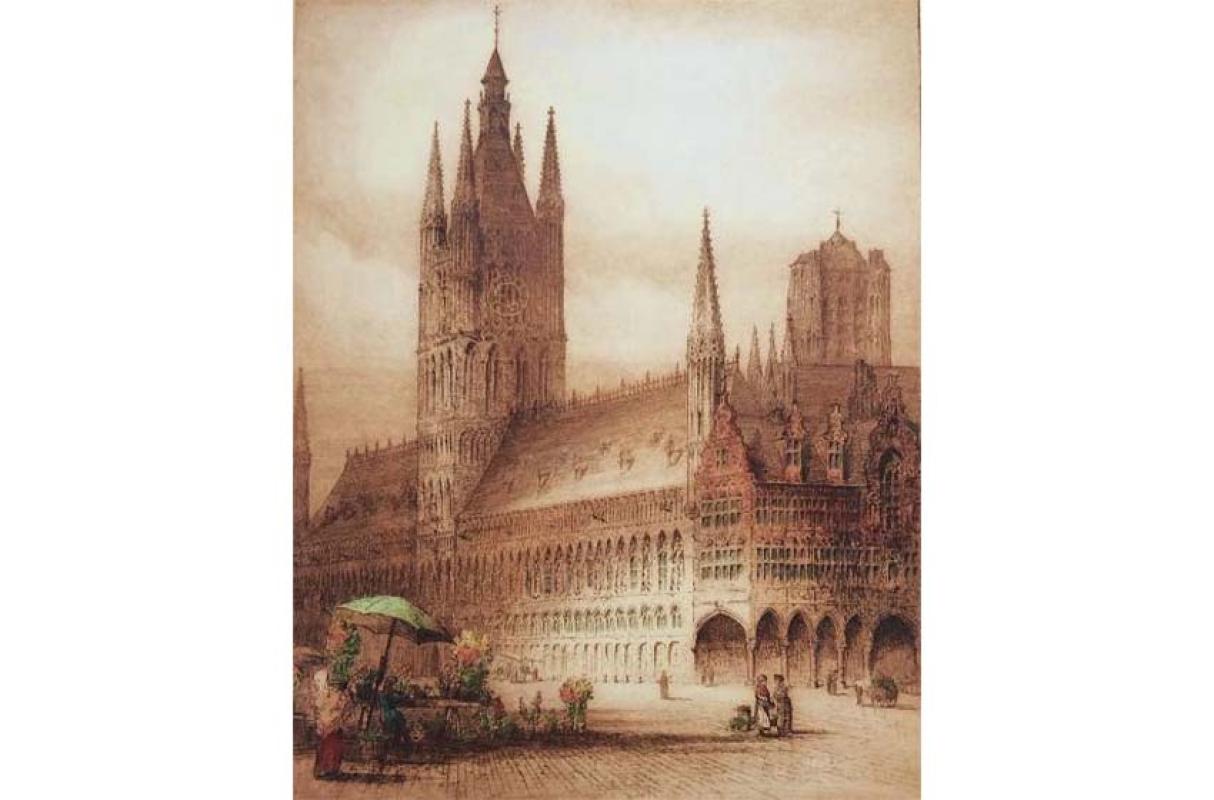 This etching depicting Cloth Hall in Ypres was reproduced in the December 1915 issue of The Outlook. The building was heavily damaged during WWI before eventual restoration. 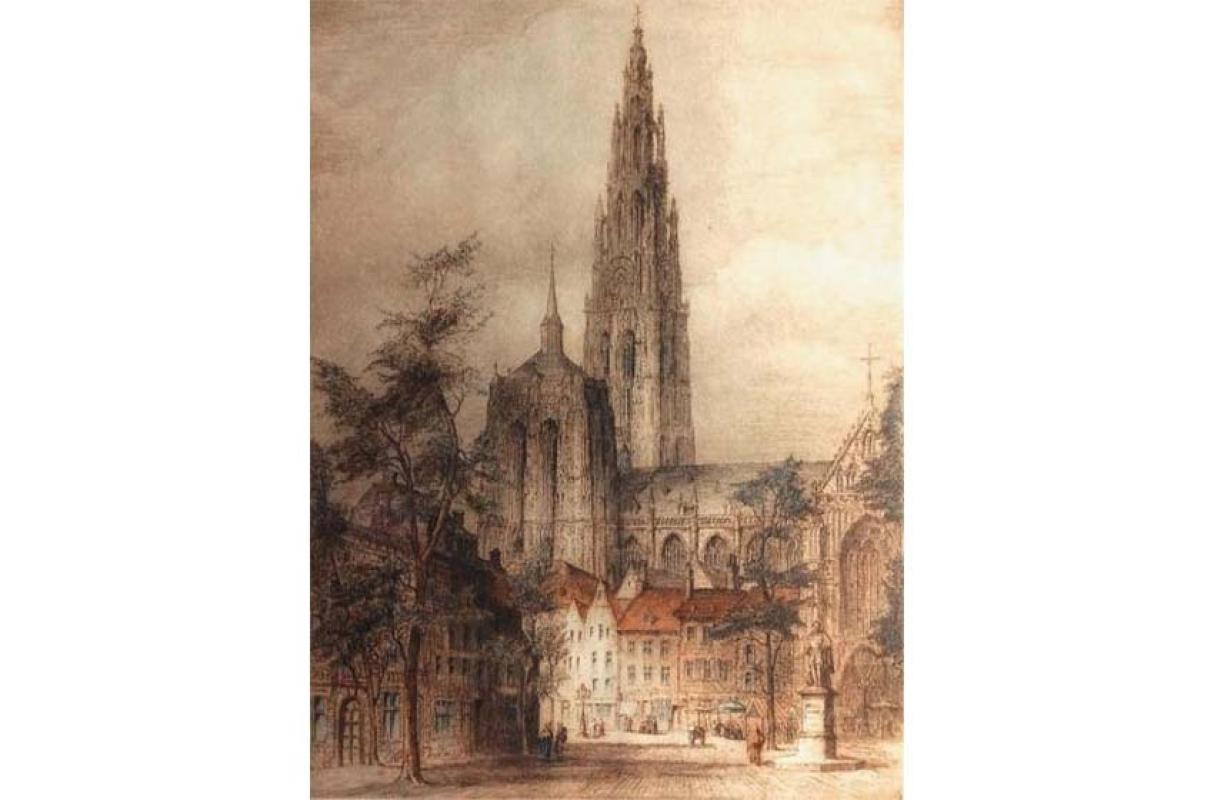 Published in 1917, this etching offers a view of the Antwerp cathedral. The city was attacked in the early months of the war, first with bombs dropped from a Zeppelin airship and then with artillery fire during the Siege of Antwerp. 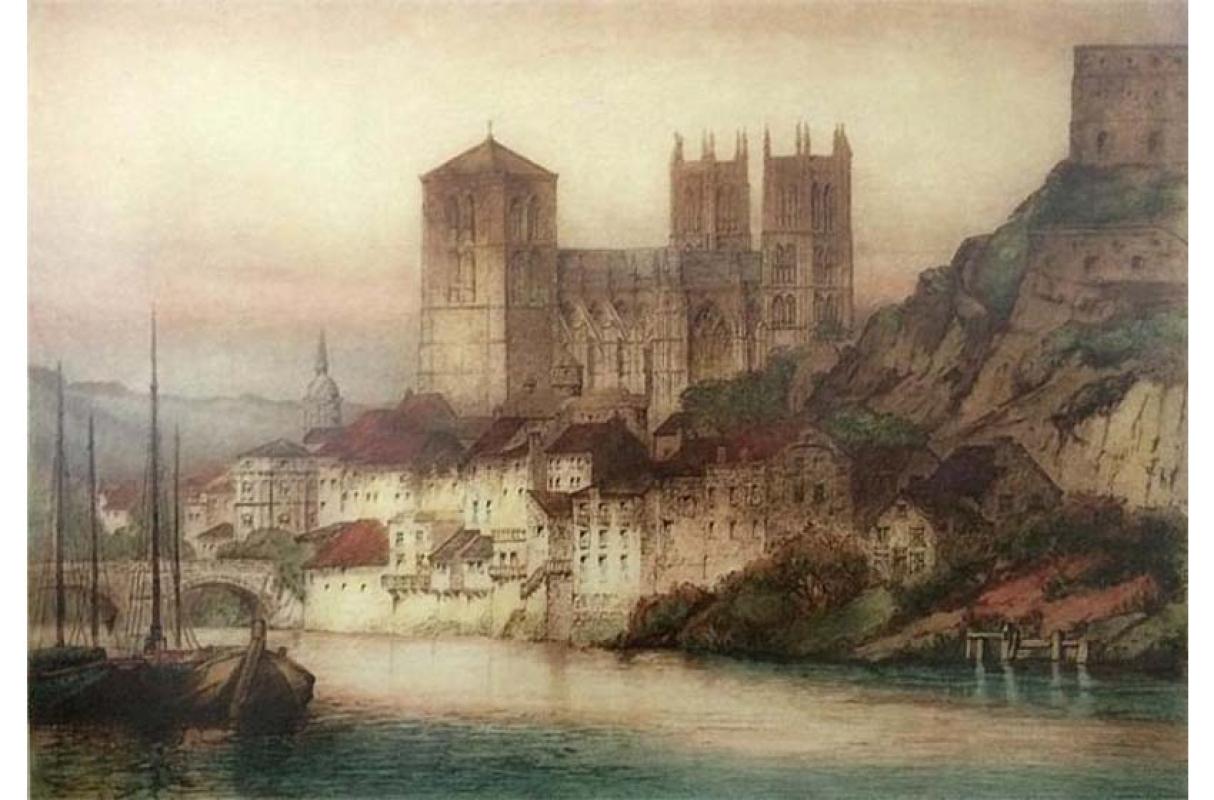 This etching features a view of the Belgian city of Huy from the Meuse River published in January 1916. After the bridge over the Meuse was destroyed by the retreating Belgian Army, Huy was attacked by the 2nd German Army on its way to Namur.