Diggers and Doughboys: The Art of Allies 100 Years On

“You’ll do me Yank, but you chaps are a bit rough,” an Australian soldier remarked to the U. S. 33rd Division soldiers after the July 4, 1918 offensive on German positions at Hamel, France.

On a more formal note, Lieutenant General Sir John Monash, Commander Australian Corps, wrote on July 5, 1918, to General Bell, commander of the 33rd Division, elements of which took part in the battle:

“I desire to take the opportunity of tendering to you as the immediate commander, my earnest thanks for the assistance and services of the Four Companies of Infantry who participated in yesterday’s brilliant operations. The dash, gallantry and efficiency of these American troops left nothing to be desired and my Australian soldiers speak in the highest terms in praise of them. That soldiers of the United States and Australia should have thus been associated for the first time in such close co-operation on the battlefield, is an historic event of such significance that it will live forever in the annals of our respective Nations.”

The Diggers and Doughboys became fast comrades not only because their campaign hats and swagger were similar, but also from their shared democratic outlook on military rules, regulations and officers.

From the 93 minutes that the Battle of Hamel took to today, Australian and American forces have shared an alliance forged from steel. That alliance proved steadfast in World War II when they again fought side by side which turned the tide of the war in the Pacific. Almost one million American men and women service personnel trained and passed through Australia during the war.

A pamphlet given to Americans going to fight alongside their Australian counterparts in 1942 related that “the Aussies don't fight out of a textbook. They're resourceful, inventive soldiers, with plenty of initiative.”

The Diggers and Doughboys would support each other through every world conflict after 1945 from Korea, Vietnam, Iraq and Afghanistan. The military alliance endures today in Syria and Iraq combating the threat of terrorism and as peacekeepers world-wide. The strong bond between the two countries’ military was formalized with the ANZUS Treaty in 1951, a cornerstone of American and Australian national security.

Diggers and Doughboys: The Art of Allies 100 Years On features incredible artwork from the Australian War Memorial Collection illustrating this unique comradeship between the two countries.

What's in a name?

Doughboys: Laurence Stallings, Doughboy turned historian, wrote in 1963 that there can be little dispute as to the derivation of the name. “In Texas, U.S. infantry along the Rio Grande were powdered white with the dust of the adobe soil and hence were called adobes by the mounted troops. It was a short step to dobies then by metathesis the word was doughboy.” The term Doughboy seems to have been applied to all infantrymen, even the unit segregated African American troops.

Diggers: The word Digger has been around since the early days of the gold rush in Australia and anecdotally there is evidence that some Colonial Australians were given the nickname Digger because of their mining endeavors. Private Tudor Roberts wrote in September 1917 from France that: “the name Digger came from the (British) Tommies who think we Australians are all miners or cowboys.” Charles Bean, the Australian Official War Historian writing of the mid 1917 period, said: “It was at this stage that Australian soldiers came to be known, together with the New Zealanders, as the Diggers…the term had been occasionally heard before.” 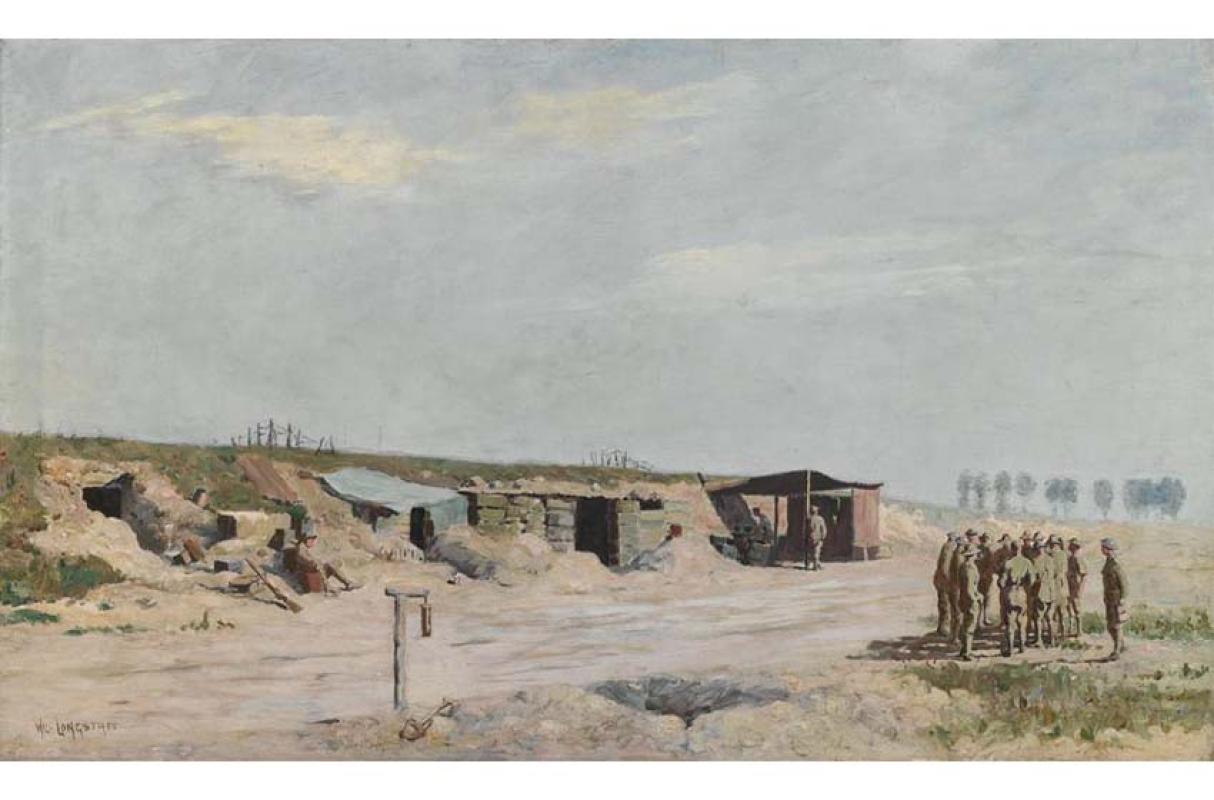 "Dugouts near Villers Bretonneux" by Will Longstaff 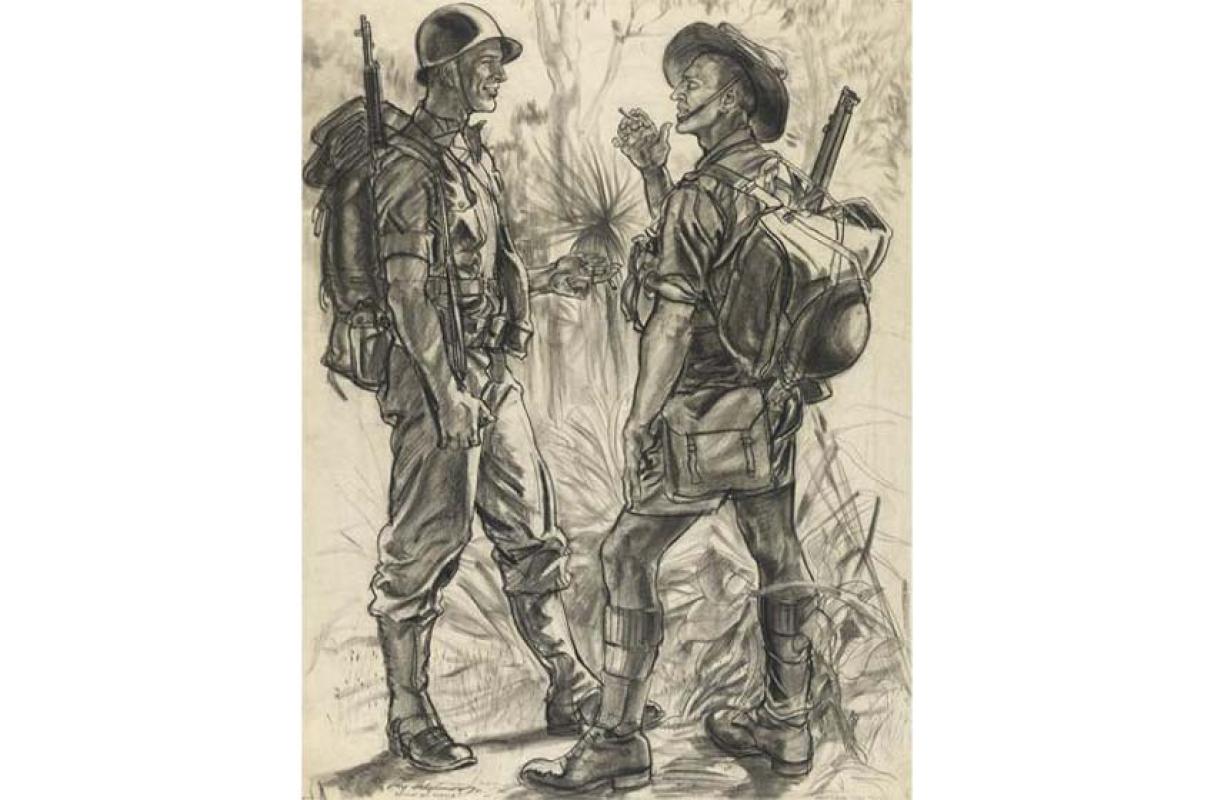 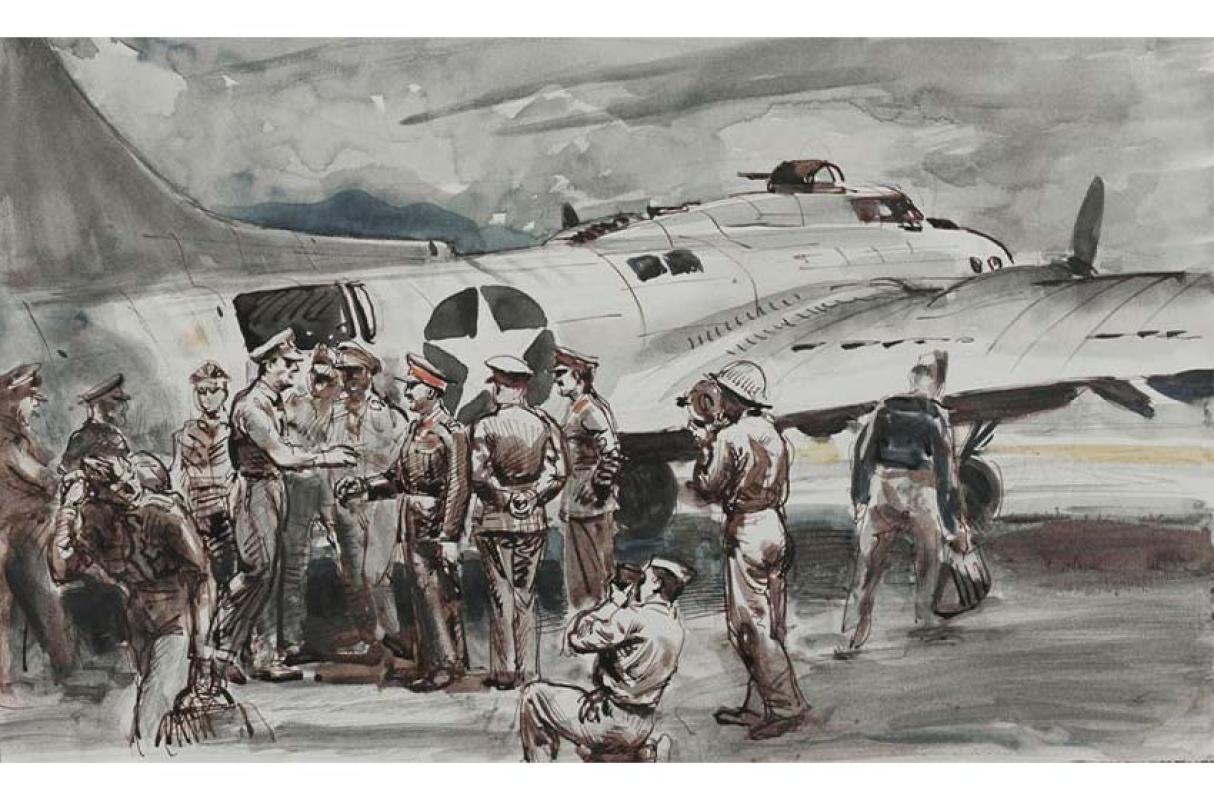 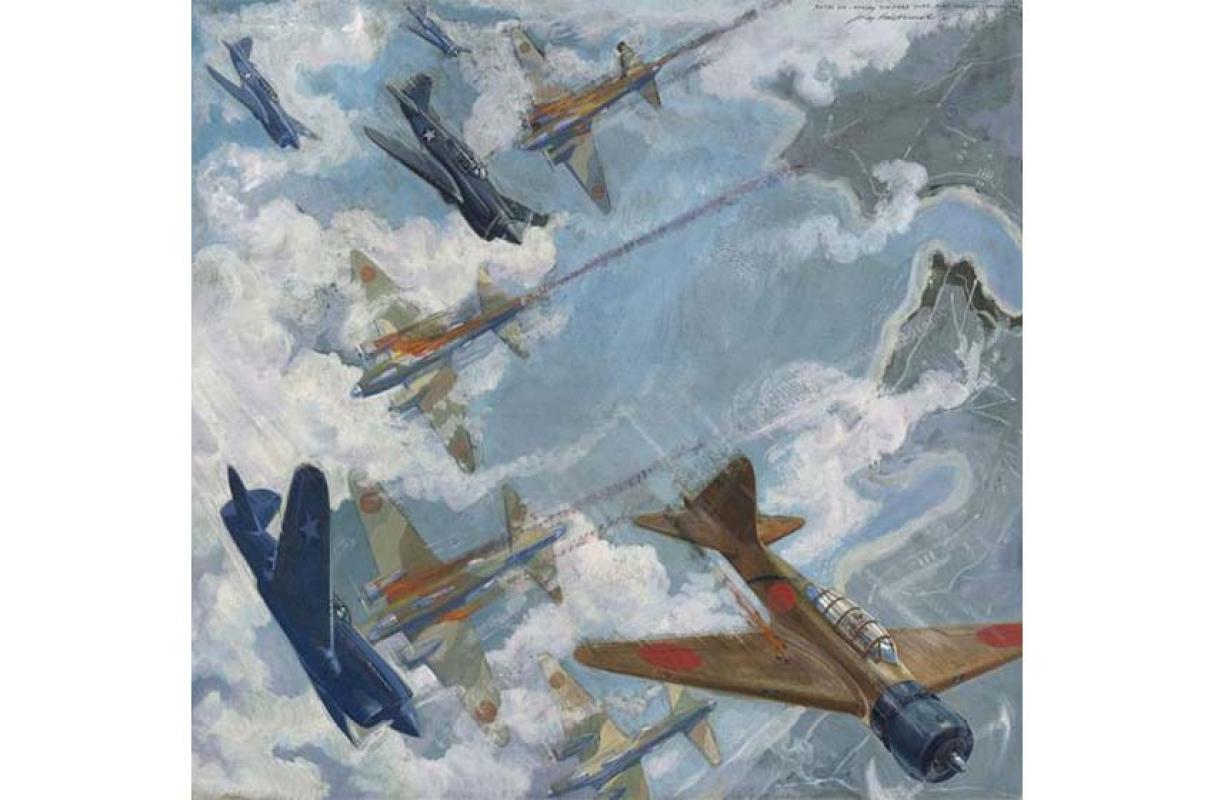