“During The Big Brawl: Humorous Imaginings” (“La Grande Bagarre: Fantaisies Humoristiques”) is a collection of political cartoons created by Gustave A. Wendt between 1915 and 1916. The illustrations are done in pencil, watercolor, India ink, gouache and some colored inks.

These imaginative and colorful images depict the politics and nature of war in comical cartoon form, but their fanciful nature does not lessen their seriousness. The themes of the subjects depicted range from the German Kaiser’s son “Willie” dressed as a clown dancing across Europe, to a skeleton cavalryman, riding a horse newly reclaimed from its grave, holding a lance with the Kaiser’s head tied to it. Humans, animals, puppets, and ghouls are used to communicate what war brings to humanity—from its absurdity to its brutality.

Humor is at the heart of these drawings, and Wendt’s artistic style provides a colorful palette for his imagination, but the humor contends with the realities of human behavior at its most irresponsible and short-sighted. 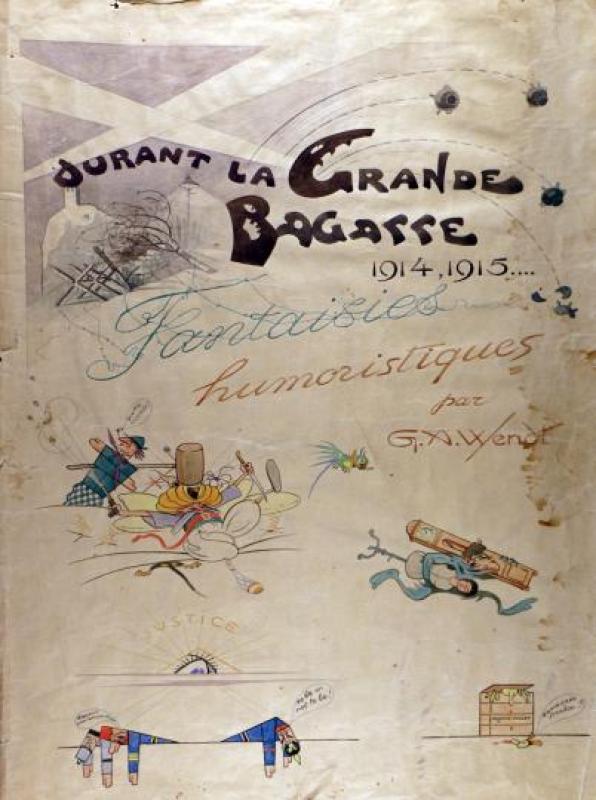 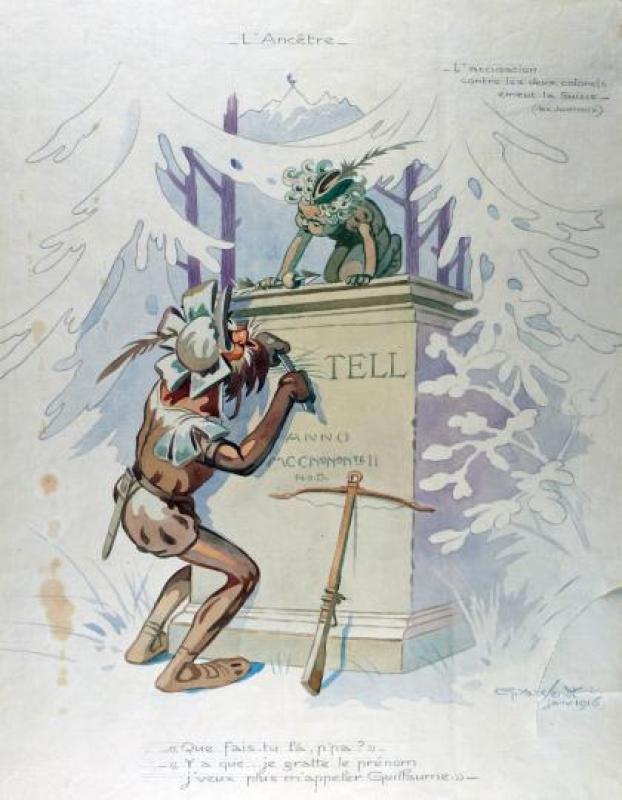 "The Ancestor" The Swiss national folk hero William Tell scrapes “Tell/Year 1292” off a monument. Sitting atop is Tell’s son, Walter, holding an arrow that has been shot through an apple (off the boy’s head!) 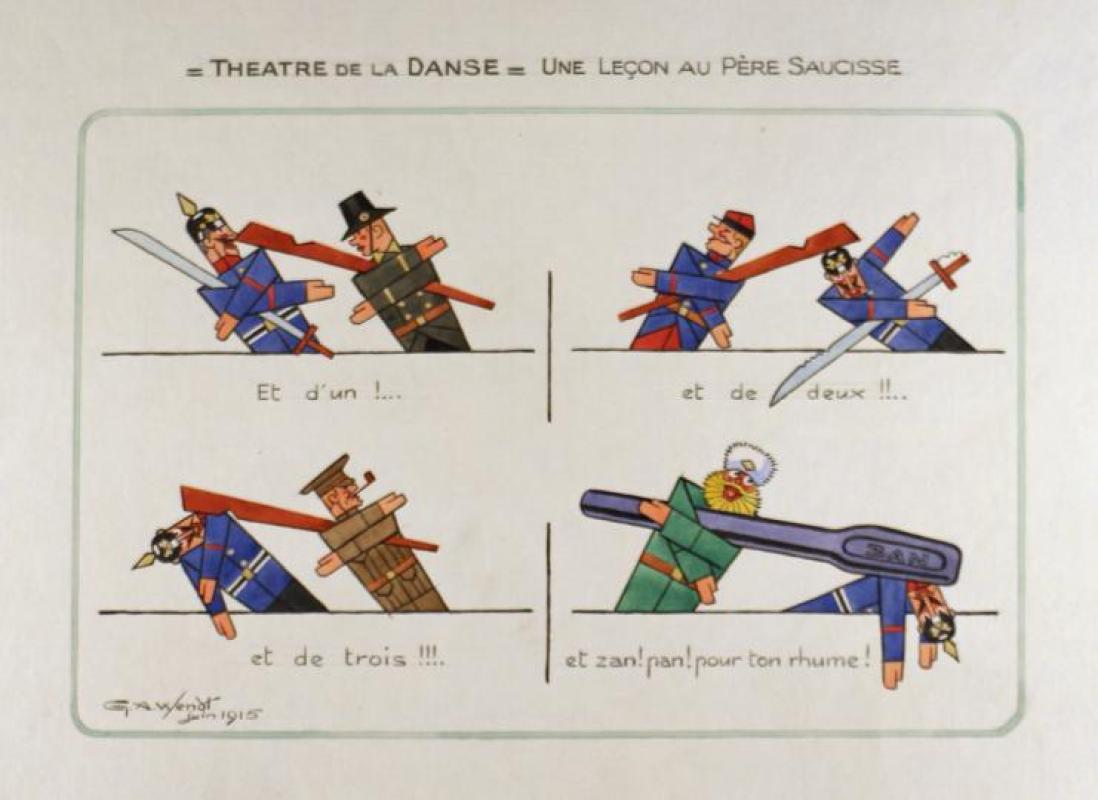 "Theater of the Dance: A Lesson to 'Father Sausage'" Upper left to bottom right: Belgian, French, British and finally Russian soldiers take turns beating the German emperor Wilhelm II, “And one! / And two!! / And three!!! / And smack! for your head cold!” 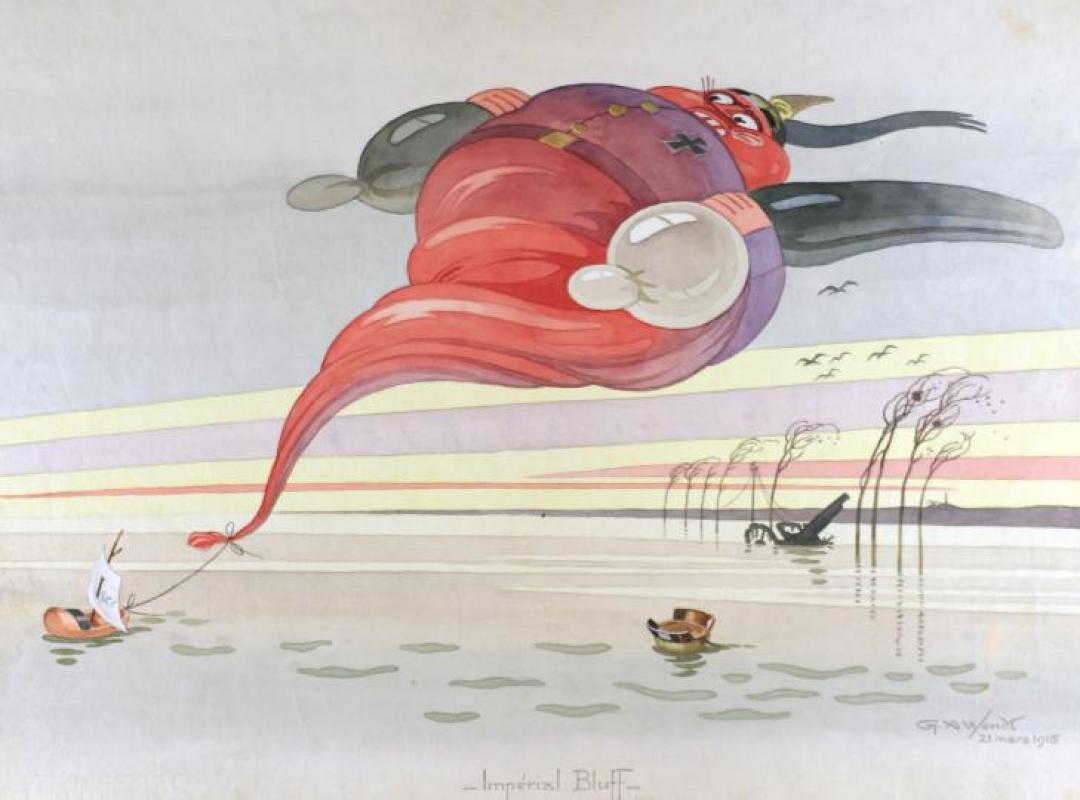 "Imperial Bluff" watercolor, a German officer hot air balloon being blown back while tied to a wooden-shoe sailboat, referencing “Iser”. A German helmet and howitzer are in the flooded background, the flotsam and jetsam of overreaching military might. 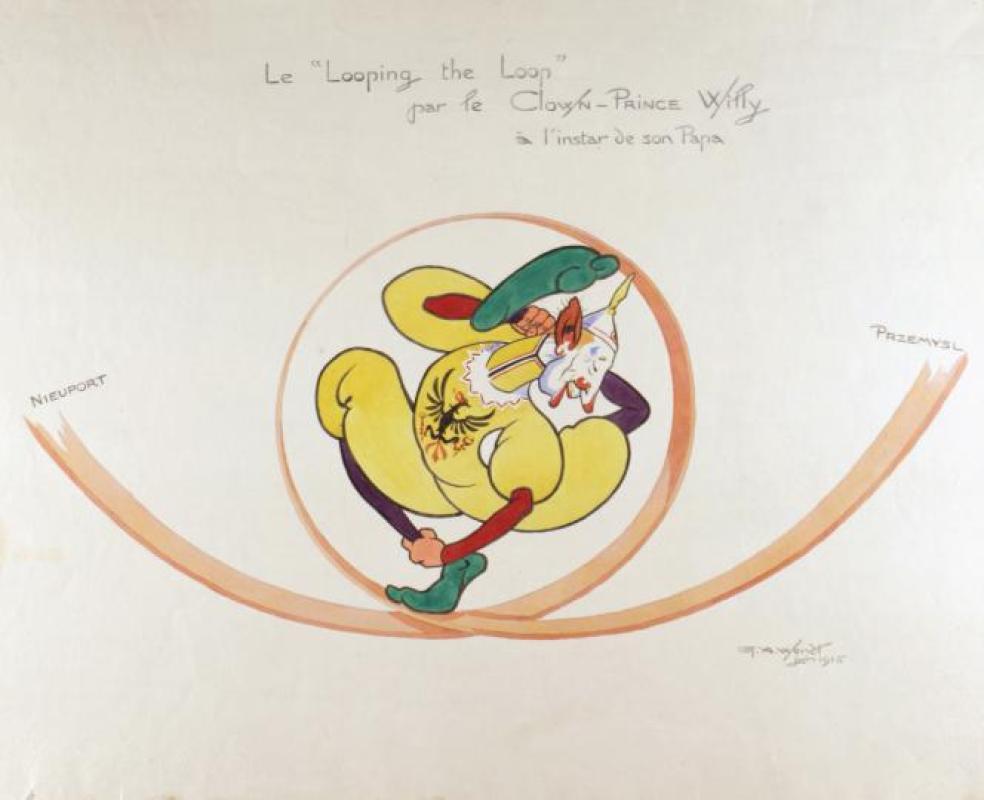 "The ‘loop-de-loop’ by the Clown Prince ‘Willy’ like his ‘Papa’" - German Imperial Crown Prince Wilhelm, son of Emperor Wilhelm II, drawn as a clown, somersaulting between the Eastern and Western borders of the fight.