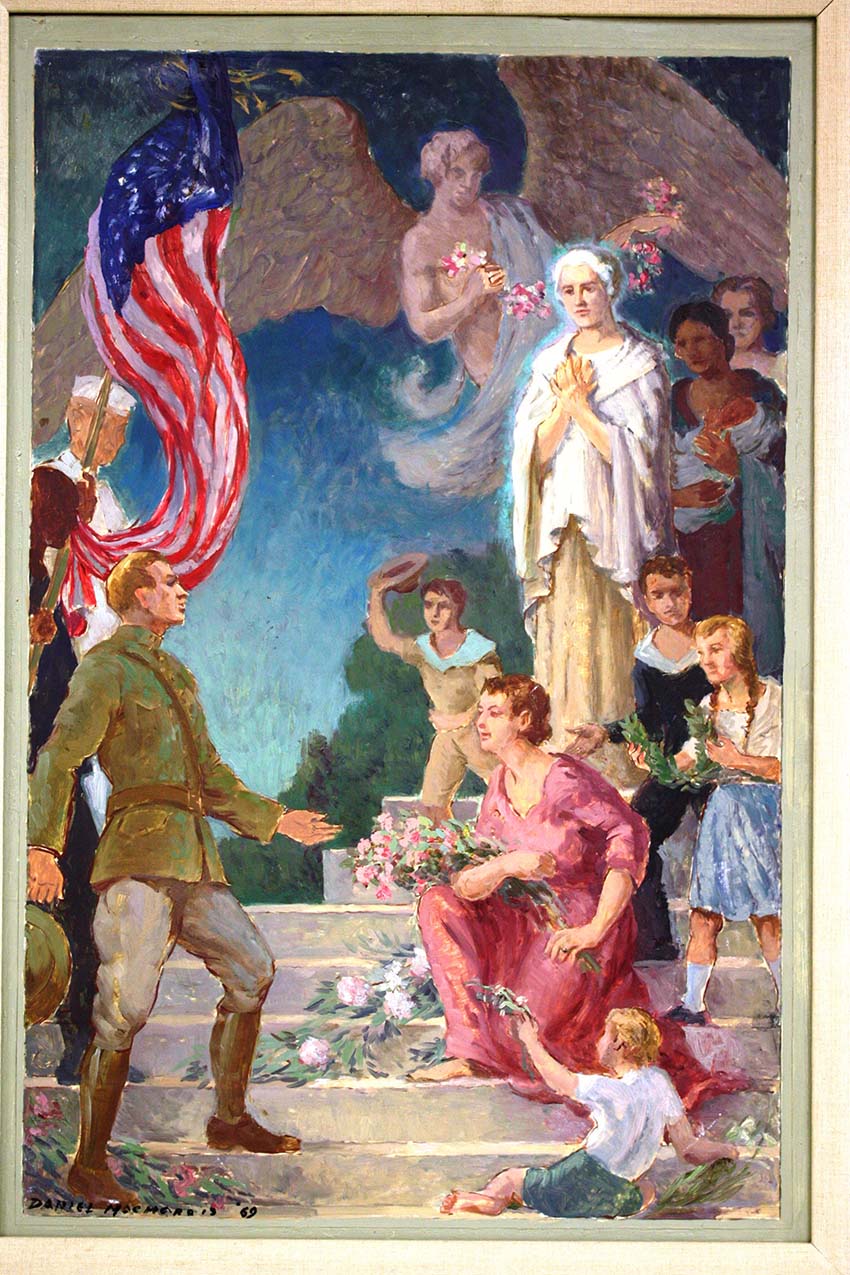 As patriotic gestures, families hung flags with blue stars in their windows during World War I to show that they had family members in the armed forces. These flags appeared in every city and town across the United States, expressing national unity and resolve.

During the war, Blue Star flags hung in the windows of homes, silently telling passersby that a family member from that house was in wartime service.

In 1918, the Women’s Committee of the Council of National Defense claimed that “the basic idea of the service flag is that there shall be a blue star used to represent each person, man or woman, in the military and naval service of the United States or [serving with] the allies. For a person killed in action, a gold star shall be placed over the blue star, entirely covering it.”

A recent donation to the Museum is a painting done in 1969 by Daniel MacMorris in preparation for creating his mural in Memory Hall on the Blue Star Mothers.