By 1915, the great demand for material resources to support the war effort caused supplies that German civilians and soldiers commonly used to dwindle, increasing their costs and value. Rationing and substitution became routine among many nations, but especially in Germany after the British Navy imposed the blockade.

As deliveries of goods to Germany decreased, creating and promoting ersatz products became commonplace. (Ersatz means “substitute” in German.) Officials claimed that ersatz materials were just as good as the originals, such as paper fiber for canvas, acorns for coffee and roasted plum leaves for tea. Culinary creativity thrived from limited stocks of ingredients. Kriegsbrot – war bread – used rye, potato meal, sugar and an ever-decreasing amount of wheat (which was replaced by sawdust). Coffee became near-impossible to obtain and several substitutes were created, including one made from roasted oats and barley, flavored with extracts from coal tar.

To learn more about wartime ersatz foods, check out this online exhibition on the preservation, preparation and substitution of food amid worldwide rationing.

War Fare: A Culinary Exploration of World War I

Ersatz expanded from the kitchen to the closet, with paper clothing becoming fashionable: a cheaper, lightweight alternative to wool and cotton that could be cleaned with an eraser. Menswear often featured cloth woven from shredded newspapers and other recycled papers. These trends would continue into the post-war years.

Hermann Schmoldt owned a general merchandise and clothing store in Altenbruch, Germany during the war. Items from the store, brought to the United States when his son Wilhelm emigrated in 1922, were donated to the collection of the National WWI Museum and Memorial in 2016. Objects include an ersatz paper pullover shirt with button-front placket; Knaben – Herren Confection paper men’s trousers with original tag featuring a six-pointed star, an eye symbol and a large printed “S”; and two pairs of suspenders, one from March 7, 1918. 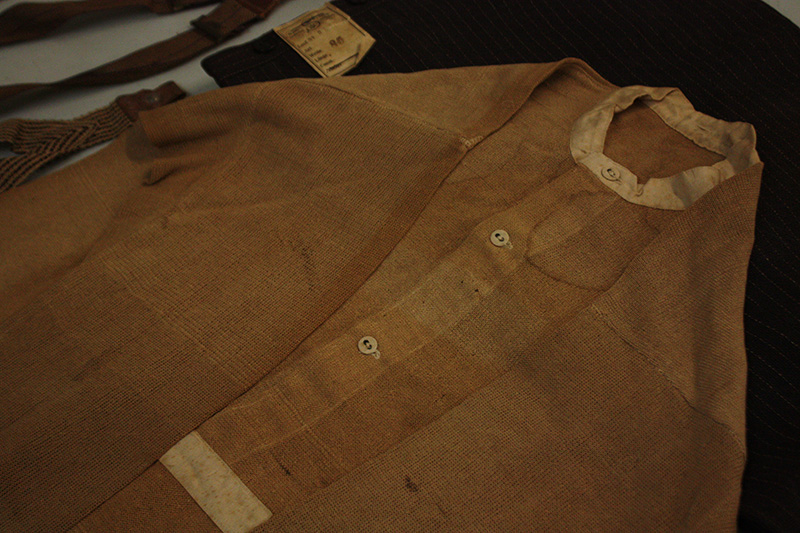 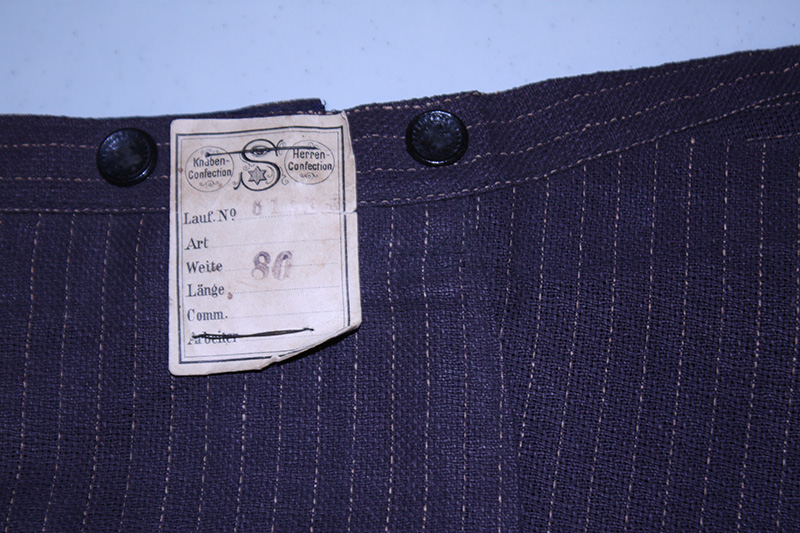 Not all ersatz items had the stigma of poor quality associated with the term today. Many American soldiers in Germany on occupation duty after the Armistice found these items useful and affordable. In one letter from the Museum and Memorial’s collection, Sergeant William E. Steege wrote to his girlfriend (and future wife) Dorothy Hollmann, “My lightheartedness was brought about by the announcement yesterday that Friday I would go home and so this morning I stopped at the store and bought a very fine 'ersatz' suitcase - for 30 marks, The leather cases cost 650 marks, so I decided that paper was also very nice.” 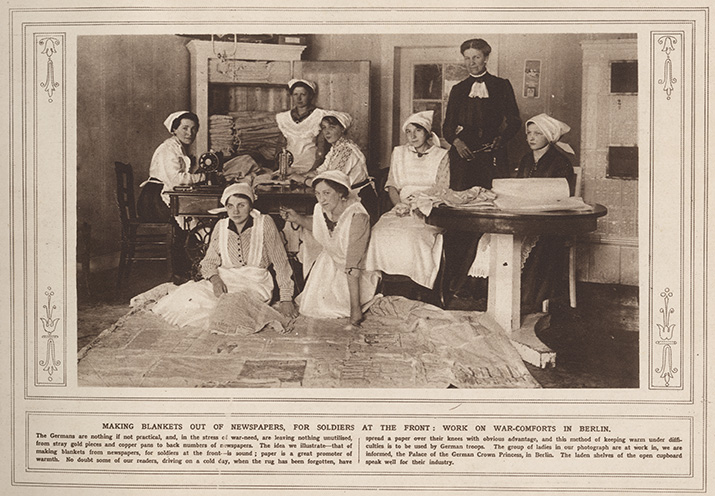 “The Germans are nothing if not practical, and, in the stress of war-need, are leaving nothing unutilised [sic], from stray gold pieces and copper pans to back numbers of newspapers. The idea we illustrate—that of making blankets from newspapers, for soldiers at the front—is sound; paper is a great promoter of warmth. No doubt some of our readers, driving on a cold day, when the rug has been forgotten, have spread a paper over their knees with obvious advantage, and this method of keeping warm under difficulties is to be used by German troops. The group of ladies in our photograph are at work in, we are informed the Palace of the German Crown Princess, in Berlin. The laden shelves of the open cupboard speak well for their industry.”